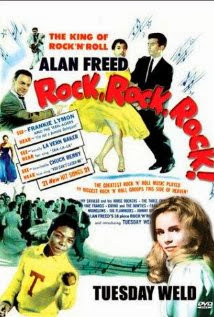 In late 1950's a new kind of music became extremely popular in US known as Rock-n-Roll. Today's 'Long Forgotten musical tracks' features a song from one of the earliest films based on Rock-n-Roll music. The film, titled as 'Rock, Rock, Rock!' was a 1956 black-and-white motion picture featuring performances from a number of early rock 'n' roll stars. This song was one of the most popular songs. Indian readers might recollect a Bollywood song “ Lal Lal Gaal,” directly copied from this track.

You can also copy and paste the link http://youtu.be/JmHBFv53K5k in your You Tube App. If that also does not work, search You tube,Jimmy CAVALLO & His House Rockers " Rock , Rock , Rock " !!!