What is happening in Air India? 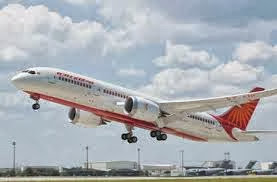 In 1960's, and 1970's, Air India, India's national airline, was considered as one of the best in the world in terms of passenger service and comforts. First it operated with a fleet of propeller driven super constellations and later with Boeing 707 aircraft. I still fondly remember my first international flight way back in 1975 from Mumbai to Rome. The aircraft was comfortable and the food and the drinks were really good. The Air India Hostesses those days, also wore sarees like today, but those days Air India saree designs made a fashion statement and many Indian women bought sarees similar to Air India designs in the market. Mr.J.R.D Tata, head of one of India's largest industrial group, used to be Air India chairman too and he personally ensured that the airline would always adhere to greatest standards in airline business.

Things however started degrading around 1975. India's prime minister Indira Gandhi asked JRD to relieve his post and brought some Delhi bureaucrat in his place as the chairman, who knew nothing about airlines business. The standards of service deteriorated and so did punctuality. Government struck another blow to Air India in 2007, when it was merged with L’Enfant terrible of the airlines in India, the state owned Indian Airlines, that was besieged with every possible problem. This merger further brought down the Air India service and standards.

The advent of private airlines in Indian skies, broke the monopoly of the state owned airline and brought further woes to it. Even 6 years later, the merger with Indian Airlines is still only 70% complete and the merged company still has ongoing problems with pay and career progression disparities between two. Air India has a long history of labour problems and big debts. Simmering disputes with staff still continue. Air India today is a huge loss making company with massive debt and can survive only on funds from the Government.

The image of this once immensely popular airline is so bad that people would only think of flying by Air India if there is no other choice. The reasons of this bad image unfortunately have nothing to do with company's bad financial situation or the aircraft it flies. The bad image originates from little incidences that can be easily avoided with a good management systems with proper checks.

In May 2013, an incident was reported in which the autopilot system of an Air India passenger jet, was accidentally switched off. According to news paper reports, a stewardess had accidentally turned it off while two pilots took a break. Later during the same month, an Air India flight was forced to land after the pilot was locked out of the cockpit during a toilet break. He was unable to gain access to the cockpit, because of a jammed door. 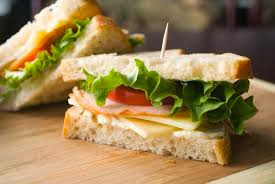 Now two more incidences have been reported again showing the extreme carelessness of the service and inspection staff of the airline. A passenger, flying Air India flight from New York to New Delhi on 28th September 2013, complained that he had found worms in his mid-flight sandwich, which he discovered during the flight. An Air India spokesman tried to shift the blame on the caterers in USA. According to him the subject food item was picked up in the US and not in India and involved a leading caterer who supplies all US airlines. Normally, caterers had very strict hygiene conditions, but Air India would take suitable action against the caterer.

Finally, this week, a large panel in the underneath of an Air India Bangalore-bound Dreamliner jet aircraft fell off in mid-air. Experts say that though the aircraft landed safely, the incident put about 150 passengers on board at a grave risk. Air India officials say and have told the Indian Directorate General of Civil Aviation probing the incident that there was no emergency even though there had been a "gaping hole" in the aircraft. 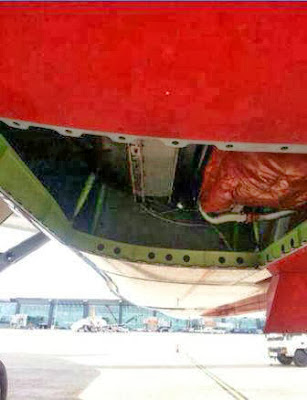 It is obvious that all these incidences could have been avoided by having simple management controls and proper pre-flight inspections done by the staff. It is very common to see broken seats, missing neck towels and cracked internal body panels patched up with scotch tape on Air India aircraft. However, most of the problems originate from Air India's staff, who have become lethargic and inefficient. They are neither shown the carrot nor the stick. No wonder, that India's aviation minister says that he wouldn't mind privatizing the airlines if he has a chance.

I want to end with a little experience of my own with one of the world's best airlines today, Singapore Airlines. On a Singapore-San Francisco flight, I found out that the TV screen in front of me did not work. Since aircraft was full to the brim, the flight steward could not exchange the seats. I had to spend next 15 or 19 hours without any inflight entertainment and I was very unhappy with the airline. Towards the end of flight, a staff member came to me to apologize for the defective TV screen and as a compensation handed over to me a coupon for $150 to buy anything I wish from in flight service. I was quite pleased by this attempt to make up for an obvious service or maintenance gaff. This is what customer service is all about. You would never find Air India staff behaving in such courteous fashion.

Unless Air India improves their customer relations and services and maintain their aircraft properly, they can never regain their lost prestige

Email ThisBlogThis!Share to TwitterShare to FacebookShare to Pinterest
Labels: Air India, autopilot switched off during flight, body panel falling during flight, merger with Indian Airlines, pilot gets locked out, poor standard of service, worms in a sandwich