Water: from toilets to tap 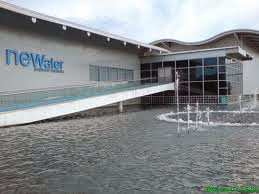 The island country of Singapore, even since it became independent in 1965 from Malaysian federation, always had one vulnerability; inadequate availability of water for use of its citizens. Even though there is substantial rain fall over the island, it has little or limited land to collect and store rainwater. Authorities in Singapore, realising that the local catchment water is the main strength of sustainable water supply, have been making a dedicated effort to increase the water storage capacity by building new reservoirs.. Since 2011, the water catchment area has been increased from half to two-thirds of Singapore’s land surface with the completion of the Marina, Punggol and Serangoon Reservoirs. Singapore collects rainwater through a comprehensive network of drains, canals, rivers, storm-water collection ponds and reservoirs before it is treated for drinking water supply. This makes Singapore one of the few countries in the world to harvest urban storm-water on a large-scale for its water supply.

In spite of all this effort, the country is still deficient of water and needs to import water from the Johor state of Malaysia. Singapore has been importing water under two bilateral agreements. The first agreement expired in August 2011 and second agreement will expire in 2061. Some elements in Johor are not happy with this arrangement and keep making noise against the agreements. Singapore has always felt strategic vulnerability because of this dependence on Malaysia and has been trying to create alternate additional sources of water.

Singapore has one of Asia’s largest seawater reverse-osmosis plant, which produces 30 million gallons of water a day (136,000 cubic metres) to meet about 10% of Singapore’s water needs. A second and larger desalination plant with a capacity of 70 million or 318,500 cubic metres of desalinated water per day, the Tuaspring Desalination Plant opened in September 2013. 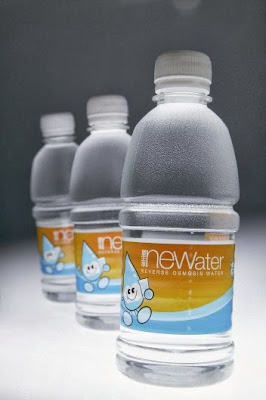 Another significant step taken by Singapore Government towards self sufficiency in water is the project to produce high-grade reclaimed water produced from treated used wastewater that is further purified using advanced membrane technologies and ultra-violet disinfection, making it ultra-clean and safe to drink. The project is named as NEWater and the first plant was opened in 2004. This plant has been now closed but during last 9 years, 4 new plants were added. Together, Singapore's four NEWater plants can meet 30% of the nation’s water needs. Singapore Government wants to expand the current NEWater capacity by 2060, so that NEWater can meet up to 55% of future water demand.

However Singapore's water deficiency is essentially related to non availability of enough landmass to store water. It gets abundant rainfall but is unable to retain it. But there are many countries in the world, which have huge landmass available but water itself is not available. The port city of Durban in South Africa is one such city facing acute shortage of water. City's municipality relies on the Umgeni river system for water. But demand on the system, which supplies drinking water to about five million people and fuels industry in the economic hubs of Durban and Pietermaritzburg, a town 66 kilometers from the coast, has outstripped supply for the past seven years. 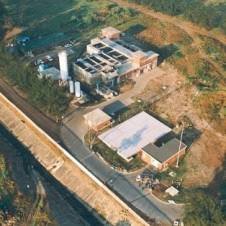 To tide over the difficulty, municipality has been investigating use of desalination plants as done in Singapore. But these are very expensive to build and run as an individual plant may cost around $300 Million. Left with no other option, the city wants to make use of recycled wastewater like Singapore's NEWater. The city would upgrade two of its wastewater plants with a three-stage system that uses filtration, reverse osmosis, ultraviolet light and chlorination would be used get the water to drinking quality. The treated water would also be stored and tested before being released. It plans to mix this purified water with conventional drinking water at a ratio of 30 percent to 70 percent before supplying it to some parts of the city. Reusing wastewater in this way, will add 116 megaliters of tap water to the municipality’s supply daily.

However people do not like to consume purified wastewater. In Singapore, most of it is used for industrial consumption. In Durham there has been opposition to the plan, including the submission of a 5,000-signature petition from the public. Citizens have raised concerns about the safety of drinking the reused water. “Recycling of toilet water to drinking water is a death sentence to the general public because of health implications,” says one person.

I have purposely taken here two examples, one from an affluent country and another from a poor developing economy just to highlight the fact that in future water is going to be a commodity that would be in perpetual shortage. In future, many human habitations would be forced to recycle their wastewater, whether they like it or not.