Visa troubles for Indians and Chinese 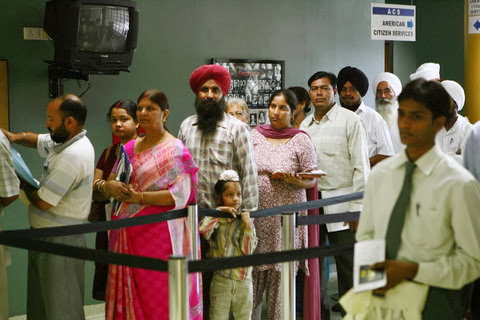 Recently, Henley & Partners, a firm that works on international residence and citizenship planning, has published in collaboration with International Air Transport Association (IATA), a trade association that represents global airlines, a global index that ranks countries based on freedom of travel for their citizens. In other words this index tell us the number of countries that would allow Visa-free access to citizens of a particular country. According to this firm, “Visa requirements or the lack thereof are an indication of the relationship between individual nations and the status of a country within the international community of nations.”

It does not require great imagination to predict that India would be placed at a very low ranking on this index along with other poor and populous countries of the world. In fact, India has been placed at the the 74th position with just 51 other countries giving visa-free access to their countries to Indian citizens.
There has been much discussion in Indian media about this and some consider it as damaging to the national prestige. Eric Neumayer, a professor of London School of Economics, writes in a paper and I quote “The poorer, the less democratic and the more exposed to armed political conflict the target country is, the more likely that visa restrictions are in place against its passport holders. The same is true for countries whose nationals have been major perpetrators of terrorist acts in the past.” India does not fit the bill here. There are no major terrorist organizations here, in fact country is a target of external terrorist threats.

Some experts believe that country’s low ranking could be attributed to the tendency of Indians to misuse policies or there is a tendency on the part of Indians to end up as economic refugees in foreign countries. Certainly there is some element of truth in this but what is wrong if a young man aspires to lead a better life and future by migrating to a country, where he might feel that he has a better chance? If you see history of United States, the country has been built by immigrants from east Europe, Africans and Hispanics with Chinese coming in later. 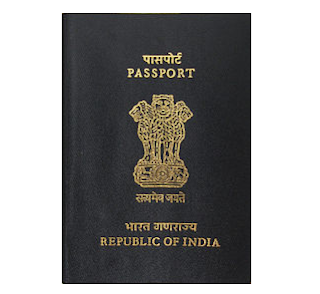 During years after independence, visa situation was radically different for Indians. No visa was required for Indians to travel to countries in British commonwealth including Britain itself. I remember that in 1975, when I had first made a journey to England, no visa was required and in fact there was a separate channel of entry at the ports for commonwealth citizens. In Europe, things differed from country to country. For Germany, no visa was required for Indians even up to 1980's. Switzerland and France required Visa but there were no restrictions and essentially it was a source of revenue for the Governments.

Things changed slowly after that and we have a situation today, where almost all developed countries require a visa for Indians. Many countries issue a visa only after interviewing personally the applicant. The principal reason for this is sited as Indians tend to enter these countries as tourists and then just stay on somehow. Britain is even thinking of a most radical step, when a few months ago, Britain’s Home Office issued a statement that visitors from India would have to pay a 3,000 British pound refundable bond for visas. India was placed among a group of “high-risk” countries that comprised of Bangladesh, Ghana, Nigeria, Pakistan and Sri Lanka.

Coming back to the global index I mentioned above, Chinese citizens have even lower visa-free access than India, with China placed at rank below India at 82, along with Cameroon and the Congo. Chinese are far more prosperous and have much more cash to spend. Even then, they need to apply for visa to almost all countries. Why is it so? It should be obvious by now that visa restrictions have nothing to do with poverty or richness of the applicant's country. According to me, there is a strange fear amongst most developed countries about Indians and Chinese, flooding in and settling down in their countries. Let me explain! For most of the developed nations, except for USA, the population growth rates per couple are actually negative or below population maintenance rate of 2.3. There is a shortage of labour and all these countries need to import labour. Many Indians and Chinese would be more than eager to migrate and work in the developed world because of much higher standard of living. The Governments of these countries are well aware of this fact, but the problem is that the ethnic populations of these countries, do not want to change demographic mixture in the country by bringing in Indians and Chinese, who form distinctly different racial groups. For this reason only, Britain prefers east European labour over Indian or Pakistani labour. East European labour is racially not much different from the native population of Britain. However we should note that this is not only an European phenomenon. Japan and Australia also have same worries. 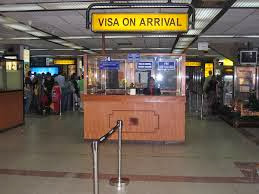 Recently Indian Government has announced visa on arrival for citizens of 40 countries, establishing an online application system for visas and facilitating visa on arrival for pensioners and those attending conferences. The countries under this regime also include the US, the UK, Germany, France, Brazil, Russia and China. This measure is to boost tourism and it is likely to remain just that. If some one is hoping that there would be some reciprocal concessions from these countries, he is likely to be disappointed. Visa regime for Indians, who want to travel abroad is unlikely to change and would might even become more and more restrictive in future.

Lastly to put things in proper perspective, out of the Indian population of 1.2 Billions, a very small percentage of people are really affected by whether Indians have visa free access to developed countries or not. They neither want to travel abroad nor can they afford it. For large majority of Indians, this might just be a remote difficulty faced by the rich of the land, and they are least likely to pay any attention to it. For them, the struggle for survival remains the biggest difficulty.