The night of the wild winds 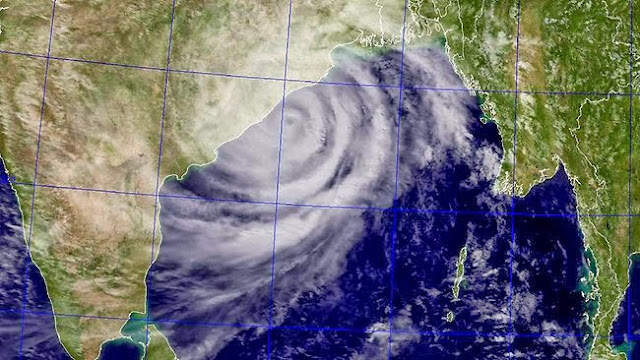 It could have been the deadliest disaster of the century for India. Yet some excellent planning in advance and tireless efforts put in by hundreds of Junior Government officials, the tragedy has been totally averted and every one in India has heaved a sigh of relief.

In the month of June 2013, a multi-day cloudburst had opened its wrath on the North Indian state of Uttarakhand caused devastating floods and landslides in the country's worst natural disaster since the 2004 tsunami. As of 16 July 2013, according to figures provided by the Uttarakhand government, more than 5,700 people were presumed dead including 934 local residents. Destruction of bridges and roads left about 100,000 pilgrims and tourists trapped in the valleys. It was left to the Indian Air Force, the Indian Army, and paramilitary troops to evacuate more than 110,000 people from the flood ravaged area.

Last week, as the Indian Meteorological department (IMD) announced the formation of a severe cyclone in the bay of Bengal, menacingly advancing towards India's east coast, many of us remembered the 1999 cyclone, which had battered this region and had taken the lives of 10000 people. It was clear that another mega disaster was on its way, which might overshadow the Uttarakhand clodbursts.

Adding to the worries, many international agencies including the US Navy Joint Typhoon Warning Center and Britain's Met Office had termed this cyclone, named as “Phailin” a "super cyclone" and repeatedly warned it would be immense. A noted American meteorologist Eric Holthaus predicted that the IMD was underestimating the potential winds and surges of Phailin and forecast it will be a Category 5 cyclone. However IMD remained firm and kept telling that Phailin is a 'very severe cyclone' and refused to categorise it as a 'super cyclone'.

On 12th October 2013, most of the Indians remained glued to their Television sets as news media kept transmitting live, the eye witness accounts from the places which were expected to be hit by the cyclone. Meanwhile the Government machinery kept working behind the scene as they persuaded some nine hundred thousand people to evacuate their homes and move to some 500 odd cyclone shelters certified to be cyclone proof in perhaps, India's biggest evacuation operation ever.

The cyclone Phailin roared in and made a landfall around 9PM, packing winds of about 200km/hour, exactly at the spot predicted by IMD with even wind speed exactly following their expectations. It wasn't a super cyclone after all as foreign weather pundits have been harping upon. The sea surged more than 3m high and flooded areas of Ganjam, Khurda, Puri and Jagatsinghpur districts of Odisha state and the Srikakulam district of Andhra Pradesh. Preliminary estimates suggest the cyclone affected 8 Million people in Odisha, the state that bore the brunt of its fury, hitting 14,500 villages and 39 civic bodies. Half Million hectare of standing crop is reported as damaged and properties worth Billions of rupees lost. In Ganjam district alone, around Two hundred forty thousand houses were partially or fully damaged, according to Ganjam collector Krishan Kumar. 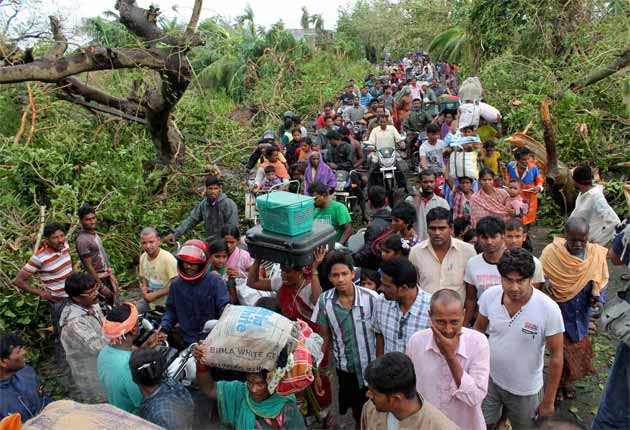 Loss of property and standing crops is certainly a calamity for the people who have suffered. However the fact remains and matters most is that they are alive and healthy. As one citizen told on TV, “it is important that we are alive, houses can be rebuilt.” Rehabilitation work has began now in right earnest. Ganjam collector Krishan Kumar says that major roads in the district were cleared while power supply was expected to take another 48 hours to get restored. Airport has opened and train services have started. 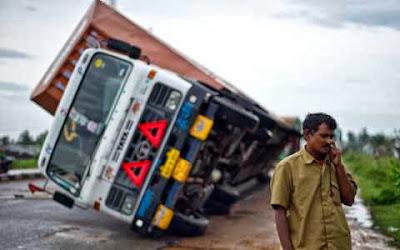 I can understand and appreciate that the rehabilitation work would take a long time, effort and money, but I am sure that like any other calamity, Indians from everywhere else would give a helping hand to the cyclone affected people.

Hundreds of terrified residents spent the night huddled in shelters, schools and public buildings in the coastal town of Gopalpur witnessing a torrential 25cm of rain hammering down on them. Then came the morning, bright and sunny as it could be, the cyclone had passed over. But the most important thing was that each and every one of them was alive, fit and healthy.

All the Government agencies deserve full credit for saving the people. It was a great effort that saved the people living around Gopalpur town on east coast of India, from a calamity which otherwise could have become the deadliest disaster of lifetime for them.