The clock hidden within us 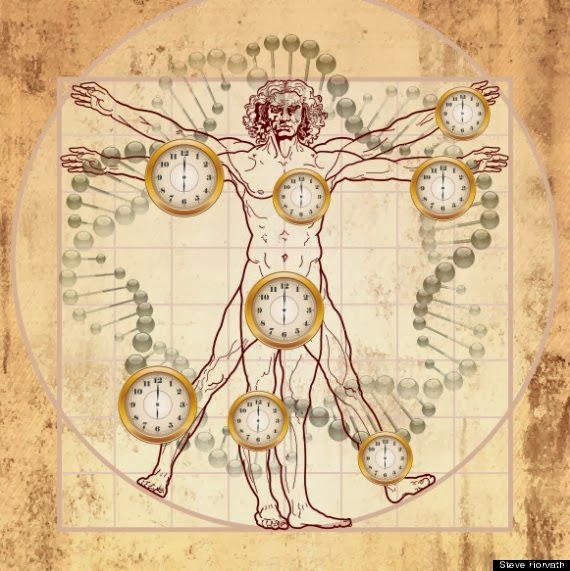 The other day, we had a get-together of my schooldays friends, all of whom have now crossed seven decades of their lives. As happens at any such gathering, the topic of discussion, soon turned to the common health issues. I found out that out of 8 or 10 friends, most wear wearing glasses and some had cataract operation done, at least 4 had diabetes, that required regular medication. Some had problems with their joints. A couple of friends had heart problems. Some other ailments like asthma were also mentioned. I wouldn't call these health issues as alarming or anything of that sort. In fact for any group of male/female humans above 40's, health problems always appear and seem to be the more of a rule than an exception.

Afterwords, I kept thinking about one very peculiar observation. All my school day friends appeared to be in good health, in spite of the ailments with certain body organs. Most of them said they have good appetites, take exercise and sleep well. This means that they are keeping good health or most of the their body parts still function like a well oiled machines. Then why is it that only certain organs say like eyes, hearing mechanism in the ear, pancreas or heart muscles, show signs of aging, when all other body parts are working well?

Interestingly, I came across a news article, which talks about the research done on this very subject. Dr. Steve Hovarth of the University of California, Los Angeles, USA, studies human aging. In a recent study, as reported in the scientific journal Genome Biology, he has found out that different parts of the body age at different speeds - some faster, others slower and significantly, diseased organs show ages many years in ahead of the rest of the normal body. 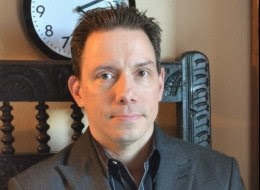 The idea of a biological clock somewhere hidden inside us is nothing new. Earlier attempts were made to link such body clocks to saliva, hormones and telomeres. Now Dr. Hovarth has thought of a new clock, an internal timepiece, tucked away in body's DNA, able to accurately gauge the age of diverse human organs, tissues and cell types. To discover this clock, Dr. Hovarth focused on a naturally occurring process that chemically alters DNA and which is known as methylation. DR. Horvath studied in depth, 121 sets of data collected previously by researchers, who had studied methylation in both healthy and cancerous human tissue. Analysing 8,000 samples of 51 types of tissue and cells taken from throughout the body, Dr. Horvath charted how age affects DNA methylation levels from pre-birth through 101 years.

After this, he zeroed in on 353 markers that change with age and are present throughout the body and called them as markers that constitute the biological clock. He tested the clock's effectiveness by comparing a tissue's biological age to its chronological age. Repeated tests showed that the clock was accurate. Dr. Hovarth adds: "It's surprising that one could develop a clock that reliably keeps time across the human anatomy. My approach really compared apples and oranges, or in this case, very different parts of the body: the brain, heart, lungs, liver, kidney and cartilage." 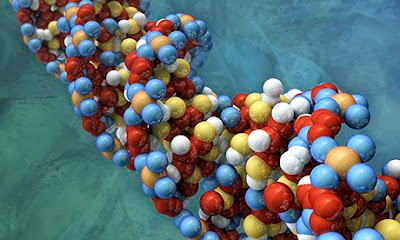 Dr. Hovarth also found that tumor tissue are ranked by his biological clock on an average of 36 years older than healthy tissue. This explains, why age is a major risk factor for many cancers in both genders. Another important discovery by Dr. Hovarth concerns stem cells. These cells are usually found in young fetus inside mother's womb and are not fixed as to developmental potentialities or are especially capable of differentiating into one of many cell types, which can develop in different organs of the body. These cells are known as pluripotent stem cells. An adult body also has some pluripotent stem cells, that have been reprogrammed to an embryonic stem cell-like state, enabling them to form any type of cell in the body and continue dividing indefinitely. Dr. Hovarth says in a surprising discovery: "My research shows that all stem cells are newborns," he said. "More importantly, the process of transforming a person's cells into pluripotent stem cells resets the cells' clock to zero."

Dr. Horvath's biological clock is also capable of changing the clock's rate speeding up or slowing down depending on a person's age. At birth, the clock is faster and continues like that till adolescence. But after about 20 years age it slows down to a constant rate for the rest of the life.

It must be understood that Dr. Hovarth has only discovered the clock. No one knows how Dr. Hovarth's clock works. Theoretically, it is possible to reverse a process if one understands how it is taking place. Aging is no exception. Horvath's work, being a clear identification of a biochemical process linked to aging is important because by understanding how Hovarth's clock works, it may be possible to get the key to aging, and perhaps develop ways of stopping or slowing it down.

It might be great idea to ensure that all body organs age at exactly same rate. Imagine your eyes, hearing, pancreas, heart, everything slowing down slowly exactly at the same rate. This would ensure that a healthy person does not have a disease or an ailment today, which he would have otherwise had 20 years later, when his body would be much weaker biologically.