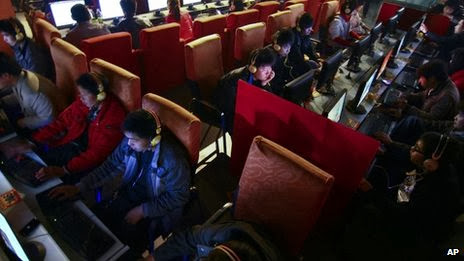 In a blogpost written few day ago, I had mentioned about the amazing volume of data on the net that is monitored or collected by the US National Security Agency (NSA) and its collaborator in Britain, GCHQ. Surprisingly, all this fades away in background, when you compare it with what is happening in China. It is a known fact that China has about 600 Million internet users and is second after USA in worldwide rankings. About 42% of Chinese population have access to internet.

This is in spite of the fact that world's most popular microblogging site 'Twitter' remains banned in China. It has its own popular microblogging site, 'Sina Weibo', launched in 2010. This site now has more than 500 million registered users with 100 million messages posted daily. That is just amazing volume of traffic of data. Topics discussed on Sina Weibo cover a wide range; Personal hobbies, health, celebrity gossip and food safety. However, most popular topic includes politically sensitive issues like official corruption. Many web users are tempted to use microblogs to criticize the state or vent anger against the authorities and communist party.

Even with that kind of traffic, internet in China remains one of the most controlled and censored in the world. Websites which are considered as subversive are routinely blocked. Politically sensitive postings are routinely deleted to a ridiculous extent. A report on BBC, mentions: “ The name of the former Prime Minister Wen Jiabao was censored when rumours were circulating on the internet that his family had amassed a fortune while he was in power.” Chinese seldom reveal details about how they monitor and control the internet. The government even does not even acknowledge that it blocks web sites. Even on Microblogging sites, postings deemed to be politically incorrect are routinely deleted. 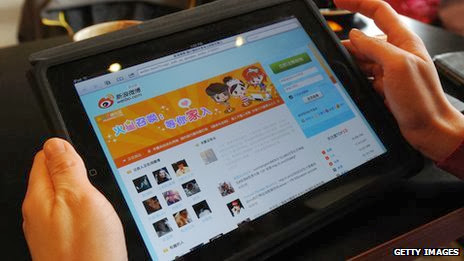 In a recent article, the news paper “Beijing News” has perhaps for the first time has accepted that the net is controlled and censored in China. I often wonder, how Chinese manage to do this considering the volume, particularly the microblogs on Sina Weibo. A survey done by BBC reporters recently says: “ Deletions happen most heavily in the first hour after a post has been submitted. About 5% of deletions happened in the first eight minutes, and within 30 minutes almost 30% of the deletions had been made. Nearly 90% of deletions happen within the first 24 hours.” To achieve this kind of efficiency is no mean task.

The “Beijing news” report, which I mentioned earlier, now is shedding more light on this mammoth operation. Chinese Government employes more than two million people in China to monitor web activity. These monitors are called as internet opinion analysts, and are on state and commercial payrolls. They are not required to delete postings but rather strictly gather and analyse public opinions on microblog sites and compile reports for decision-makers. They work by typing in certain sensitive key words, which are specified by the Government agencies and then monitor negative opinions about the Government, gather them and compile reports and send reports to Government agencies. Monitoring software used by these internet opinion analysts is extremely sophisticated and supported by thousands of servers. It also monitors websites outside China. Report adds that Chinese Government is even going to conduct teaching classes in October 2013, to teach the participants how to analyse and judge online postings and deal with crisis situations.

The Government however does not control all censorship activity directly. It has sub contracted Chinese companies like Sina Weibo to maintain internal censorship regimes. If these companies have insufficient controls, the government takes action against the company.

With such strict controls in place, I wonder about the likely impact of the censorship and whether the deletions and other forms of censorship actually stymie free thought. “Beijing News” report answers this in an oblique reference. The report complains that it is impossible for the government to delete all "undesirable" postings and with the rapid growth of internet users, the ruling Communist Party has found itself fighting an uphill battle. The report adds that more the postings deleted, more of them appear. This is very interesting, isn't it?The simple truth is that you may be in US or China or anywhere else in the world, what you do on the net is monitored and controlled, at least in China.