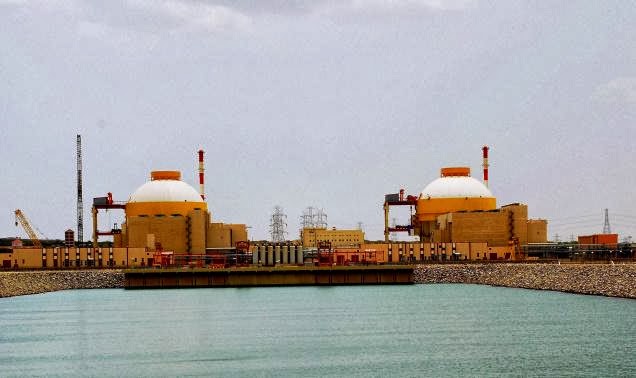 Exactly 25 years after, India's then prime minister Rajiv Gandhi and USSR premier Gorbachev signed their historic agreement in 1988, for the export of two 1,000-MW VVER (Voda Voda Energo Reactor, or, pressurised light water reactor) by USSR to India, the first of the reactors at Kudankulam has fed few Megawatts of electrical power to power hungry southern electrical grid this week, even though on an experimental basis.

This token achievement is still a great achievement, as the project was dogged by endless number of controversies and litigation resulting in protests and delays. Even though the project was given a signal in 1988, physical work on the project or “first [pouring] of concrete” was started only on March 31, 2002. The Atomic Energy regulatory board gave its nod for initial fuel-loading on August 10, 2012, and subsequently granted clearance for the “first approach to criticality” on July 11, 2013. 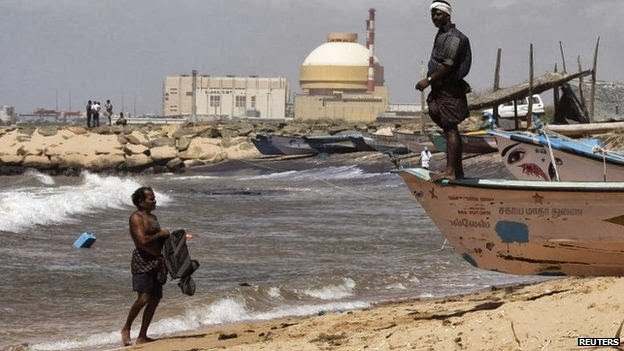 As the project work started, the anti-KKNPP (Kudankulam Nuclear Power Project) agitation also gained momentum in neighbouring Idinthakarai. This temporarily impeded the project’s progress. Government says that this agitation was funded by some foreign NGO's. Whosoever was behind the agitation, it created many hurdles for the project. The agitation gathered further steam with Japan’s 2011 Fukushima nuclear power plant accident. As Kudankulam Nuclear plant is located on the coastline hit by the 2004 Asian tsunami, opponents of the plant say that a disaster similar to the one at Fukushima in Japan in 2011 can hit the plant in case of a Tsunami. The agitators managed to drum up a massively supported agitation last year. The matter was then referred to Supreme court of India.

Finally, way was cleared for the Nuclear power station, when in May 2013, Supreme Court ruled that the power station could start operations as it was "safe and secure." The first reactor at Kudankulam attained criticality at 11.50 p.m. on July 13, 2013. There was further delay as some of the Russian-origin components needed fine adjustments, which delayed commencement of power-generation. 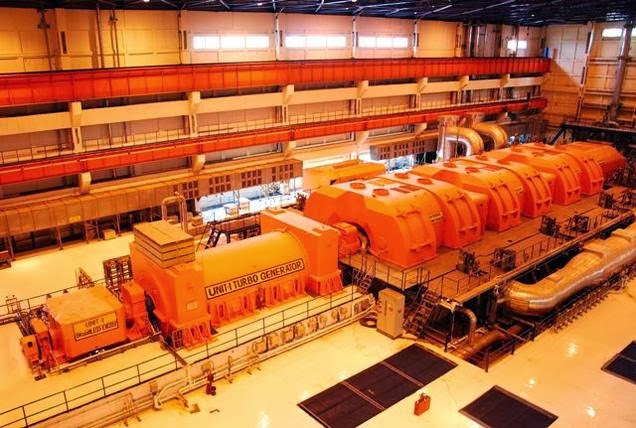 The first reactor, having reached criticality earlier, was on 22nd October 2013, synchronised with the southern regional electrical grid at 2.45 a.m., generating about 75MW first and then gradually notched up 160 MW. However it does not mean that the reactor would now on be connected to the power grid on permanent basis. After about an hour and half, the generators were desynchronised from the southern grid again, as elaborate checks and inspections have been planned for next few days.

“Though the reactor will continue to generate steam, the turbine will not be allowed to function as it has been stopped [to enable engineers] to study its performance during and after synchronisation. The functioning of the valves and the pipelines connected to the turbine is being evaluated. Moreover, the functioning of the generator is also being reviewed. All these tests and readings are being submitted to the AERB online and clearances being obtained then and there. So far, every part of the reactor, turbine and generator has performed extremely well. We are very much satisfied,” He also says that it would be resynchronised with the grid in next few days and then the power will be further output raised to 500 megawatts, 750 megawatts and 1,000 megawatts in stages,as the plant clears various tests.

The power hungry southern grid may still have to wait for few more days, after all this delay.

The Kudankulam Nuclear Power Project crossed the much-awaited milestone on Saturday afternoon as the first reactor of the upcoming nuclear park attained its maximum capacity of 1,000 MWe at 1.20 p.m. on 7th June 2014.