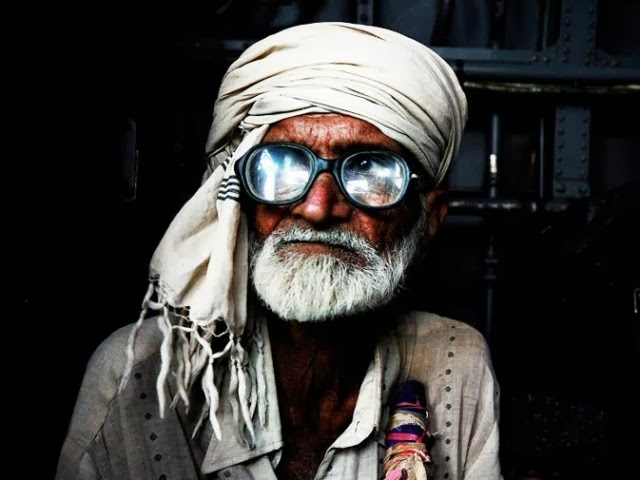 Couple of days ago, the Government of Maharashtra state in India, in which I do live, approved its maiden Policy for Senior Citizens after an inordinate delay of 5 years and some 17 years after Federal Government in Delhi had approved a similar policy. Perhaps the announcement was timed for 1st day of October, which has been institutionalized by United Nations General Assembly on December 14, 1990 as “International day of older persons.”

Being a senior citizen myself, I am naturally interested in such a diktat from the Government. But, before analyzing any aspect of this policy, it would be interesting to see, where we, the senior citizens in India, stand in International comparison. Fortunately, on this very day, an organization called as HelpAge International has launched with the support of the United Nations Fund for Population and Development (UNFPA), a new Global AgeWatch Index for 2013 - the first-ever to measure the quality of life and wellbeing of older people around the world in 91 countries.

We all know that the world population is ageing very fast. There are nearly 900 million people over age of 60 now. According to Silvia Stefanoni, HelpAge's Chief Executive: " People over 60 already exceed children under 5, and by 2050 they will outnumber children under 15. However, the continual exclusion of ageing from national and global agendas is one of the biggest obstacles to meeting the needs of the world's ageing population.”

But what is the situation like in the state of Maharashtra?, where I live. According to a survey, about 10 % of the total population of Maharashtra of 112 Million, is aged over 60, of which 35 % are in the 60-64 age group. It is obvious that we are talking about a group of people here that has very large numbers.

Coming back to the global survey, India has a dismally low overall rank of 73, out of 91 countries, classifying it into the class of worst countries on this index. This overall rank is a combination of individual ranks given on four different factors. India's individual ranks on each of these four factors are listed as:

In the income security domain with more than 5%, of older people with an income of less than half of the country's average income, India ranks 54.

In the health domain India's rank is its lowest, and stands at 85 of 91 countries.

In the employment and education domain, India ranks at 73 with only 20% of the population aged 60 and over having secondary or higher education.

Older people want to have the freedom of choice to live independent and self-reliant lives. The fourth factor, which compares this freedom available to seniors in different countries has been called in this report as the enabling environment domain. In this domain too India's rank is again low and stands at 72.

Such low ranks obviously mean that there are number of short comings for the seniors in India. The report says: “ The average number of years a person aged 60 in India can expect to live is only 17 years. But out of these, the average number of years he/she can expect to live in good health is only 12.6 years. What percentage of seniors in India mentally feel that their life has meaning compared with people aged 35-49, who feel the same? Indians here seem to be doing well with 77.7 % people agreeing. But there is a catch here, the report has included even people in their 50's in the survey, who are still at the prime of life. I am sure that if a similar survey is carried out only for seniors above 60 or 65, The results probably would not be same and quite contrary to this finding.

Any one would expect the rich and affluent countries of the world in the top group. But surprisingly, this report comes up with some unexpected observations that income is not everything for seniors.

“ Those lower-income countries that, regardless of their level of wealth, have invested in policies show positive impacts on ageing. In Sri Lanka ( Rank 36), long-term investments in education and health have had a lifetime benefit for many of today’s older population. Bolivia ( Rank 46), despite being one of the poorest countries, has had a progressive policy environment for older people for some time, with a National Plan on Ageing, free healthcare for older people, and a non-contributory universal pension.

Nepal (77) ranks 62 in the income security domain,having introduced a basic pension in 1995 for all over-70s without other pension income. Though limited invalue and eligibility and with uneven coverage, this is an example of how a low-income country has chosen to make a start in addressing the old-age poverty challenge.”

Would seniors living in India, agree with these findings? At least I do, for these three basic reasons.
a. Leaving aside a privileged class of few Government and semi Government employees, no one gets any pension in India. This has a serious effect on enabling environment factor. With the raging inflation, most of the seniors need to depend on their children for financial help. This has been progressively reducing the enabling environment.

b. Negotiating the physical environment on day-to-day basis, is increasingly becoming an Herculean task for the seniors in India with total lack of infrastructure facilities such as walkable footpaths, pedestrian crossings, absence of parking areas and unruly traffic, making many seniors to prefer staying at home. Public transport is absent or inadequate and not senior citizen friendly.

c. Perhaps the worst nightmare for Seniors in India today is the fear of falling sick. Healthcare costs are growing exponentially today and there are no subsidized healthcare plans for Seniors. Those few, who had taken medical insurance policies in past, find that these old policies do not provide adequate cover, because of the high cost of medicare today. 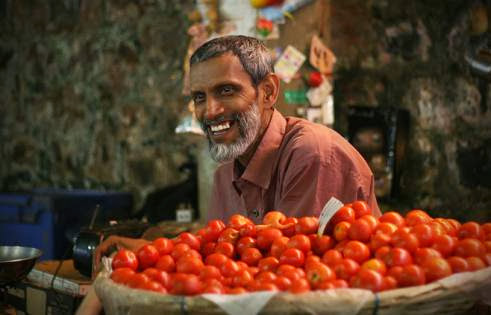 Let us now see if the new Senior citizen policy of the Government of Maharashtra would help in solving problems of seniors at least to some extent. The salient features of this policies are as under.

- A separate commisionerate for senior citizens, - All public transport buses to have a low step at entrance doors, - June 15 to be observed as elder abuse awareness day, - Government-owned public space, halls and temples to be given free to conduct functions /programmes for senior citizens for specific period of time,- A separate gerontology department at JJ hospital in Mumbai, - State government to release a report on status of senior citizens contentment index on October 1 every year, - 50% concession on state transport tickets,- Malls, restaurants, offices and movie theatres to provide wheelchairs to senior citizens.

It would become obvious to anyone that none of the basic problems of the seniors, that I have listed above, are addressed by this policy and except for 50% concession on state transport tickets, no other measure could be called as really helpful. It is apparent, that the state Government is just paying lip service to the cause.

Anyone can see the writing on the wall that seniors are going to face more and more difficult times in future. I just do not know how they are going to cope up with life under greater financial constraints, unfriendly environment and sky rocketing medicare costs. A rather gloomy picture on International day of older persons for the seniors of India.