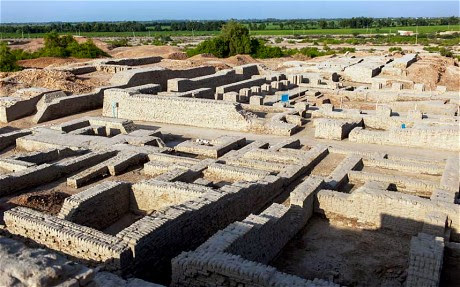 After partition in 1947, many of India's greatest heritage sites, went to new Born state of Pakistan. One of them was the capital of ancient Gandhara state, Purushpur, known in modern times as Peshawar. The second were the 5000 year old ruins of the Indus valley civilization: starting from Mohenjodaro in the south to Harappa in the north. Last but not the least, were the Buddhist rock carvings in beautiful Swat region of Khyber-Pakhtunkhwa province of Pakistan, the entire Jambil Valley, including Panr, Dangram, and Kokaria, is full of such rock-carvings, as is the Saidu valley and the valleys of Manglawar and Banjot.

I have always felt it a great loss that I can never visit these places in my life time. I am sure that thousands of Indians like me, who love our heritage, must also be sad for this loss. Unfortunately there is further bad news now from this lost heritage, which says that the heritage sites are now in such bad state that within few decades, most of them would be gone forever. Leave alone Indians like me, no one from Pakistan even would be able to visit them.

The intricately carved Buddhist rock statues are located on isolated mountain faces, in scenic countryside of Swat and are the beautiful remnants of the Gandhara civilisation. One can find perfect solace, serenity, and isolation from the humdrum of life, even during a visit here. It is obvious that it is no ordinary art. Dr Luca Maria Olivieri, an Italian archaeologist and head of the Italian Archaeological Mission in Pakistan, believes that the rock-carved statues found in Swat, hold immense historical importance and says“These sculptures are typical of the late Vajrayana Buddhist schools active in Swat between 7th and 9th century CE.” The scenic Swat is a perfect home for the intricately carved rock statues. 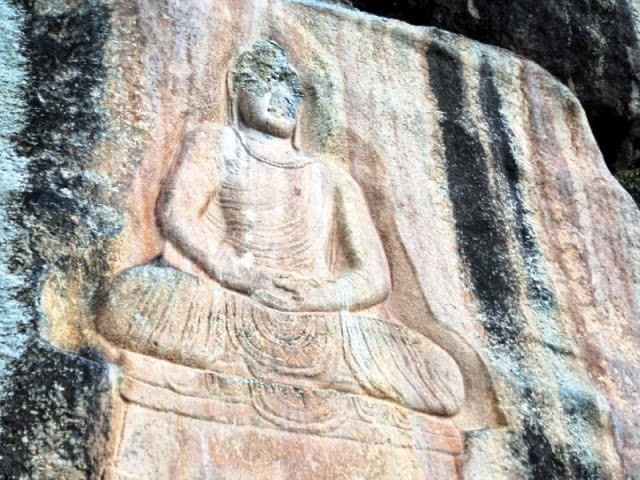 Yet, despite their historic value and uniqueness, the statues are fading due to constant negligence, vandalism, and the lack of a preservation strategy. This great heritage of the country is gradually eroding, losing shape by the day. In addition, a lot of the residents are being misguided by the so-called mullahs to deface the statues. A recent visitor observes: “Without a grain of exaggeration, I can say that within a decade there will be no sign of them.”

Let us now turn to Peshavar. It was the ancient capital of Gandhara and part of Sikh kingdom of Ranjit Singh just about 200 years back. The British took control of the city in 1840. In 1849 they built a building here near the Tehsil office, to serve as records room. This now dilapidated building, even today contains files, carrying stamps with the signature of governor Abu Tabela (Paolo Avitable) from the period when Sikhs ruled Peshawar, and information on British governors and other high officials who served in the region. Apart from records of the district, old maps of all villages in Peshawar district are stored here, which can provide clear details of when the city was walled by the Sikhs.

The building consists of a record hall, which can be entered through two large wooden gates in the north and south of the building, and number of smaller rooms lined on the side. But cobwebs and years of dust on the walls and floor makes it impossible to navigate through the space. The documents and maps have been kept in sacks and are just rotting away. The condition of most of the documents is so bad that majority of the information has been lost. The print is either unreadable or the paper has become so fragile it cannot be opened without being ripped.An official at the tehsil office says: “The provincial government is planning to demolish this building. They think it is a burden because they neither care about the records nor about preserving the province’s heritage.”


Let us now turn to Pakistan's greatest heritage site, the surviving ruins of Mohenjodaro, which was a bronze Age metropolis from about 3000 CBE. Discovered in 1924 by the excavation teams led by Sir John Marshall, the director general of the Archaeological Survey of India, and his successors, Mohenjodaro was a major centre of the pre-Vedic Indus civilisation. It's estimated 40,000 inhabitants were contemporaries of civilisations in ancient Egypt, Mesopotamia, and the Yellow River settlements of China. Like all other cities of this civilisation, Mohenjodaro has evidence of a society that valued good roads, clean water and a system of law that proved that it was a perfectly planned city. 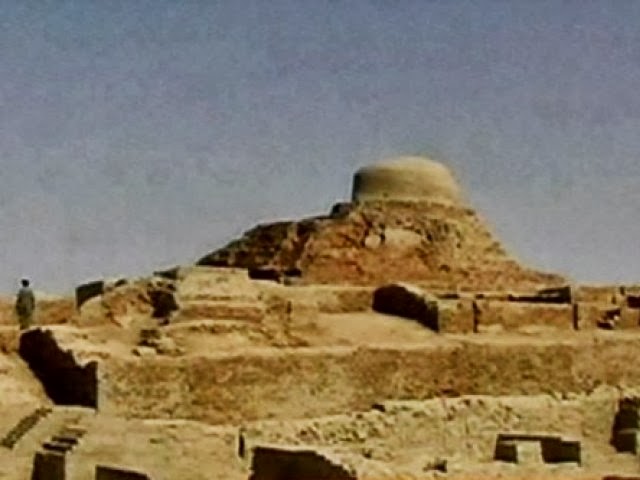 This greatest heritage monument is once again in danger of disappearing. It's clay wall houses, grid system roads, great granaries, baths and drainage systems are crumbling to dust, because of government neglect, public indifference and tourists’ fears of terrorism. Mohenjodaro's curator feel that unless some urgent action is taken this great monument would be lost for ever. He adds: “The ruins, are besieged by the area’s hostile elements. Summer temperatures of 124F (51C), winter frosts, torrential monsoon rains and humid air all combine to leave the sun-dried clay bricks with a dusting of salt crystals that dries them out and sucks them to dust. The site is in effect an island surrounded by flooded rice paddies and the Indus river.”

A small group of workers, archaeologists and helpers, makes an attempt to save the monument by spraying the walls and roads with a protective layer of “sweet”, salt-free mud, and re-point the crumbling mud mortar that holds the bricks together. But their efforts are proving just infinitesimal. A leading leading Pakistani archaeologist, says: “The way things are going, it will survive maybe only another 20 years.”

I feel sad even in describing the state of these heritage sites, which from all descriptions are in terrible state. It is obvious that most of the Pakistanis are either simply unaware about the fact that a legacy of last 5000 years, still exists in their land or are not bothered about it. Pakistani people should realise that these monuments are are not only their legacy but also of 1.2 Billion people of India and they are the trusties. If they are unable to fund the conserving operations, UNESCO or even Government of India would be willing to offer help. Pakistanis must do something and conserve the monuments.