A tree of Gold 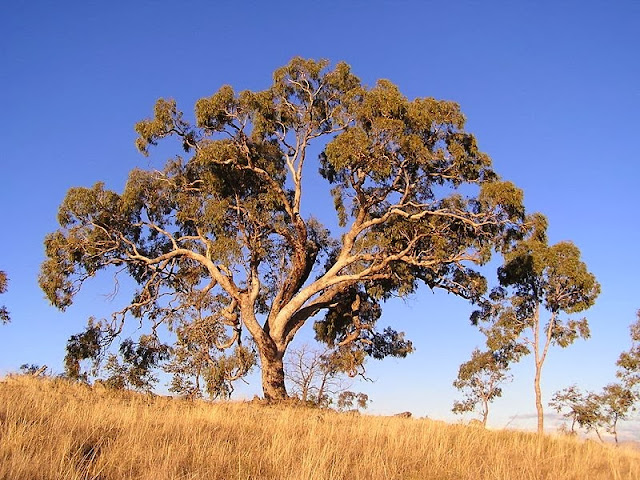 Fairy tales for children, often speak about trees of gold with jewels and pearls hanging from the golden branches. Obviously no sane person in his senses is ever likely to believe in such trees. Yet, Australian scientists have now discovered a real tree of gold. It is just an ordinary eucalyptus tree grown in resource-rich Kalgoorlie region of Western Australia, site of a major gold rush in the late 1800s. But unbelievably, this tree carries gold in its trunk and even in its leaves.

Researchers from Commonwealth Scientific and Industrial Research Organisation (CSIRO) located at Perth in Western Australia have literally struck gold as they have found tiny particles of gold hidden in eucalyptus trees. They say that the eucalyptus trees, sitting on top of gold deposits buried deep underground, suck up the gold in their search for moisture during droughts. According to a study published in Nature Communications, both lab-grown and wild eucalyptus trees were tested for traces of gold by CSIRO scientists.

Dr. Melvyn Lintern, a geochemist at CSIRO considers finding of gold inside tree as a 'eureka' moment. He adds:

“We weren’t expecting this at all. The particular trees that we did the research on appear to be bringing up gold from a remarkable 30 metres depth, which is about the equivalent of a 10-storey building. The eucalyptus acts as a hydraulic pump — its roots extend tens of metres into the ground and draw up water containing the gold. As the gold is likely to be toxic to the plant, it’s moved to the leaves and branches where it can be released or shed to the ground.”

The scientists at CSIRO's Perth facility used a detector known as “Maia detector at Australian Synchrotron in Melbourne for X-ray imaging,” to analyse extremely small particles at high resolution and found that the gold particles with diameter one-fifth of a human hair. The sucked up gold particles are not restricted to eucalyptus trees though. CSIRO researchers have also found gold in the leaves of other trees, such as the Acacia Mulga. Melvyn Lintern adds:

“We’ve actually found gold not only in trees but in shrubs that are growing beneath the trees as well, so (it is) not restricted to any particular trees at all,” 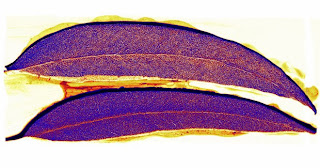 The only problem is that the quantity of gold is very small. About 500 trees growing over a gold deposit would only yield enough gold for just a wedding ring. If that is the case, what could be the use of this discovery? According to Melvyn Lintern, this procedure of detection of gold in trees, known to scientists as “biogeochemical sampling,” could turn out to be potentially extremely useful. By sampling and analysing vegetation for traces of minerals, we might get an idea of what’s happening below the surface, and there would be no need to drill and damage the environment. He adds: “It’s a more targeted way of searching for minerals that reduces costs and impact on the environment.” This method also could be used to detect presence of other metals in the soil like Zinc and Copper.

A former mining Geochemist, Nigel Radford, who has worked in mineral exploration his entire working life, says that the implications for gold exploration are huge. He adds:

" A lot of this stuff has been speculated about for some time, but the identification of the gold particles in the leaf materials is completely convincing and very, very important for the future of mineral exploration."

I am slightly disappointed because I was envisaging a huge land area with tens of thousand of trees, sucking up the hold and this can be harvested simply by processing the fallen leaves. A sort of a green gold mine. Gold mining is a dirty and expensive enterprise, which damages the environment badly. This kind of green gold mining would be great if some way if found to make the trees to suck up more gold. New discoveries of gold have fallen worldwide by 45 per cent in the past decade, while prices have skyrocketed as reserves steadily dwindle. The cost of the yellow metal shot up by 482 per cent between December 2000 and March 2013. US Geological Survey estimates that there are 51,000 tonnes of gold left in reserves in the world.

The real significance of this discovery is that golden eucalyptus trees can indicate where miners might want to look. By using trees to tell us what is in the soil, perhaps we can discover more and more of gold reserves, without damaging the environment.