They do it with typewriters 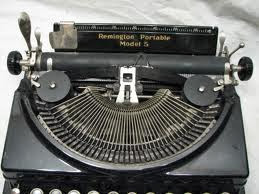 I had an old Remington typewriter in the house, purchased by my grandfather. It was small portable machine with limited copy capability, yet a great pleasure to use with feather touch keys. We used to get it serviced from a guy occasionally. Except for that, it never gave us any trouble. When I started my own business sometime around 1976, I had typed my first quotation, delivery note and the bill on the same typewriter.

Later on, I replaced it with the regular office typewriter and subsequently with a 486 personal computer and the old machine kept lying on a table catching dust. I then decided to scrap it and sold it off at a nominal price. I do not know what was it's fate after I sold it, but I have a hunch that it may be working in some small shop or an office in a dark allay somewhere in the city.

I was able to throw away my old faithful, easily, but it seems that the Indian High Commissioner and his staff based at London in UK, had kept their old typewriters safely in an attic, when they changed over to computers and electronic printers. It now looks that it was a good move, because these old faithfuls are back into action after being dusted off in the High commission, these days to hammer out all sensitive and confidential documents. 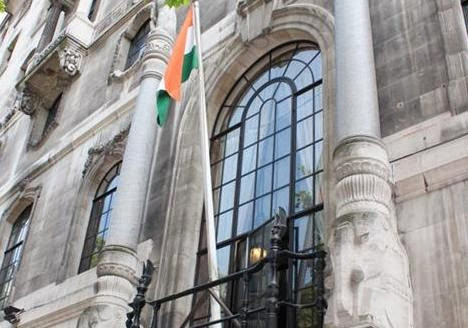 After recent revelations made by whistle blower Edward Snowden, which showed that the US National Security Agency (NSA) planted bugs at the Permanent Mission of India at the United Nations and the embassy in Washington, the high commission staff, acutely aware that a similar attempt might have been made by Britain's spy agency GCHQ to bug the high commission in London, have taken steps to ensure that no sensitive information is spied upon.

Londos's GCHQ has been a partner of America's NSA in its global snooping operation. Snowden has revealed that a top secret American internet snooping programme has something like 700 servers installed at 150 locations across the world to track internet traffic, including one in India. A map of locations of the surveillance servers has shown that a server was installed near Delhi to snoop into Indian internet users. The NSA supposedly used four different kinds of devices to spy on the Indian diplomats and military officials.

That is why, the high commission has brought back the old faithful typewriters and all sensitive and classsified documents are strictly typed on these old machines so that no trace is left behind. Indian high commissioner in London, Jamini Bhagwati says that staff had been told to be careful about even discussing classified information inside the embassy premises for fear of bugs planted by international security agencies. He says: said, "No highly-classified information is discussed inside the embassy building. And it's very tedious to step out into the garden every time something sensitive has to be discussed." He calls it a blunt force security system and adds: "Top secret cables are never conveyed through the internet or machines with cable connections. External hard drives with tremendous amount of data storage capacity are easy to access. Therefore, top secret cables are written on the typewriter which can't be tracked." 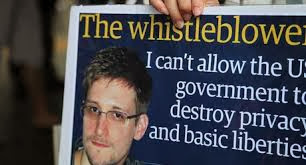 Snowden's revelations also say that the US government paid at least £100m to the UK spy agency GCHQ over the last three years to secure access to intelligence gathering programmes. And that GCHQ had tapped into 200 fibre optic cables and was able to process data from at least 46 of them at a time. By last year, GCHQ was handling 600 million "telephone events" each day. It has for years been collecting vast streams of sensitive personal information and then sharing it with the NSA. Amount of information collected by GCHQ is so huge every day that it would be equivalent to sending the contents of all the books in the British Library 192 times.

Indian high commissioner says in a lighter vein: "The British might have got bored with what they hear us talking inside the embassy. They must be saying 'this is what the Indians talk'."

Jokes apart, the matter is very serious. But I was even more curious about this sudden revelation by the Indian High Commissioner about the security environment in his embassy. It appears to be a calculated effort to pass on a message to the GCHQ, to give up snooping, because not much can be found out with these simple security measures in place.

Long live Typewriters and after dinner walks in the gardens!