Restoring The Magnificent Palace of the Peshawa's -The Shaniwar Wada 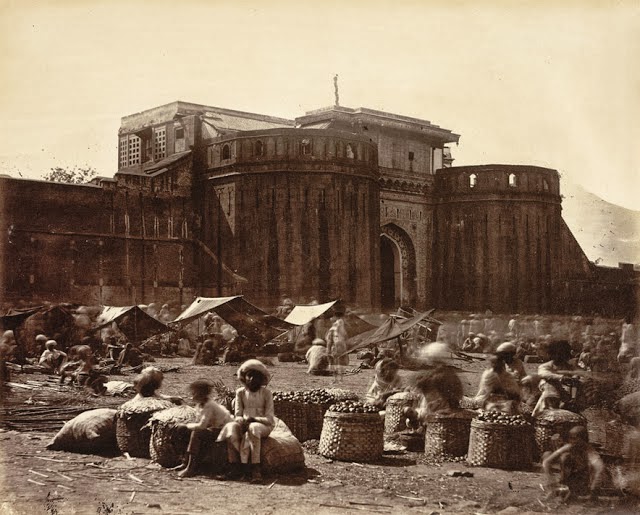 The central portion of Indian peninsula, or to be more specific, the doab region between two mighty rivers, Krishna and Godavari, is known by a common name as Deccan. In the year 1294, Delhi Sultan Allauddin Khilji defeated Yadav kings and Muslim power was established over Deccan for the first time. In the year 1347, Bahmani empire was established in the Deccan and there were clear signs that Islamization of the Deccan would now be complete. However two Hindu Kings, Harihar and Bukka from Sangma dynasty, established a Hindu kingdom on the bank of river Tungbhadra in the year 1336 and managed to block the spread of Islamic rule for next 200 years very effectively. After this period the Vijayanagara army was defeated by combined armies of five Sultans of local Islamic kingdoms. This led to the total destruction of the once magnificent city of Vijayanagar and it was turned into a heap of rubble and ruins. In spite of that, the ruins are still worth visiting and thousands of tourists from all over the world throng there, almost every day. In the destroyed city, there are two smaller temples towards east of famous Bal Krishna temple. One of them is the temple of Lord Nrisimha in an angry mood. This temple was completely renovated by the Archeological Department, but then they realised that restoration was against their standard policy and all the work done was undone and the temple now remains as it has been for last 500 years.

The point, I am trying to make here is that ever since 1920s, when Archaeological Survey of India (ASI) came out with a conservation manual for ancient monuments, outlining the approach towards preserving centuries-old buildings, it has been a policy of ASI, not to encourage restoration of any monuments and conserve or preserve old monuments in situ or conserve them as they have been, whether as ruins or in form of rubble. 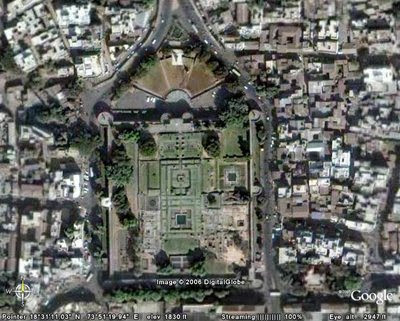 In my home town Pune, the most glorious symbol of past, that still stands today, are the ramparts of 'Shaniwarwada,' the historic mansion of Peshawas, who ruled over most of the Indian peninsula from seventeenth to beginning of nineteenth century. The historical complex is said to have had a structure, seven-storeys high and was built of of teak wood. Unfortunately, this palace complex, which consisted of several grand buildings, were burnt down in devastating fires roughly 10 years after the British took control in 1817. What remains inside the ramparts, are the stone plinths of the buildings, indicating the areas covered by these mansions. 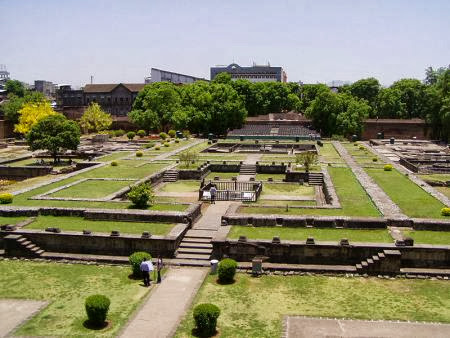 To make the matters worst, no one even has a painting ( except for a view from a long distance showing some tall buildings inside the ramparts) or a photograph, which would show how these mansions looked like? How they were constructed? And so on. Fortunately there are descriptions available, again from records of British officers, about the lavishness and decorations inside the palace. But that is all!

It would be impossible even to attempt restoration of the original mansions, as no one can authentically say that these are the photographs or paintings or original construction plans and restoration work should follow these. In addition, as per conservation policy of ASI, Shaniwarwada is an important heritage building and ASI would never allow any restoration work at all. 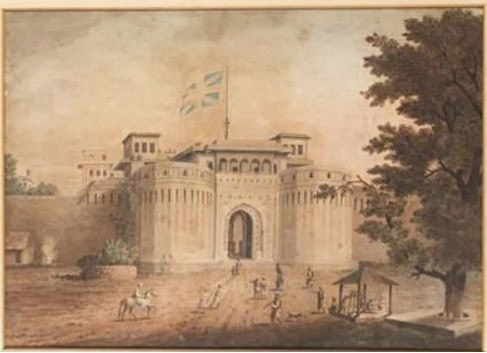 With this background in mind, I am rather surprised at a resolution passed by the standing committee of the Pune municipal corporation or the Local Government in Pune, which wants to restore the 'Shaniwarwada.' It appears that the corporators, who took this decision are not aware of the facts or they are trying to play some smart political game. In addition they want to entrust this work, to a well known creator of cardboard sets used for filming Bollywood films. This man is no doubt a gifted artist and some of his works are really breath taking. Yet when, no picture or painting or plan is available of the original structure, whatever he creates, even if grand, would be only from his imagination, like a film set, and would have no historic significance and value.

I hope that general body of the Municipal corporation would consider these facts and drop the plan at earliest. In any case, as ASI is unlikely to approve of any such plan, the local body would have to construct it outside of the ramparts of 'Shaniwarwada,' making it just a show piece without any real historic value