'Made by Nature' drones kill 28 people in China 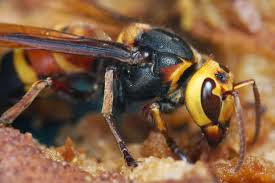 We are accustomed to reports speaking about attacks by American drones in border areas between Afghanistan and Pakistan against terrorists and the casualties caused to them. I never knew that nature has its own drones, who attack and kill human beings. Yet it is true. This nature's drone, is popularly known as a Hornet or a wasp, but it attacks the humans in the same deadly and vicious way these American built drones do.

Chinese media report that At least 28 people have died and hundreds injured in a series of attacks by giant hornets in northwest China. The South China Morning Post reported yesterday ( 26 September 2013) that most of the casualties were in remote areas of three cities in southern Shaanxi province. More than 230 people have been stung in the city of Ankang alone, which is the hardest hit with 18 of the total deaths in the past three months. One of the persons being treated for acute renal failure at a hospital in Ankang, after he was stung on the head and legs says that the insects chased him more than 600 feet. Besides Ankang town, attacks by the Hornets have taken place over a period of several weeks in and around the towns of Hanzhong and Shangluo in Shaanxi province. 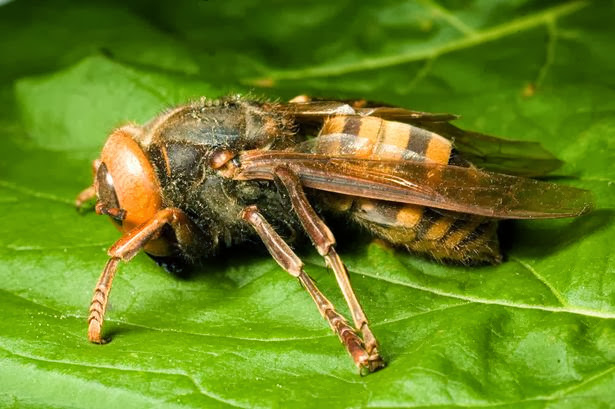 The insects that are in news are known as the Asian giant hornets, which are about 2 inches long, have highly toxic venom that is injected into a person with a quarter-inch stinger. Multiple stings can prove fatal if the victim is not immediately given medical treatment. There are two varieties of Hornets that are attacking humans in China with biological names: the Asian giant hornet, or Vespa mandarinia, and the smaller Asian hornet, or Vespa velutina nigrithorax.

In rural areas of central China, hornet attacks are very common but the fatalities are limited to few case every year. But this year the problem has been unusually severe with so many people being killed and hundreds more injured, possibly due to warmer weather, which boosts breeding. Sometimes wind blows away hornets nests which agitates them and they attack anyone in the vicinity. A number of tragic cases have been reported this year, which include: a mother and son who died after being surrounded by a swarm a man trying to help suffered kidney failure after the giant hornets chased him for 200 metres and stung him repeatedly on the head and legs, a 68 year old man was attacked furiously and was killed; Some have survived though. A 55-year old woman victim reported she was stung more than 200 times during a three-minute-long attack, leaving her incontinent and stuck in hospital for over a month. A construction worker was injured when he accidentally poured soil from his excavator onto a nest. 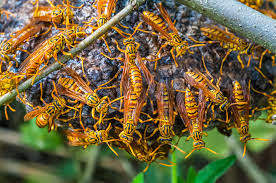 Deputy director of the Shaanxi Bee and Wasp Industry Association, says that Hornets are carnivorous and can quickly destroy even bee colonies. Even hundreds or even thousands of hornets could live in a single nest and if the nest gets destroyed they would go mad and attack anything in their way. Ankang city's fire department has taken up a programme to remove the Hornet's nests and have removed over 300 hornet nests from crowded residential areas since July 2013 in an attempt to address the problem. Local government officials are considering giving the victims financial subsidies to deal with the medical costs involved in medical treatment after being bitten.

No wonder that drones are deadly, whether man made or made by nature. Both kill.