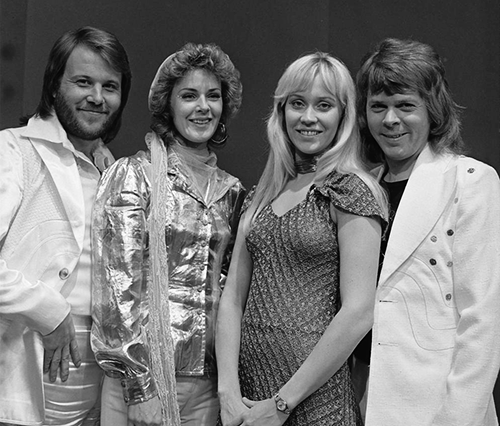 Sometime during the 1970's decade, I paid a visit to the south Indian city of Tiruchirapalli. In this city, there existed a street known as 'Burmees Bazar,' a sibling of similar named street in Chennai, where all kinds of imported stuff was displayed and sold. As I was strolling along, I saw in a shop, few pre-recorded cassettes. I picked, few of them as they were quite cheap. One of the cassettes had few hits of the once super hit group “ABBA.”
This song was in that cassette. I like this particular song “Mamma Mia,” sung by ABBA , who was a Swedish pop music group formed in Stockholm in 1972, consisting of Anni-Frid "Frida" Lyngstad, Björn Ulvaeus, Benny Andersson and Agnetha Fältskog. They became one of the most commercially successful acts in the history of popular music, topping the charts worldwide from 1972 to 1983.

You can also copy and paste the link http://youtu.be/XGPTpbuL6HE in your You Tube App. If that also does not work, search You tube for Frank Sinatra New York New York.