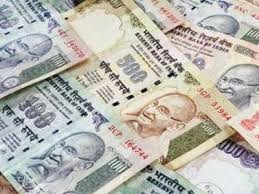 My grand mother used to tell me a story of a village man, who wanted to go on a pilgrimage. In those days, going on a pilgrimage was not easy and could take months to complete. So, this man, after tidying up his house, decided to keep all his savings, in form of coins, safely with a trustworthy friend for safe keeping. He put all the coins in an earthen pot, sealed it with a cloth tied up with a string, and asked his friend , whether he could keep it in is his safe custody? The friend agreed and the man happily went on the pilgrimage.

Few months later, he returned to the village and visited his friend to get back his pot with the coins. His friend, however returned only the empty pot. When this man got furious and asked his friend about the coins, the friend told him that unfortunately, since he was gone, the village has seen an outbreak of rodents and mice, who were attacking everything. One night they attacked the pot with the coins and ate everything. Only the pot remains. He is very sorry! Obviously the man did not believe even a word of this story and waited for an opportunity to take a revenge. But that part of the story is not relevant for us anymore. 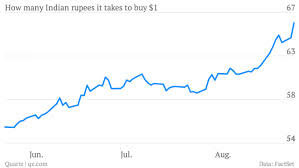 India's burgeoning, 300-million-strong, middle class is exactly feeling the same way as the man from this story, who lost his cash, as they hopelessly see the Rupee falling and crashing to ridiculous levels Vis a vis a Dollar, within a span of few weeks. Most of them have cut luxuries such as eating out and holidaying abroad. Spending on non-essentials is down by about 20 per cent, and the eroding rupee has meant redrawing all plans involving spending in foreign currencies, such as studying abroad. As the rupee heads towards 70 for one US dollar, it has dropped its value by 15% compared to its value just a month ago, the immediate impact is being immediately felt in automobile and travel sectors, which are facing bad downturns. Car sales fell by an annual 7.4 per cent in July 2013. 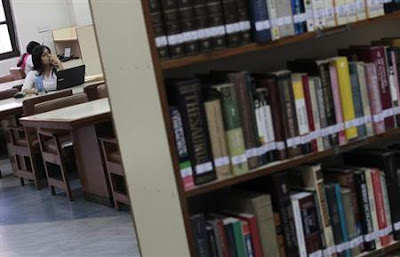 The rupee’s slide has “ruined” the overseas study plans of many young Indians, aspiring to acquire a foreign degree. Around 800,000 Indian students go overseas for study each year, with the top three destinations being United States, Britain and Australia. The Associated Chambers of Commerce and Industry of India (ASSOCHAM) estimates that overseas Indian students spend the equivalent of about $15 billion a year to pursue their studies. For example, a one-year MBA course in a British university costs £12,000 to £17,000 in tuition fees while accommodation and other bills can come to between £6,000 and £10,000. In addition recent moves by Britain to introduce a £3,000 cash bond for “high-risk” Indians applying for six-month visit visas, have worsened the problems for students. This means the student ends up paying 20 to 25 hundred thousand Rupees for the course. This cost has since gone up by almost 20%. The question therefore is, whether they can still afford to raise and repay the money. Most of such aspiring students have just postponed their plans by an year, hoping to get a scholarship or improvement in exchange rate.

For students, who are already abroad and depend upon remittances from home, the situation has turned even worst, as they have no choice but to get money from their parents, who have to pay through their noses. They are looking to cut costs, rely on savings or find work to cover their shortfalls. Students in USA are allowed 40 hours of work each week and students try to find work so that they can work for all these 40 hours.

I however feel that all this is nothing, compared to what awaits the middle class in coming months. India imports almost 70% of its fuel and the prices are bound to sky rocket creating a terrible burden for the common man. During last two decades, India's small scale manufacturing industry has all but collapsed, unable to stand against cheap imports. Crash of the Rupee means that most of the manufactured goods, which are now imported, are bound to become dear, which would mean high rates of inflation. There has been already a slowdown in the industry and lay offs can not be ruled out if things keep going downhill. All this spells like a disaster for the middle classes and in particular for the upwardly mobile middle classes.

Where do we go from here? The principle reason for this sad state of affairs is the mismanagement of the economy by the corruption ridden Government, that has led to high budget and trade deficits and high inflation. The policies of the Government are unlikely to change and even if there is a change, it would be slow and perhaps take years to show some results. Meanwhile, everything would be ruled by the market forces, as is presently happening with the value of Rupee.

My advice is to tighten your belt. It is possible that your belt may not have any more pin holes left in it, but still somehow do tighten it further. Things are going to be worse if not worst.