India's first military satellite up in the sky 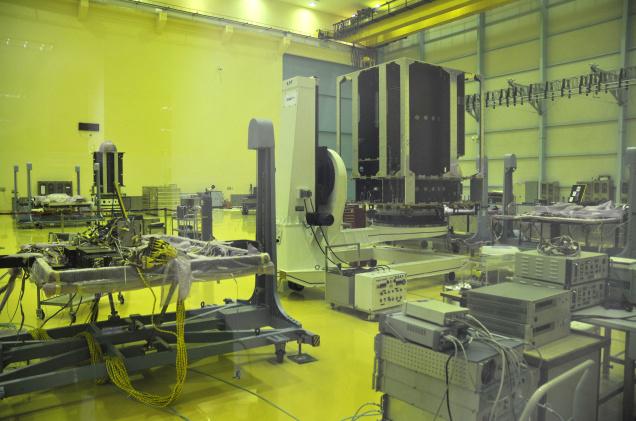 India's first military satellite, built exclusively for the Indian navy, was launched last week from Kourou in South America on a European Ariane 5 launcher. The satellite named as GSAT-7, is also the last of ISRO's fourth-generation series of seven satellites. This 2,650-kg Geo-stationary satellite would be parked at 74 degrees East longitude in the coming days. It would enable the Indian navy to communicate in four frequency bands ranging from the lower UHF (ultra high frequency) to the higher Ku bands, along with the rare S band and the commonly used C band.

The satellite is expected to give a big boost to the country’s maritime security and intelligence gathering in a wide area of the Indian Ocean region. The satellite has been built to the Navy’s multiple-band requirements as platform to safely link up its ships, submarines, aircraft and command from land in real time, it is also the country’s first full-fledged military communication spacecraft. Until now the defence forces had minuscule capacities on ISRO’s various INSAT/GSAT satellites. The satellite costing Rupees 7.5 Billion was funded by ISRO and Indian Navy. Almost half of its cost for the foreign launch.

India's capability and record of building satellites is without any blemish and speaks of series of successes. Yet the fact that even after 30 years, ISRO still has to use a foreign launcher is not something that Indians can be proud off. The Achilles heel in the entire space programme, is non availability of a launch system that can launch heavy satellites in Geo Stationary orbits.

India's PSLV or Polar satellite launch vehicle has been proved to be an extremely reliable launch system with more than 20 successful launches. India has been launching besides its own satellites, few satellites made by other nations. Yet this PSLV rocket with strap on boosters has one serious limit. It is a solid fuel rocket and the maximum payload it can launch in a Geo stationary orbit is very limited making it unsuitable for serious communication satellites. 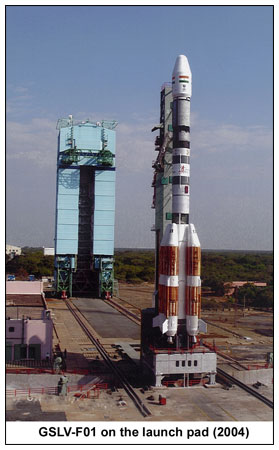 India has been trying to develop a GSLV or Geo Synchronous Satellite launch vehicle since last several decades. A GSLV rocket requires a cryogenic engine or an engine that works on liquid fuels for its last stage to give it a boost to take it to Geo-stationary orbit. Ever since two consecutive failures of the giant GSLV rockets in 2010, ( A GSLV flight with an indigenous cryogenic engine failed in April 2010. The subsequent GSLV flight with a Russian cryogenic stage also failed in December of that year.) Indian space research organization (ISRO) have been stung with these failures.

To add salt to its wounds, the count down for a GSLV flight had to be stopped an hour before scheduled launch in the middle of August 2013, because liquid fuel was seen leaking from the rocket due to a faulty valve. No doubt a potentially explosive and dangerous situation was saved due to timely action, yet fact remains that GSLV is still a goalpost that could has not been reached.

ISRO can not be considered as a real space power unless and until it has the capacity to launch heavier satellites weighing up to 2-3 tonnes. This means that the future of ISRO is really linked to success of GSLV programme.

In 2014-15, Navy's GSAT-7 satellite would be followed by a sibling GSAT-7A, some of whose resources would be shared by the Navy with the Air Force and the Army. For the Navy, the twin satellites augur well as they are part of a long-term modernisation plan involving the use of satellites and information technology.