From Tibet with Gold 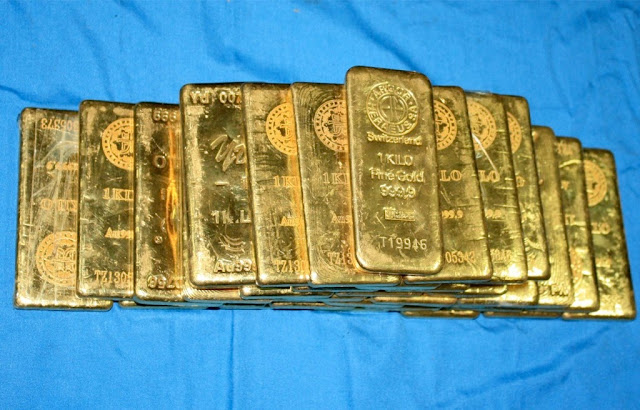 In the year 1963, as a result of China-India war of 1962, India's foreign exchange reserves became precariously low. As a remedy, Government of India enacted the 'Gold Control Rules,' which prohibited the citizens from holding pure gold bars and coins. The old holdings in pure gold had to be compulsorily converted into jewellery and that had to be declared. Only licensed dealers were allowed to deal in pure gold bars and coins. New gold jewellery purchases were either recycled or smuggled gold. Government hoped that this would cut down the love, Indian's have for gold. This was followed by the Gold Control Act of 1968. This legislation killed the official gold market and a large unofficial market sprung up dealing in cash only. The gold was smuggled in and sold through the unofficial channel wherein, many jewelers and bullion traders traded in smuggled gold. A huge black market developed for gold.

This enacted law however failed to achieve any of the objectives because Indians have always loved gold as preferred mode of investment since it gives far better and assured returns compared to other assets such as equity, bonds or deposits. Gold price also has no effect of inflation, one of the principle concerns of Indian investors. The only other asset that can match gold in this respect is investment in real estate.

Coming back to the Gold imports, next few decades, saw smuggling of gold rising exponentially. According to Amresh Acharya, director with World Gold Council’s India office, India, is the world’s largest gold consumer, and has imported around 800 tons of gold in 2012. The precious metal is the country’s second-largest imported commodity by value, behind crude oil.

Government of India, again introduced import tax on gold in 2012, and has been increasing it in increments from 2 % to current rate of 8%. The reaction to this new tax came up immediately in form of increased smuggling. Economic Times says citing customs officials, that 9.42 billion rupees ($175 millions) worth of gold was seized between April-July 2012. This was a 272% rise from the previous year’s level. There were hardly any seizures in the previous five to six years. Now Government has again banned the import and sale of pure gold.

During hay days of gold control act, huge networks or chains of smugglers were formed or developed, who imported gold from middle east countries like Dubai on sea faring ships, transferred them to dhows on high seas and landed the gold at remote places on western sea board of India. Bollywood movies of those years always showed the villains engaged in gold smuggling. Perhaps that style of importing gold has now become old fashioned and smugglers, who again find Indian market lucrative due to new gold import tax and rules, are looking for new routes to bring smuggled gold in. Perhaps the sea route has now become too risky or expensive, as smugglers have started looking for new routes to bring the yellow metal to India.

In August 2013, a small group of Nepali sleuths belonging to Central Investigation Bureau (CIB) of Nepal Police, waited patiently in Nepali capital of Kathmandu. Their patience was rewarded when they saw a white Chinese truck arriving early morning inside the city. They have been tracking this truck for last several days as it trudged and trundles along the long drive from across the border in China on Friendship highway that connects China to Nepal. They had information that a consignment of gold was on its way from Khasa, [a border town in Tibet.] 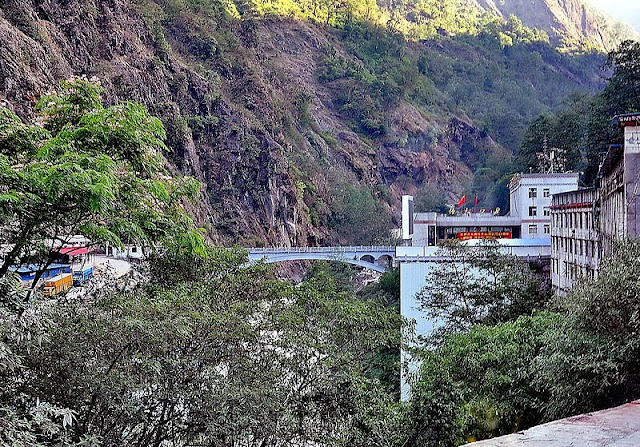 As they checked the truck, they found that it contained a seemingly innocuous cargo of Chinese-made clothes. But hidden in a cylinder inside the vehicle’s front bumper was the latest haul of gold smuggled from Tibet — bars weighing some 35 kilograms (77 pounds) and worth several million dollars on the black market. But the consignment was not destined for Nepal. Nepal’s police and inland revenue department say that the illegal shipment was ultimately destined for neighbouring India. 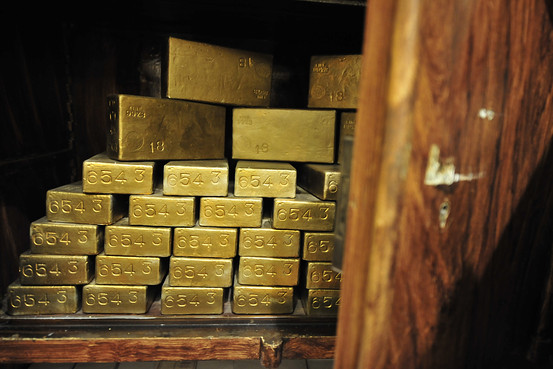 A total of 69 kilograms of smuggled gold was seized in Nepal in the last six months, most of it from Tibet, compared with 18 kilograms for all of 2012. But Nepal Police say that it is only the tip of the iceberg. Only 10 percent of all smuggled gold is confiscated at the most. A smuggler arrested by Nepal police in December 2012 in fact boasted that there is such an insatiable demand for gold that it was the fourth time in three months, he had smuggled gold into Nepal.

Nepali police say that in a typical smuggling run, trucks transport the hidden gold overland from Tibet into Kathmandu, where the yellow metal is shifted to freight trucks that ply the roads between Nepal and India, with the Indian border town of Raxaul as a smuggling hub. Nepal has an open border with India and smuggling of gold from Nepal to India is fairly easy.

It is difficult to understand why Government of India is hell bent to make the same mistakes again and put controls on Gold imports, especially when the economy is facing serious trouble and value of Rupee is going downhill with rampant inflation. Besides buying gold in the form of jewellery, bars and coins as a traditional gift for brides and during Hindu festivals, for Millions of Indians gold is also a hedge against inflation, as it is traditionally regarded as an asset that is expected to maintain or increase its value. The new gold controls would simply give a boost to smuggling, now that they have found an easy route from Tibet.