A village under siege 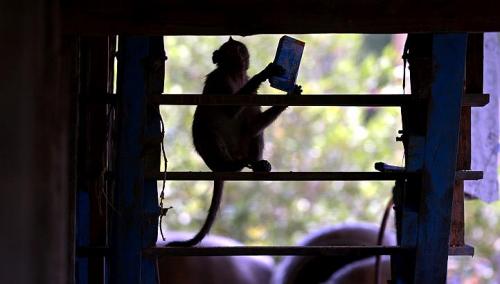 Khlong Charoen Wai is a small village in the Chachoengsao province in central Thailand. The village is facing serious trouble from invaders, with the village homes being raided, property pinched and locals attacked by dastardly gangs operating beyond the law. The village officials, or police or even armed forces are not of much help because the perpetrators are monkeys, not men.

These monkeys known as long-tailed macaques or sea monkeys are extremely intelligent and resourceful. Macaques are known to adjust their behavior quite well, they learn in similar ways as humans and when they know that they can find food in a village, they come.

Most of the monkeys from Khlong Charoen Wai village spend their days hanging out on the narrow bamboo bridges that meander across the coastal swampland at the edge of the village.Mothers lounge with babies slung across their chests, while others leap between nearby mangrove trees. They tend to flee when approached, but when nobody is around and looking, they climb on roofs, leaving trails of muddy footprints as they stalk into homes through any openings they can find. 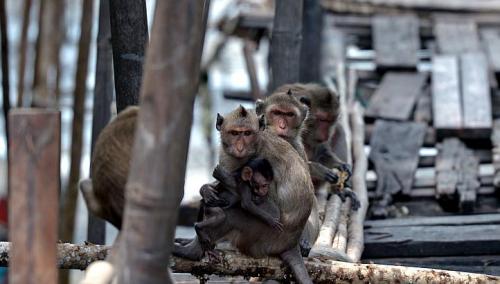 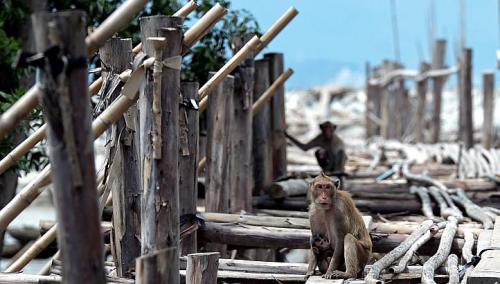 What are the reasons for this monkey trouble, which about 150 households are facing? The village they live, falls within the shrimp farming community in Chachoengsao province on the east coast, 80 kilometers from Bangkok. There has been a great increase in the number of shrimp farms, which has been done at the cost of associated deforestation. World Wildlife Fund says that between 1973 and 2009, Thailand has lost some 43 percent of its natural woodland with the result that then villagers have encroached on the monkeys’ habitat in reality and monkeys have not encroached on human habitat. People have moved closer to nature, resulting in an increased interaction between humans and animals. The monkeys, who could easily find food in the forests earlier now try to find it in people’s houses. The headman of village, Khlong Charoen Wai, Chatree Kaencharoen, says “Sometimes, a few hundred monkeys come at once, especially at dawn and dusk when it is cooler. They know it is time to be fed,” as he expresses frustration at some villagers who give food to the incorrigible creatures. 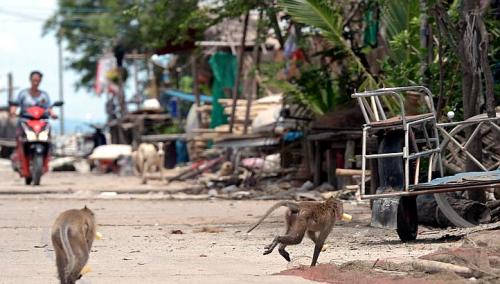 I find this story from a small obscure village in Thailand, very relevant. In the Maharashtra state of India, where I live, the occasional visits of leopards in the fringe villages located on forest borders has increased as they look to farmer's cattle as an easy prey. The other day, I saw a report on TV that talked about higher number of reptiles visiting houses in desert areas of Australia, because the rodents have shifted their base to people's homes because of easy availability of food. All these occurrences are really just the different symptoms of the same malaise, humans encroaching upon habitats of the animals. I read recently a report by a conservation group that says that demand for farmland could strip a third of its remaining forest cover over the next two decades without swift government action, in the the Greater Mekong region of Indochina consisting of Thailand, Cambodia, Myanmar, Laos and Vietnam.

This only points out to severity of the problem we face. It is no longer just some monkey trouble.