Would it be a hat trick of sorts? 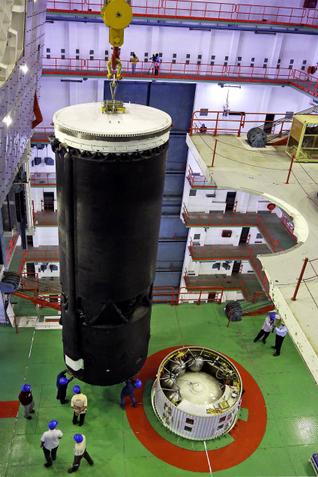 Ever since two consecutive failures of the giant GSLV rockets in 2010, ( A GSLV flight with an indigenous cryogenic engine failed in April 2010. The subsequent GSLV flight with a Russian cryogenic stage also failed in December of that year.) Indian space research organization (ISRO) have been stung with the failures and wants to get over the old wound, as quickly as possible.

India plans to launch an advanced communication satellite called GSAT-14, weighing 1,980 kg, into orbit by means of a Geo-synchronous Satellite Launch Vehicle (GSLV-D5) rocket around 5 PM on August 19 from Sriharikota. Various checks showing that the vehicle is in the pink of its health, the mood is one of optimism at the spaceport. This rocket is powered by an indigenous cryogenic engine and Indian Space Research Organisation (ISRO) have used every expertise available in the country to ensure that the engine performs smoothly this time.

Earlier this week, India achieved something that very few countries in the world have achieved, as the reactor on board India’s first and locally manufactured nuclear-powered submarine, 'Arihant', became critical or went into operation at 1.20 AM on 10th August 2013. This 111 metres long, 11 metres broad and about 15 metres tall submarine is designed to be propelled by a nuclear, pressurised water reactor (PWR) that uses enriched uranium as fuel, and light water as both coolant and moderator. The reactor is designed to generate about 80 MW power. The scientists in charge of the project say that the main challenge, was to make the reactor compact enough to fit into a submarine. Besides, the reactor needs to be stable when the submarine is accelerating in the depths of the sea. 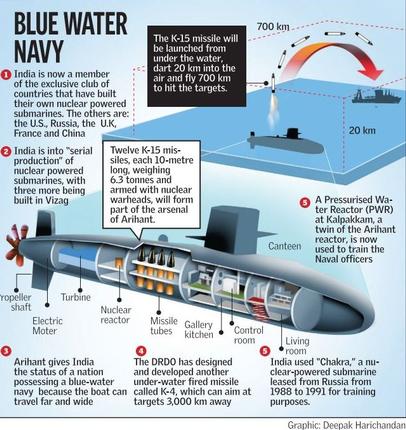 BBC's defence and diplomatic correspondent, Jonathan Marcus, comments on this significant achievement as

“ Previously, only the established nuclear powers have operated ballistic missile-carrying nuclear submarines - though it is not clear if China's missile-carrying boats have actually ever been operationally deployed. Israel too may have a limited sea-based deterrent capability. The fact that this submarine, the nuclear reactor that powers it, and the ballistic missiles that it will fire are all manufactured locally in India - though there may have been some assistance from Russia - is a significant technological achievement. Once operational, the Arihant will mark a strategic milestone as well. India's deployment of a nuclear triad - the capacity to launch nuclear weapons from land, sea and air - will influence the strategic calculations of other nuclear players in the region, Pakistan and certainly China. An Indian sea-based deterrent will add a significant new dimension to nuclear rivalries in the region.”

No doubt, this is a super achievement and the scientists need to be congratulated for this. Yet, within 2 days of this, another breakthrough has come. On 12th August 2013, India launched its first ever, locally built again, aircraft carrier INS Vikrant. This 37000 tonne ship with a length of 260m (850ft) and a breadth of 60m, has been built at the shipyard in Cochin in South India. This launch marks the end of the first phase of its construction and outfitting and further construction would continue. INS Vikrant is expected to go for extensive trials in 2016 before being inducted into the navy by 2018. The ship has been designed and manufactured locally and uses high grade steel made by SAIL, Steel Authority of India, a state-owned steel company. 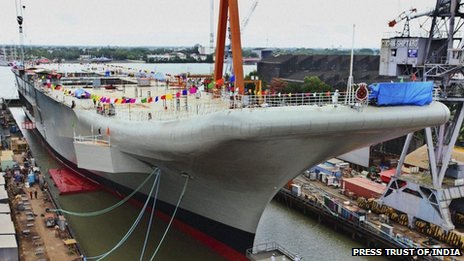 The carrier would be able to carry 12 MiG-29Ks, eight Tejas light combat aircraft and 10 early-warning and anti-submarine helicopters on its 2.5-acre flight deck and hangars. It is expected to have a crew of 160 officers and 1,400 sailors on board. The ship is powered by four American LM2500 gas turbines manufactured by GE and is capable of achieving speeds in excess of 28 knots. It is expected to have an endurance of around 7,500 nautical miles at a speed of 18 knots.

With these two significant achievements happening within a span of one week, all eyes now are on the GSLV launch. ISRO officials remain supremely confident about the success of the launch. S. Ramakrishnan, Director of Vikram Sarabhai Space Centre (VSSC) in Thiruvananthapuram was asked whether the indigenous cryogenic engine would perform well this time? This is what he had to say: “Of course,” “We are doing well. We have done all the possible tests. As of now, the [cryogenic] stage health is fine. All checks show that the health of the vehicle is all right.”

M.C. Dathan, Director of the Liquid Propulsion Systems Centre (LPSC), says “we have made use of every possible expertise available in the country to ensure that the indigenous cryogenic engine performed flawlessly. This included expertise from the academic institutions, and research and development centres.”

So would there be a hat trick of successes this week? Only time will tell. Meanwhile all we can do is to wait with crossed fingers. But nothing succeeds like success isn't it?