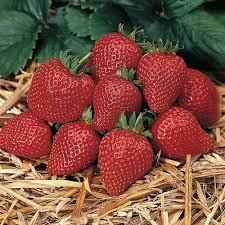 During course of last few years, four or five of my nieces and nephews ( from my extended family,) have completed their education and joined the work force. Surprisingly, almost all of them, are employed either in the Information Technology industry, though not in a very challenging job position but doing some kind of routine mundane work, or some kind of business related white collar desk job. A couple of them have gone to USA, where again they are doing similar kind of jobs. No one has really even bothered to make even a try at jobs that essentially involve tough environments; such as a factory shop floor or armed forces.

This new generation sometimes is jeered at and called as cyber coolies, considering their actual job description. That makes me wonder, why these young people opt for such mundane, soft, white collar desk jobs these days? Why they would rather not join the army or take up a factory job? One reason that is forwarded is that these IT industry jobs pay very well. Sometimes in the ratio of two to three, compared to conventional jobs. As far as I know, except for call center jobs, where they take in young recruits, who have just completed their high school or junior college education, the difference in wages is not that much lucrative, when we consider the wages of new recruits, who are graduates or post graduates. No doubt, IT industry pays astronomical salaries, but that is for few employees doing some very critical work. There has to be some other explanation.

It so happens that this is not an India specific phenomenon. In Taiwan, from the 22-year-old university students to the 12-year-old junior high school students born between 1981 and 1991, are now labeled as a 'Strawberry Generation.' I found an excellent explanation, why they have been given this name. Firstly this generation has grown up in better environment, which compares well with Strawberrys, which are grown and nourished in a greenhouse. Secondly strawberries are known for their beauty, delicacy and high price, suggesting that these young people can not withstand pressure, difficulties, and frustration as they have grown up in a nice and comfortable environment and have been given almost everything that they have asked for.

It is generally believed by the elderly, that today’s youths are incompetent, unsustainable. They are even irresponsible when it comes to real tasks in the real world, such as getting a job and keeping it. Many believe that the Strawberry Generation has been a slave to the abundant supply of materials and they are not aware of the hard work that is involved in creating these resources. 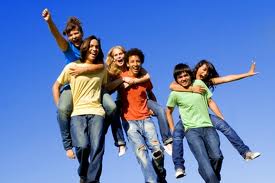 Well! What is the truth then about this 'Strawberry Generation' or Gen 'Y' as it is also called now? Talking about my own family, when I was in college, my father lost his job and started his own business. He was never really a businessman and we just about survived. There was never any excess money. So to demand any luxury from my parents was almost next to impossible. Comparatively, I did fairly well in my life. Still, I do not think that I was able to give my children any luxury holidays or gifts. They did get what was essential for them, but nothing much beyond that. Compared to this, I can see that the young children in our family today can almost get anything their heart desires, including expensive holidays abroad.

Many elders believe, that the way children were brought up in earlier days, made them tough for the future so they could face it in a better way. Is there any truth in this belief? To find out the truth, Singapore's Strait times, recently carried out a survey covering 501 Singaporean residents aged 16 to 62 and asked them questions pertaining to what they value in a job and how they perceive the next generation's prospects, among other things.

The outcome of the survey presents surprises all the way. For the Gen 'Y,' pay and benefits matter most in a good job. They are not much bothered about so called work-life balance. Career advancement is of much greater value to them compared to others in elderly group. Their desire for personal growth is the strongest motivator and they rank opportunities for career development and training much higher than other generations. For this aim, they can slog and put in hours of extra work. They focus on work demands much more when they are young and single. So they over-invest in work, and neglect social relations.

For elderly, job security is a top most concern, whereas, Gen 'Y' assigns to it a very low priority. In general , Gen 'Y' are more educated than their predecessors, more tech-savvy and plugged into the world, and have more overseas exposure, from overseas school trips, university internships and study exchanges.

To be frank, the general picture from this survey, is not much different than what one could see about 40 or 50 years back, though the specifics might differ. Even then, the young generation of that time had more or less the same preferences and attributes, though they never had any exposure to the overseas countries. It is obvious from this survey's outcome that today's 'Strawberry Generation' appears to be no way different than the elderly, just because they have been pampered by their parents. They do not seem to be turning soft and complacent because of their upbringing.

Obviously. What is true for Singapore, must be true for other countries too. I find this survey quite interesting. It virtually kills the thought that upbringing children in denial mode, would make them tougher and fitter. It also means that Gen 'Y' is picking white collar jobs only because they pay best and have highest opportunities for career development. Offer similar incentives and the same generation would probably jump even at tougher jobs like military careers and shop floor jobs also. Isn't that interesting? At least I think so!