The spirit of innovation 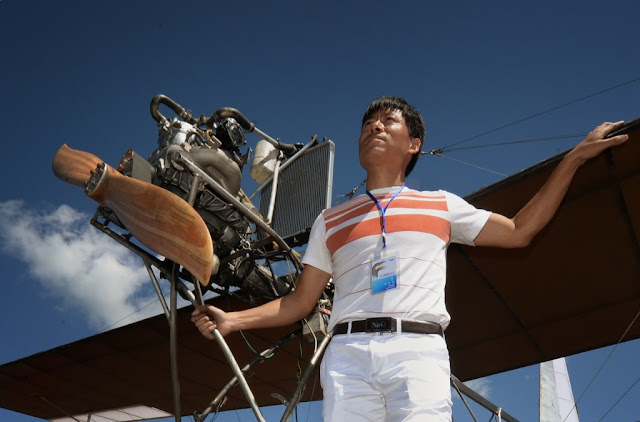 During early 1970's, before I started my own business, I worked in a factory that manufactured heavy trucks. In those days, unlike today's vehicles, almost no electronic gadgets were incorporated in the vehicles by the manufacturers. Our Electronics development section was involved in trying to figure out if any small gadgets can be made and used in our company trucks. There were a few leads and one such lead was to incorporate an electronic flasher device as a turning indicator, instead of prevalent bimetallic mechanical flashers used. The main problem as we experienced in these electronic flashers, was that their frequency of flashing would keep varying with the vehicle battery voltage. When the vehicle was running at a fast speed, the battery would be charging at a high rate with the result that its voltage would rise and this would make our flashers flash rapidly. When the vehicles were standing still and engine idling, the flashers would flash very slowly. Clearly this kind of performance was not acceptable. We managed to secure some German flashers and opened them to find that they had a mechanical component incorporated to get rid of this problem. This was not acceptable to us as we wanted a flasher that had no moving parts and was purely solid state. 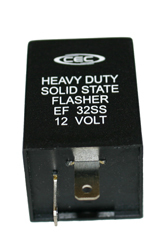 One morning, I received a handwritten letter forwarded to me by our director. The letter was from a young engineering diploma holder staying in a small town in hinterland of Maharashtra state. He claimed in his letter that he has developed an electronic flasher and wanted to sell it to our company. I discussed the matter with our director and a letter was sent to the young man to visit us. We agreed to pay all his travelling and boarding expenses during the visit.

The young man visited us on a later date with his gadget. We put it on one of our trucks in his presence and gave one of our technical hands to him and sent him for a day's ride on various roads facing all kinds of driving situations. In the evening, I checked the report of our own engineer, who was on the truck and had taken detailed readings of the battery voltage and flasher frequency throughout the day. Most surprisingly, this young man from a small town in hinterland, had solved the problem of varying frequency of the flasher, which well trained and highly qualified engineers employed by our company, have not been able to solve.

This is the power of ingenious innovation. A person is normally born with it. I do not think that it can be acquired with training or education, though it perhaps can be sharpened if right environment is available. This kind of innovative minds have built up silicon valley in US. But by no means, such innovative minds are restricted to US or developed countries. An innovator would come out with something unbelievable, whatever may be constraints or whichever part of the world, he is from.

I am reminded today about this small incident from the past after coming across a story of a barber or a hairdresser as they are referred to these days, from mainland China. 37 year old Wang Qiang is a hairdresser from eastern China’s Zhejiang province. He grew up spreading manure and picking corn on a farm. Now, throughout the day, he works trimming and shaping hair of his clients in his hair salon. Most of his neighbours in the countryside spend their evenings playing mahjong after finishing work. Wang never joins them as he is obsessed with an idea that normally would be impossible to achieve for a person in his circumstances. Wong loves flying and that too in his own aircraft.

In the initial days Wang took design ideas from foreign websites. He downloaded pictures and looked at them again and again. Finally he decided to build his own aircraft. After eight months and spending 30000 Yuan (US$5000), he finally managed to finish his flimsy-looking craft, which has a stainless steel frame, wheels from a motorized wheelchair, and a seat scavenged from a go-kart. However rickety, Wang's one-seater craft may look, the most important thing is that it flies and flies well. 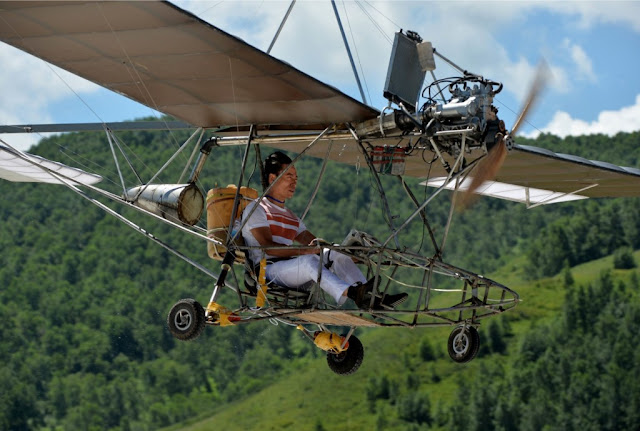 Buzzing like an oversized electric razor, Wang's home-made airplane skids over grassland before soaring into a vast blue sky, to reach altitudes of 3,500 meters and speeds of 90 kilometers an hour (56 mph), a performance that is absolutely unbelievable.

Flying a private aircraft in China is something that is considered extremely difficult and expensive. China’s military controls nearly all of the country’s airspace, and despite promises of reform has only opened a few areas to private flights. One can barely fly anywhere. Wang has somehow managed to secure a special permission from authorities.

During his flying adventures, Wang had few near-misses or near-death experiences of his own, his engine cut out several times in mid-air, forcing him to glide down to earth. He says: “I told myself: there’s no time to panic, just land! I once performed an emergency landing in a lake.”

I just feel amazed at Wang Qiang's innovative spirit and capacity and the way he has found the way through all the odds and difficulties to achieve, what he always wanted. This is a perfect example of the power of innovation we should all try to emulate.