The amazing power of Bollywood 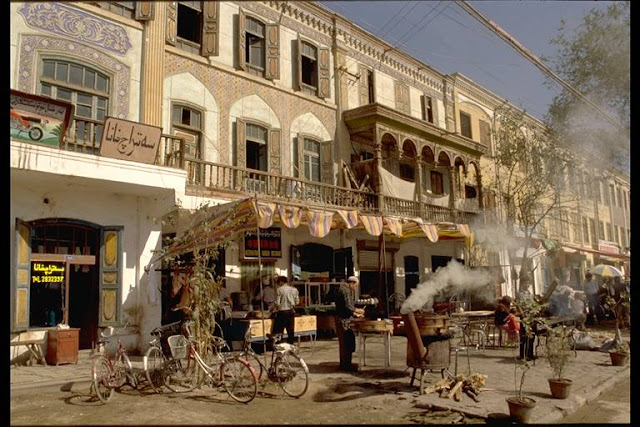 India's northeastern border with China in Ladakh, is a vast hinterland that is desolate, inhospitable and forlorn. A British army officer, Francis Younghusband, who visited this area in 1889 has aptly described it in these words of disgust.

“ Of all parts of the world, this is the most Godforsaken and dreadful in any way. The plain itself is over 17000 feet and consists of an open expanse of gravel, bounded by dull,barren hills. Across it incessantly sweep winds of piercing cold. To add to the gloom, the plain is strewn with the bones of the animals, who have succumbed to the strain of carrying load at these great heights.”

Till 1947, all this area and much larger areas to the north and to the east, belonged to erstwhile Jammu and Kashmir state ruled by Maharaja from Srinagar. Except for occasional summer patrol by the Maharaja's army, the areas were left to themselves for most of the time of the year. Pakistan, occupied northern regions by force in 1947 and China grabbed thousands of square kilometers of the eastern part of this region in 1950's decade. When newly Independent India, realised this, it started moving its army in the region. This led to the border clash between India and China in 1962, in which India was badly defeated and humiliated. Ever since that, the line of actual control has been a most sensitive and dangerous place to survive with thousands of soldiers from both sides positioned on both sides, in battle ready state. 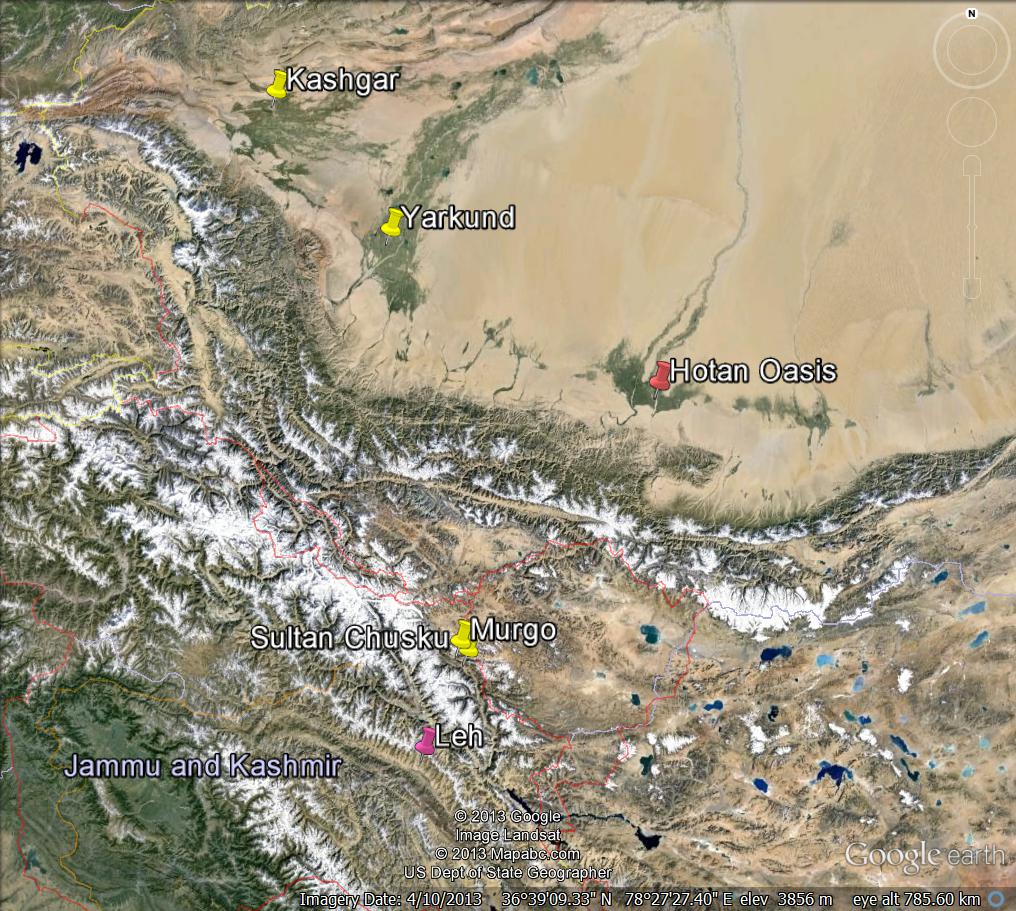 Prior to 1950's, for thousands of years, a branch of silk route passed through this Godforsaken region, that connected Kashmir with Xinjiang (Chinese Turkmenistan) cities of Kashgar, Yarkand and Hotan. Except for the trade caravans, no one really passed through here as there are no villages or nomads here. Now also, except for the army camps, there is no habitation here.

No wonder, that it was a a huge surprise for a patrol of the India army, when it encountered three men in this desolate and inhospitable area on June 12, 2013, with no human habitation in the vicinity. The three men- Salamo, Abdul Khaliq and Adil Thorsong-, one of whom is one-eyed, are aged between 18 and 23. They were nabbed inside Indian territory near Army camp at Sultan chusku, near the old trade route. The men, who know only two languages -- Yarkandi and Uyghur -- gave a different version about their family background and the way used by them to come into India. They were also found carrying with them a big political map and two smaller versions of the document with Arabic and Yarkandi script on it. They also carried improvised swords and knives, tinned food including egg powder (useful in higher region), Chinese currency of over 900 Yuan and Chinese leather jackets. Since nearest habitation across the Line of Actual Control(LAC) is in North of Karakoram range, it was assumed by the army that they could have entered through either Raki Nallah, Jeevan Nallah or North of Daulat Beig Oldie in the Depsang sector.

As the three men could not give a clear description of the areas used by them to come to India, there was an apprehension that the three could have been headed towards Pakistan-occupied-Kashmir which is barely 30 kms up North of the area where they were nabbed. The trio was moved to Indo Tibetan border police camp at Margo camp for interrogation. The men told their interrogators about their dreams to enter India and earn money as they were facing acute poverty in their region. They said that they were mesmerised by the charm of Bollywood superstars – Shah Rukh Khan and Roshan and wanted to come to India because they had seen it as a land of prosperity on the sliver screen. The men, who are from Kargalilik in Xianjang province also told during their interrogation, which was done separately, that the movies of Khan and Roshan were a hit in their area.

Indian agencies were rattled with the developments, as the trio were Uyghur Muslims and gave their origins in Xinjiang. According to the intelligence with them, Uyghur Muslims are being trained in Pakistani terror camps. China has even accused Pakistan openly of fanning terror in Xinjiang. Several Pakistani terror groups are known to have footprints in Xinjang. Given the circumstances, the men were suspected to be heading to Pakistan for terror training.

Now, almost after two months of interrogation, the authorities have given a clean chit to the trio. Detailed interrogation with help from translators and investigations of the men has not revealed anything incriminating about them, except the absence of valid travel documents. Authorities say: "The Arabic script on the political maps is actual Uyghur language, which is written in Arabic script. The maps are easily available in markets of the region to which the men belong. They have nothing else to suggest that they are either criminals or terrorists."

Interestingly, now China has asked that the men be handed over back to them. However, since they have illegally entered India without a valid passport, they will be just handed over to local police for further action on passport violation. Anyone, who has any knowledge of the region, where the trio was nabbed, would appreciate the extra ordinary courage, determination and perseverance of these three ordinary men, who crossed one of the most inhospitable region, without any help or proper equipment. 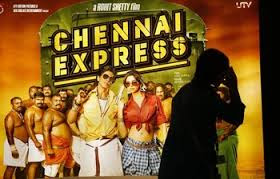 Recently I have read some travelogues describing travels made by some westerners through central Asia and Xinjiang region of China. All these describe the tremendous popularity of Bollywood actors and films in that region. Apparently, the only films they watch there, are all Bollywood flicks. India must make use of this soft power. As far as this trio is considered, it is most important that they are allowed to see Mumbai and meet their beloved Shah Rukh Khan and Hrithik Roshan, if it is decided to send them back. However, I think that India should really give them political asylum and make use of their in depth knowledge about Xinjiang, the border terrain and their methods of survival in such adverse conditions.