Prelude to an ancient wonder 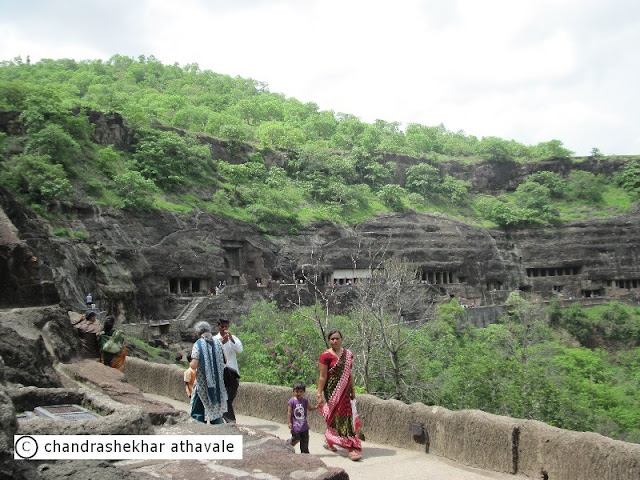 Ajanta murals are famous all over the world as one of the finest examples of art from a period that extends from 200 BCE to about 300 CE. These famous murals were painted with natural colours on the interior and exterior walls and ceilings of rock cut temples by artisans from ancient times at Ajanta about 106 Km from the city of Aurangabad, in Maharashtra state, India. These 30 rock-cut caves, attract over three hundred thousand Indian tourists and 30,000 foreign tourists every year.

The caves at Ajanta are very old and are rapidly deteriorating with time. The evidence suggests that the excavation of this monastery began during period of Satvahana rule over Maharashtra in 3rd Century BCE. ( Evidence mainly comes from the writing style of characters in the script used in the rock inscriptions and which are considered purely Mouryan or emperor Asokan style.) Excavation work continued up to the middle of Sixth century CE. A fragmentary inscription in cave no. 26 proves that the monastery was in use even up to 8th or 9th century CE or during Rashtrakuta dynasty regime. With Ajanta monastery construction or extension continuing for 700 years and it being used for as long as 1000 or 1100 years, the extreme importance of this monastery to the then Buddhist world and it's impact thereupon can well-nigh be imagined. 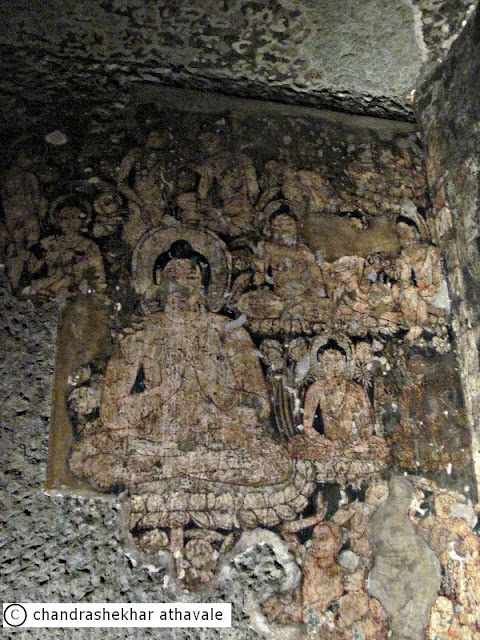 The rock cut Buddhist temples of Ajantha are located in a deep ravine on the south side of a mountain range known today as Satamala or Indyadhri, about half way up from the ravine bottom. No private vehicles are allowed up to caves and one has to use special buses provided by the Government, which drop you almost at the bottom of ravine. Well paved steps have been provided to the cave entrances, but the climb is rather steep. I remember that during my visit to the caves I had to stop a few times to catch my breath on way up.

Two types of visitors come to Ajanta. Majority of the visitors come here as tourists and just walk through appreciating the ancient works of art. These include large number of school children and holiday makers. There is an another small group of tourists, who want to view the caves at length and spend much time inside the caves. Presently they find it difficult because of the large crowd of visitors of the first category. Presence of such large number of visitors each and every day also means that caves would have greater concentration of carbon dioxide inside, which affects the paintings. 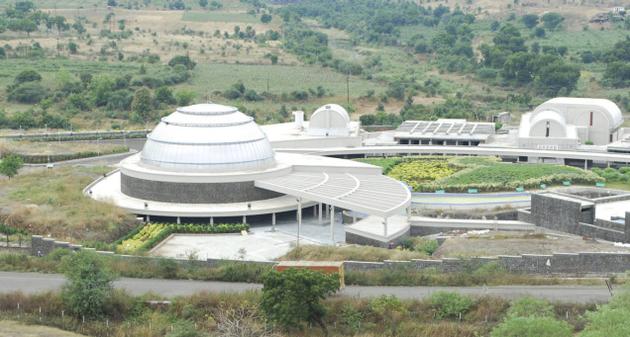 To overcome both these difficulties, hardship to certain class of visitors like small children and aged in approaching the caves because of a steep climb and detrimental effect on paintings due to presence of large number of visitors, Government of Maharashtra envisaged a plan few years back. This plan included building of a grand visitor centre at a cost of Rupees 720 Million, few Kilometers away from the cave entrance. The approximate area of the Ajanta visitors' centre is 3.23 hundred thousand sq m, while the floor area is about 20,000 sq m, of which 6,000 sq m is the exhibition space. Three cafeteria including one for the school children have been built. The centre has a huge parking area, which can accommodate 280 cars, 20 Buses and 200 two wheelers.

There would be an audio visual show at the centre that will narrate the story of the caves. However the real attraction of the visitor centre are the five galleries, where experts have recreated exact replicas of cave Nos. 1, 2, 16 and 17 complete with the frescoes that adorn the walls and ceilings of the caves. The idea is that majority of the visitors would visit the center and avoid going up the caves. 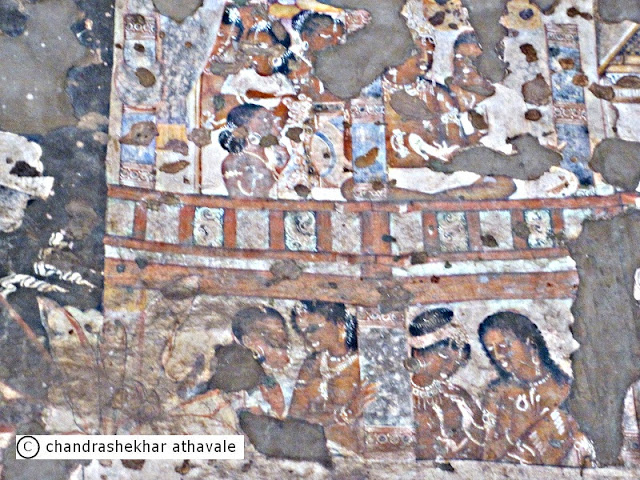 The replicated caves have been provided with panels and audio visual guides that talk about the heritage and art in the caves. The contract for this project was given to Industrial construction giant L&T (larsen and Toubro) and consultation work was done by by TCS(Tata Consulting Services) and Oriental Consultants, Japan.

The replicas of the stone statues have been created from regular cement, sand and a concoction of special chemicals by a Mumbai-based design company, Superstone Koats. Explaining the methodology and technique of making the statues, Managing Director of the company, Rakesh Rathod, says that a basic skeletal frame of the statue is made, on which the cement is sprayed with a special device. Before the cement starts setting in, the sculptors start carving the cement. The sculptors depend on digital photographs and their own skills to create the statues. Once the cement is carved into an image, it looks like a real stone statue. The sand used, has been imported from Dubai. 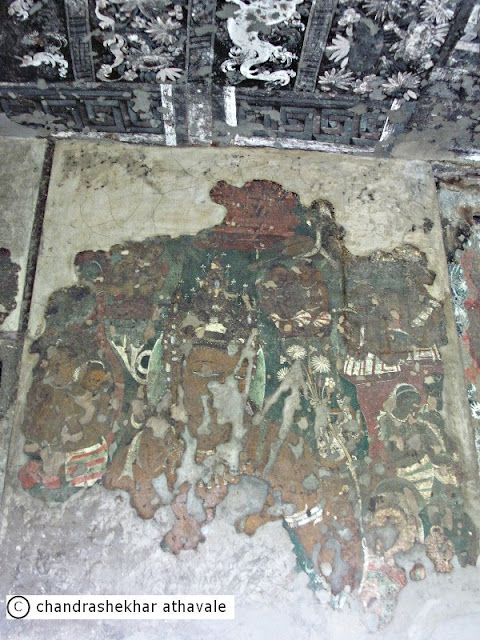 The technology behind creating the statues has been sourced from a US company. A team of 70 international artists have created these replicas after working on the project for the last three months. Another project using the same technology has been used at a Mayan archaeological site in Mexico.

The centre would be opened for public visits from September 2013 and for most of the casual visitors, Ajanta would no longer remain a tough obstacle to visit and the serious visitors would find solitude and would be able to spend long hours watching the ancient statues and Frescoes. It would provide perfect orientation and would be a great prelude in any case, before visiting the real caves