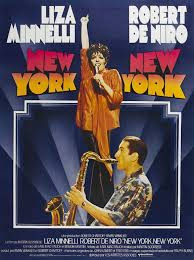 This song, "New York, New York" is the theme song from the Martin Scorsese film, “New York, New York” (1977). It was performed in the film by Liza Minnelli. In 1979, it was recorded by Frank Sinatra, for his album Trilogy: Past Present Future (1980), and has since become closely associated with him.

I heard this song for the first time in a Paris subway being sung by a street singer. I liked it so much that I managed to procure later, a vinyl single.

Here is the more popular version by Frank Sinatra


Here is the version sung by Liza Minnelli.

You can also copy and paste the link http://youtu.be/i-ZUXQuFcnw in your You Tube App. If that also does not work, search You tube for Frank Sinatra New York New York.