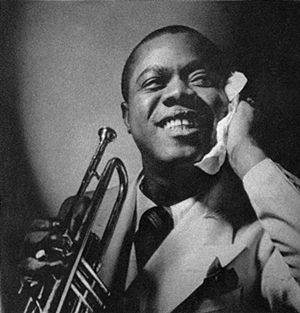 I heard this one in the apartment of a 'Parsi' colleague in Mumbai dring late 1960's. To be frank, never liked it first, but later somehow it caught on. Its sheer simplicity and ballad like rendering are just bewitching. It was first recorded by Louis Armstrong and released as a single in 1967. The song was also the biggest-selling single of 1968 in the UK where it was among the last pop singles issued by HMV Records.

You can also copy and paste the link http://youtu.be/A3yCcXgbKrE in your You Tube App. If that also does not work, search You tube for Louis Armstrong what a wonderful world.

Email ThisBlogThis!Share to TwitterShare to FacebookShare to Pinterest
Labels: biggest-selling single of 1968 in the UK, Long forgotten musical tracks, Louis Armstrong, what a wonderful world