Laughing all the way to the bank 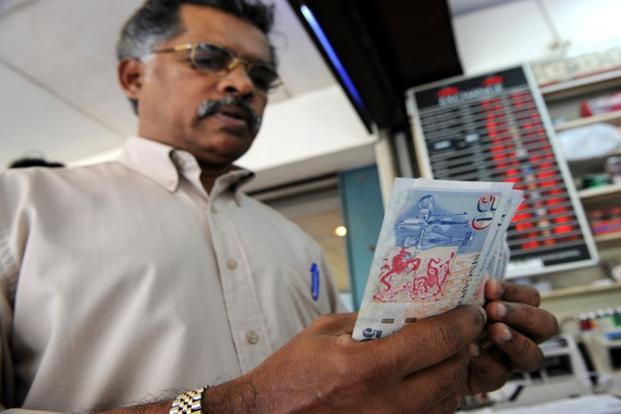 The idiom, 'Laughing all the way to the bank,' according to the dictionary, actually means: “to express certain emotions, especially mirth or delight, by a series of spontaneous, usually unarticulated sounds often accompanied by corresponding facial and bodily movements.” Whatever, the literal meaning may be, the Indonesian and Indian migrant workers in Singapore, are really laughing, as they crowd the banks and other agencies in Singapore, that transfer money from Singapore to their native lands.

The reason for their exuberance is not very difficult to seek. Within a short span of just 7 days, one Singapore Dollar now fetches 8,520 Indonesian rupiah, up from 8,111 last week, and 50.3 rupees, up from about 48 a week ago. This is something unprecedented and unimaginable. Essentially, this has happened because of the phenomenal rise of the US Dollar against most of the emerging market nations. Indian Rupee has been hit in a particularly bad fashion. Just last week one US Dollar fetched 57 or 58 Indian Rupees. One week after that, or now, One Dollar would bring in 64 Indian Rupees. I am reminded of a similar week in the year 1991, when Indian Government had suddenly devalued the Rupee, from an exchange rate of about 18 to 23 or 24. 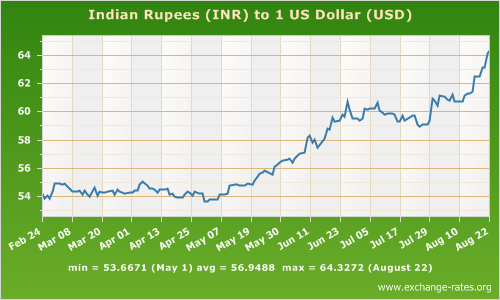 Singapore businesses employ many Indian construction workers on temporary basis and there are many Indonesian maids working here. These low wage earners are quite happy and have been rushing to send money from their meager incomes home to the maximum extent possible. They fear that the exchange rate may not be as good if they wait longer. Most of them have been sending amounts in the range of hundred to 1000 Dollars. Just one office of Western Union reported that they have been serving around 300 Indian customers every day, who want to send money home. All the money exchange dealers are expecting a rush on Sunday, when workers would have their day off. Back home, the elders and families of these migrant workers, suddenly find few thousands of Rupees more in their bank accounts because of these windfall gains. 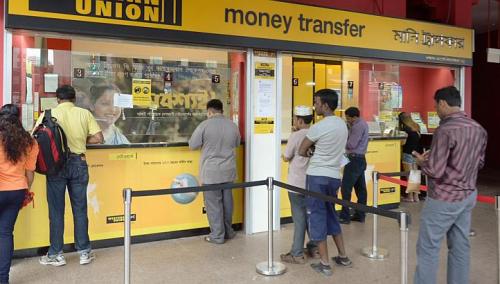 What is the reason for this sudden collapse of the Rupee and other Asian currencies? Some people say that the Anxious market investors are bailing out of shares, bonds and currencies in Asia, on fears that the United States will relax its huge economic stimulus programme, which will reduce the liquidity that has kept world markets buoyant and send American interest rates up - an outcome that might make investments there more attractive than those in Asian economies. 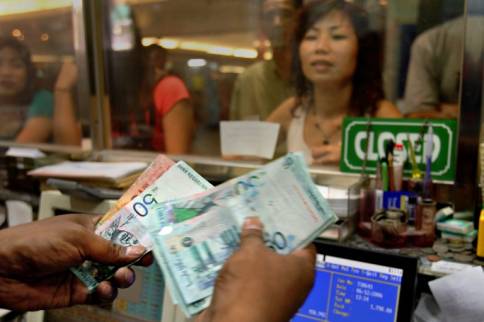 Whatever the reason, not everyone is happy. People in India worry that with Rupee depreciating so fast will also bring in raging inflation and high fuel prices. Students, who have secured admissions in Universities abroad, suddenly find their budgets extended beyond affordable limits. Many of them may have to cancel the idea.

The migrant workers however are not much concerned about this. At the moment they are happy to send money home, even if it means taking advance from their employers.