In the footsteps of the Mahatma 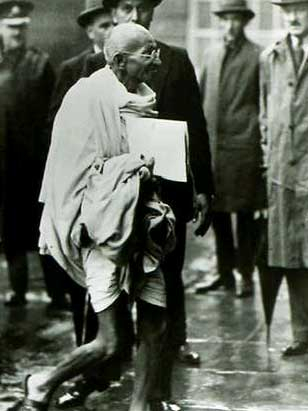 In the year 1931, then British Government of India, decided to organize a round table conference in London to decide about India's political future. Mahatma Gandhi was in Jail at that time on charges of civil disobedience. The Whitehall was undecided first, regarding inviting the Mahatma for the meeting as it was felt that how could they invite Gandhi, since he was in prison for disobeying their laws? However better sense prevailed later and it was realized what one adviser told them, "If you invite him, you invite India. If you do not, no matter whom else you do invite, all India will be absent," was the truth. So Gandhi received an official invitation from His majesty the King of England in Yeravada Prison near Pune.

Gandhi, being the super strategist and politician par excellence, knew very well how to extract full mileage from every political situation and made his plans about his stay in London, public, well in advance. He was invited by Muriel Lester, a well known pacifist of that time, to stay in her settlement for pacifists and those stricken by poverty, known as Kingsley Hall, which still stands today and is home to the UK Gandhi foundation. Gandhi decided to stay at this place surrounded by poor people of London.

Ever since he entered the active politics in India, Gandhi had changed over to a simple atire of a hand woven 'Dhoti' or a loin cloth, worn by millions of rural Indians even today, and again an hand woven white cotton sheet, called as 'Pancha,' wrapped around his shoulders. Gandhi made known public, his plans to wear the same clothes in London, weather permitting.

Every morning, during his stay in London, he joked and played with the children as they followed him on his morning walks through the foggy streets near Kingsley Hall. The children teased him back, saying, "Hey, Gandhi, where's your pants?" To which he just laughed. But by wearing these simple clothes, worn by millions back home, he had made his point and that too rather well.

It so happens now, that wearing simple clothes of a rural Indian, may have worked wonders for the Mahatma then, but if an ordinary Indian, visiting abroad, wears the same simple clothes he would be frowned upon and not allowed even to enter a train. A 67-year old Indian visitor, was recently stopped from entering the Dubai Metro, because he was wearing a traditional Indian dress of dhoti. His daughter, Madhumati, who was accompanying him, says that a policeman stopped them near the punching gates of the Etisalat Metro Station on Saturday, 3rd August 2013, and objected to her father’s dress. He was subsequently not allowed to board the Metro wearing it. She adds that she tried her best to explain to the policeman that the dhoti was an Indian traditional dress but it was of no avail. Gulf news has reported her saying: “I pleaded with him to let us go... But the policeman wouldn’t hear a word. It was really embarrassing and my father was really upset.” Surprisingly, it was not the first time Madhumati's father was travelling by the Metro. He had travelled on the Metro wearing the same dress, on various occasions before, but had never been stopped. 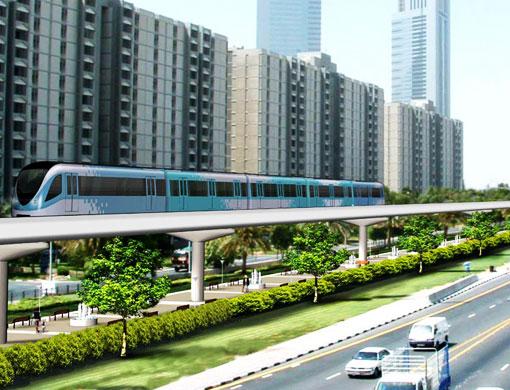 The situation has become highly embarrassing for Dubai's Roads and Transport Authority (RTA) with, its Director of Operations at the RTA’s Rail Agency, Mr. Ramadan Abdullah rushing to issue a statement and putting the onus on the policeman, that it has no official RTA dress code or policy. He says: “What has happened is really surprising. There is no official restriction from the RTA and we have not given instructions on dress codes. I think anything that covers the body and is respectable should be allowed. I believe it was a personal reaction on the part of the policeman and this matter will be investigated.” He has urged Ms. Madhumati to approach the RTA with details of the incident which would help in the investigation, which it is believed, what she plans to do.

All I can say is what worked for the Mahatma in 1931, does not seem to work for an ordinary man from India today. (HaHa!)