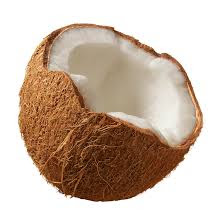 I distinctly remember that my primary school geography textbooks, always described coconut tree as 'Tree of Life.' One that is useful to us humans, in hundred ways. Besides the obvious uses of coconut water for drinking and the pulp known as Copra in Indian cooking, the textbooks described other uses for almost all the parts of this tree of life. Copra, yields oil, which is used for cooking as well as industrial and cosmetic purposes. The coconut husks are used to make coir, which is used in making ropes, carpets and beds. The branches are commonly used to cover the thatched roofing. The list is almost endless. Starting from use of coconut shells as fuel, coconut trunks, leaves, spathe, guinit and even roots are used in some way or other. 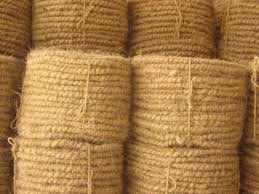 I am very much reminded of my primary school textbooks after I came across a news item about a new and novel use for the coconut oil derived from Copra, discovered by scientists in Philippines. This island archipelago faces Pacific ocean on east and South China Sea on west and is spread between 5 Deg. North to about 18 Deg. North Latitude. The weather is typically tropical, like most of the countries in south east Asia. Naturally, coconut trees are found in abundance in Philippines. It is therefore no wonder that Philippines is the world’s largest producer and exporter country of coconuts.

Philippine Coconut Authority pioneered research and experiments on the use of coconut biodiesel as fuel in 1983 itself, when a project was launched. Philippines became the first country in southeast Asia to enact the Biofuels Act in 2007, to have a law promoting the use of biofuels, created by blending of coconut oil and ethanol from sugar cane to Diesel and Gasolene. PCA is making a push now to mix in, more refined coconut oil with diesel. This should make diesel sold in the country, cheaper and better for health and the environment.

As per the 2007 Biofuels act, it is permissible for the oil companies to mix up to 2% of coco methyl ester, derived from coconut oil, in Diesel, to create a Diesel blend that can be sold to the public. It is also stipulated by law that by 2015, the Diesel sold to public can be blended with up to 5% of coco methyl ester. However, Philippine Coconut Authority wants to reach the 5% mark by this year itself (2013). They feel that this should create a 19.60 billion Philippine Peso (PHP) market for refined coconut oil and save as much as PHP 15.5 billion on imported fuel. To prove their point, Philippines government launched a 25-day study this week, which it hopes will convince transport groups and a national board to increase the amount of refined coconut oil that is blended in with diesel. 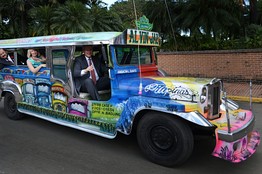 Blended Diesel is the fuel used by public buses and transports presently in Philippines. Besides public transport buses, the most popular mode of transport in Philippines is known as a “Jeepney.” It is actually a most gaudily decorated vechicle modeled after the U.S. Army jeeps used during World War II. In the present 25 days test, seven jeepneys will use a 2% blend for first five days, the level right now allowed by law, followed by a 5% blend for the next 20 days. The jeepneys will be tested for fuel economy, power efficiency and smoke emission levels. PAC feels that this test will convince the national board to immediately recommend a transition to the 5% coconut oil blend.

According to PAC, with use of 5% blend, the visible cloud of black smoke emitted by vehicles, which mainly consists of carbon and sulfur particulates, would reduce by as much as 80%. Also every liter of fossil diesel displaced by coconut biodiesel, would represent a carbon dioxide reduction of 3.5 kilogram per liter of fuel used.

This is all fine. But what about the economics? At present, things appear lucrative because the price of coco methyl ester has been lower than diesel in Philippines, which means that increasing the blend to 5% would lower the cost of the fuel for the transport sector there. But as demand increases for coconut oil, what is the guarantee that coconut oil prices would remain stable. Even if they remain stable, perhaps blended Diesel may remain an alternative for Philippines alone. In India for example, bulk coconut oil prices are around 62 Rupees per Kilogram. Diesel blending with refined coconut oil may not therefore work out to be profitable for the oil companies. Besides, if use of refined coconut oil in blending Diesel become popular in other countries, the international prices are bound to harden, which would make the whole exercise quite futile.