Corporate jungle and self interests 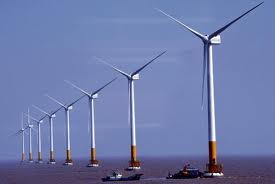 A former British Prime Minister, Lord Palmerston, is believed to have said once of Great Britain: “ We have no permanent allies, we have no permanent enemies, we only have permanent interests.” I think that this probably holds true not only for countries of the world but holds good for the industry too.

Few decades ago, when I was running my own business, I had learned this hard truth through many bitter experiences. During those years, I used to develop small gadgets and accessories for big industrial clients, who used to purchase these from me and fit them on their products. A manufacture of large diesel engines once asked me to develop an electronic gadget that would start raising an alarm if the engine temperature rises abnormally. I developed one such gadget and after rigorous tests was approved by the company and they placed a large order with me to supply these gadgets. I was very happy and supplies continued smoothly for next six months or so.

After that, when I was visiting our client, one of their inspectors, whom I had started knowing well, told me confidentially that soon our order would be closed as they have developed another contractor to supply the same gadget but at lower cost. I was quite surprised and made some inquiries. It appeared that my client diesel engine manufacturer, had coolly handed over few units from my supply to another vendor and had asked him to copy the same and supply these at lower cost.

I learned my lesson from this episode and started encapsulating the electronic circuit boards in epoxy raisins to make them almost impossible to copy. Except for that, I was not able to take any action against my client because of the “Big fish eat small fish” type situation and had to quietly accept loss of revenue. . 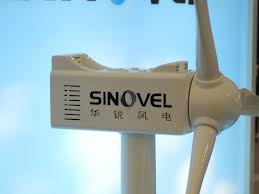 But what happens when both the parties are big fish? Would companies behave honestly with each other or in the same fashion, my client had treated me? The answer to that is simple. The business world is ruled only by the law of the jungle, and each and every corporate entity works in its self interest and would use any fair or unfair means, as has been proved by a recent example. Sinovel Wind Group Company, (Chinese: 中文：华锐风电) is the largest turbine manufacturer in China and by 2011 market share the second largest in the world. This company also manufactures wind turbines used for generating electric power or wind power. In the latest wind turbines made all over the world, the flow of electricity from wind turbines is automatically regulated by using advanced computer software. Sinovel bought this advanced software from an American Company called as American Superconductor (AMSC) located in Devens, Massachusetts. American Superconductor had developed this advanced computer software that regulates the flow of electricity from wind turbines on their own and was their proprietary product.

FBI investigations are now complete and it has been now revealed that Sinovel actually offered big money and access to women to entice an engineer employed by American Superconductors to launch a cyber raid on his employer, stealing sensitive computer codes and thereby cheating the company to the tune of $800 million. Sinovel managed to entice Dejan Karabasevic, American Superconductor's chief engineer in its Austria office to steal the software and offered him a $1.7 million contract, an apartment in Beijing and access to women -- as well as payments wired into the bank account of a girlfriend who was a Vietnamese flight attendant.

US Federal prosecutors have now brought to light some secret e mails and SMS between Karabasevic and Sinovel executives and it makes an interesting reading. In one message Karabasevic says "All girls need money. I need girls. Sinovel needs me." A Sinovel executive praising Karabasevic says "Best man. like Superman...haha." In a separate law suit in Austria, Karabasevic has pleaded guilty to stealing the trade secrets in 2011 and was sentenced to a year in jail. In US, Sinovel, along with two of its executives and the former American Superconductor engineer, were recently indicted by a federal grand jury on charges of trade theft and wire fraud.

I do not see any basic difference between these two instances essentially. What happened with me was on a Nano scale and here in Sinovel's case the scale and value of product was huge. Even then, in both cases, proprietary intellectual property rights were simply overlooked. That is why, I have said above, that in corporate world only law of jungle prevails. Corporates have even known to spend huge amounts of funds to buy a competitor's brand, which is subsequently just killed. We can therefore rightly say: “ Corporates have no permanent allies, no permanent enemies, they only have permanent interests.”