A Rescue drama on high seas 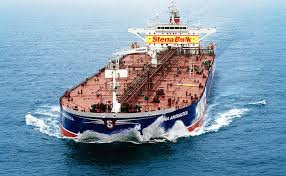 Disaster struck the fishing vessel MV Halo, off the coast of Trinidad and Tobago, in the Caribbean Sea sometime last week, when it was out on a regular fishing expedition. As a great fire engulfed its engine room, the 57 year old captain of the vessel, a Chinese national, clearly saw that there was no other way but to abandon the ship. He ordered all his crew of 16 men to leave the ship and all of them, including himself, piled on to a rubber life raft barely three meters in diameter and perched there precariously.

Next four days turned out to be days of hopelessness and utter despair for this hapless captain and his men, as they kept floating on the high seas watching their stock of drinking water, food and first aid diminishing continuously. They had number of distress flares in stock and kept firing them to attract attention of other ships, which could rescue them from this ordeal. However all their attempts proved to be futile and in vain. Finally, a stage came on Tuesday, or on night of 20th August 2013, that only two flares—one hand-held and another rocket-parachute flare —remained on board ready to go. In a final desperate bid, they fired both of these in quick succession.

But finally luck smiled on them. About 2 nautical miles away (more than three and half Kilometers), an oil tanker, Stena Sunrise, flying a Bermuda flag and belonging to a Swedish shipping company StenaBulk AB, was steadily cruising along. This tanker, which had set out on a 43-day voyage to China, was about 150 nautical miles from Trinidad and Tobago. The sea was absolutely calm and night moonlit. On the bridge of the ship, stood the captain, “Sadanand Deshpande,” who hails from the city of Mumbai and lives presently in the Colaba area, watching the Horizon. 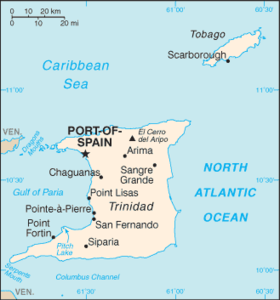 He saw a faint light on the horizon and started watching the spot though his binoculars. Within few seconds, he saw a red flare burning brightly in the sky indicating that it was a confirmed distress signal from some other ship in trouble. Captain Deshpande immediately decided to alter the ship's path and get closer to the source. He called all hands on deck, and within minutes his entire crew of 24 including Romanian chief officer Dumitru Iordache and British chief engineer Edward Batt, came out on deck to help.

Captain Deshpande maneuvered his ship within 20 meters of the tiny rubber raft and saw those 16 mariners hanging on their life with the help of the rubber life raft, waiting to be rescued. For the seasoned crew of Stena Sunrise, the next few moves were just of routine nature. They did not even have to lower a rescue boat. They sent a heaving line with which the raft was pulled alongside and a ladder was lowered once they had permission from Trinidad and Tobago Maritime Rescue Coordination Centre. The operation was over in 90 minutes and entire crew and captain of MV Halo was saved from imminent and total disaster. No wonder that Captain Deshpande says proudly: "It was amazing teamwork. It was our job as humans to rescue someone at sea." 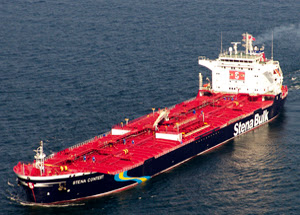 The crew of MV Halo consisted of 13 Chinese and three Myanmarese survivors with youngest of them was a young Myanmarese of just 22 years of age. All of them were stunned and dazed from their harrowing near death experience. Meanwhile, Trinidad authorities sent another fishing vessel, M V Shinshu Maru 62, a sister vessel of the sunken Halo to Stena Sunrise. Captain Deshpande helped the MV Halo crew to get transferred to the rescue craft. The survivors reached later the safety of the shore.

Mr. Erik Hallen, president and CEO of StenaBulk AB, has been appreciative of the rescue efforts of Captain Deshopande and his entire crew and says: "It was a fantastic rescue job. We are proud of our crew for having executed it so professionally. When you are out at sea every second counts."

I feel that this whole operation was the kind of stuff they show in movies. Isn't it?