Shoot down that drone! 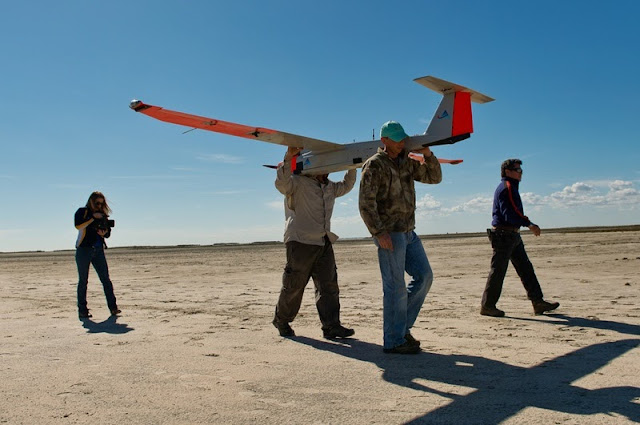 This is one bit of news that would gladly warm the hearts of Taliban and other such terrorists, carrying on with their nefarious activities on borders between Afghanistan and Pakistan. Ever since US forces started attacking with rockets and bombs the places here, by means of unmanned aerial vehicles or drones, these little pilot-less aircraft flying on their own, have become their top dreaded enemy.

Deer Trail, a small farming and ranching town of just 600 people, located on high plains, about 55 miles east of Denver in Colorado state, USA, is considering a motion that the town pays bounties to anyone who shoots down a drone.

Phillip Steel, the man, who has put forward this whimsical proposal, is a resident of this town. He is a 48-year-old army veteran with a master's degree in business administration. He feels that there is a past precedent for similar actions. Governments once paid bounties to hunters who killed animals that preyed on livestock, but only after they produced the ears of the killed predators.

Similarly, he has proposed that the town would pay $100 to anyone who could produce the fuselage and tail of a downed drone. The bounty would be paid only if one of the two has remained undamaged. Under his proposal, hunters could legally shoot down a drone flying under 1,000 feet with a 12-gauge or smaller shotgun.

It is not that Deer Trail citizens have seen swarms of drones flying above them. Even Philip Steel, the proposer, has not seen any of them. He however says that some local ranchers outside the town limits have seen them. Why has he then come out with this proposal in that case? would be the natural question in everyone's mind. 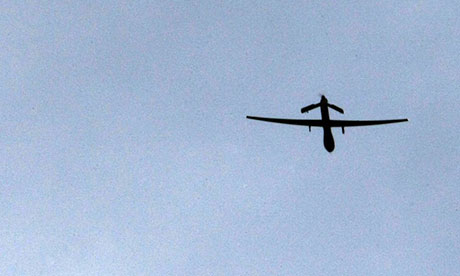 He explains that his idea is symbolic but the expansion of drones for commercial and government use is becoming alarming. He adds: "We don't want to become a surveillance society." According to him, if the town trustees do not vote to adopt the ordinance, it would go before voters in a special election. He hopes that his proposed motion will curtail the use of drones over the area as people flying the drones would be afraid that it would be shot down.

I thought that on the face of it, the proposal looks outright whimsical. But on second thoughts, I feel that it is a symbolic gesture against increasing use of modern technology to interfere in private lives of other people. As it is, there is very little personal information that can be kept hidden from the social media. Now on top of that, you can be under surveillance of some one, who might use the information gathered by him for his commercial advantage to your disadvantage. Such information also can be used even for some criminal activities.

Imagine a drone flying above you and noting all the finer details of your daily routine. Your hobbies, likings and everything. I would not like to be a subject of such a drone search for myself. Phillip Steel's proposal no longer appears to me silly any longer. Eventually all societies around the world would need to bring in similar laws. Apparently, Deer Trail may not be the only town thinking about such a legislation. Some towns in Texas are also thinking on these lines.

On the lighter side, Steel says that the town would require to establish a drone recognition programme that would train the shooters to properly identify the targeted aircraft. His proposal clearly stipulates:"In no case shall a citizen engage an obviously manned aerial vehicle." (HaHa!)