Pray to the God to stop the rains! 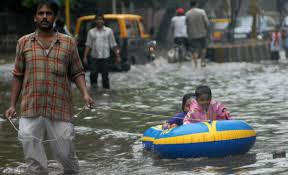 An old lady, whom I knew for number of years, was a very pious and religious minded person, with full faith in her God. She firmly believed that the God controlled each and every single activity in her life and that happened around her. “Even our thoughts also are controlled by the God”; she used to say. If someone did something good, she would give full credit only to the God saying that the God brought in such good thoughts in that person's brain so that something good would be done by him. About evil deeds, she used to be surprisingly silent and never allowed her God to come in. Once she had an accident, fell down and broke some bones. She accepted the situation calmly and explained to everyone around that she fell because her God wished so.

I am very much reminded of this old lady today, after I heard an amazing statement issued by the chief minister of Delhi, the national capital region of India. She said this, after some people complained to her about her government's failure to deal with perennial problem of waterlogging in the city of Delhi. 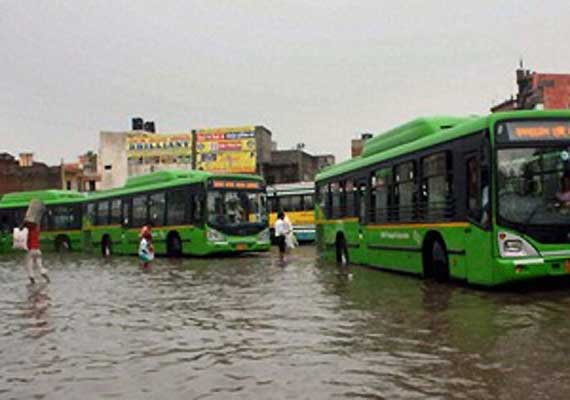 Delhi area has been getting incessant rain since last week end. This heavy downpour had brought the national capital to a grinding halt with roads across the city submerged, leading to massive traffic snarls that left commuters stranded for hours. The rains also flooded the forecourt of the arrival area of IGI airport, causing inconvenience to the passengers coming out of Terminal 3.

When people complained about the inefficiencies and lack pf preparedness on part of civic bodies, to the chief minister, she came out with a curious statement: “Pray to the God to stop the rains!” Amazing! I have never come across before, this kind of statement, from a head of a state Government, in India. 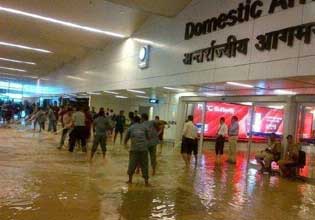 The situation in the national capital region of Delhi is absolutely tailor made for passing the buck and to avoid any responsibility by anyone. The Government of Delhi is the supreme governing authority of the Indian national capital territory of Delhi and its 9 districts. It consists of an executive, led by the Lieutenant Governor of Delhi, a judiciary and a legislative. The present Legislative Assembly of Delhi is unicameral, consisting of 70 Members of the Legislative Assembly (MLA). The chief minister is the executive head of the Government.

To confuse things, there is also, The Municipal Corporation of Delhi (MCD) that is supposed to handle civic administration for the city as part of the Panchayati Raj Act of the Indian parliament. See how beautifully confusing the whole set up is. No one is sure about who is in charge of what? A perfect example of this are the storm drains provided on Delhi roads for clearing the rainwater so that there is no water logging. According to the chief minister, the municipal corporation of Delhi are responsible for this and should find a solution to the problem. But the public works department or PWD of her own Government of Delhi, have taken over 500 streets with a width of 60 feet and more from the civic agency. The total length of the roads taken over by PWD are over 800 km-long and the responsibility of maintaining the drains along the roads has also been taken over by PWD. 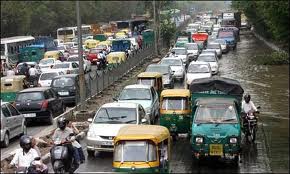 After the massive chaos on the city roads after week end rain, when chief minister was asked about whose responsibility it was to clean the city drains? She came out with even a curiouser statement "I do not want to get into fixing anybody's responsibilities. It is the responsibility of the civic bodies." 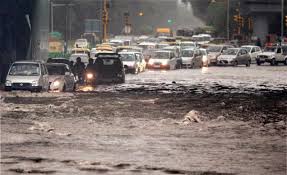 Some ignorant voters in Delhi may venture to ask the chief minister, as to what purpose they have elected the Government, if things are to be left to the God. But poor blokes do not seem to realize that the chief minister has actually lead them down a golden path to get rid of all the ills from their life with a magic mantra in the easiest of all fashions. Just prey to the God! Great!