No entry for the oversized! 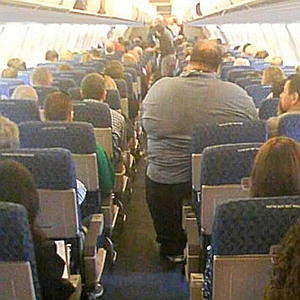 Every morning, I go to a fairly well known eatery in Pune, to have my mid morning coffee with few friends. The restaurant is mostly crowded around that time and sometimes it becomes rather difficult to find a seat. There is no choice then but to stand quietly in a corner and watch the tables in the restaurant to find if someone is leaving and then make a dash for the empty place. One particular gentleman, who used to be there almost every morning, was a rather unwelcome sight for us over the years, because he was so much oversized that he would occupy sitting space of two people alone. I thought (very cruel and mean thought no doubt!) many times then, that this eatery should really ban the entry of such oversized people in the restaurant during busy hours. Obviously, the restaurant owner would never accept my idea, as such oversized customers usually also consume large quantity of food and are most preferred customers for him. People like me, who sit there at the busy time and consume just a cup of coffee, are for him a business compulsion, he would rather do away with, if given a choice.

Whenever I travel by air, ( I travel cattle class by compulsion) my only wish is that no oversized fellow gets a seat next to me or even in my row. I usually opt for an aisle seat in the aircraft because there at least one side is assured not to have an oversized co passenger. I have observed many a times, sheer plight of other passengers who have the misfortune of sharing an aircraft seat next to a giant. I have always felt that they should have a special section for heavy weights to enjoy each others company. In this case I am sure that airlines would be on my side because an overweight passenger is a loosing proposition for them as he pays less per Kilogram. 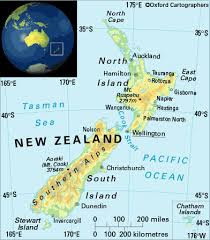 My likes and dislikes apart, it now appears that some countries even seem to think on similar lines (HaHa!). New Zealand, an island archipelago country in south pacific, has recently denied to renew work permit of a person on grounds that he is over weight. An immigration spokesman for the country says that the permit extension has been rejected because the person's obesity puts him at "significant risk" of complications including diabetes, hypertension and heart disease. It is important that all migrants have an acceptable standard of health to minimise costs and demands on New Zealand's health services."

Albert Buitenhuis, a South African chef has been told by Immigration officials that he is too fat to be allowed to live in the country. Buitenhuis weighs 130 Kg (286 pounds) but Immigration officials think that he does not have "an acceptable standard of health". Mr Buitenhuis and his wife, Marthie, moved from South Africa to Christchurch in New Zealand, in 2007 and have been getting their work permits renewed annually without any problems, according to his wife. Strangely, the situation is bit ironic. When Mr Buitenhuis moved in New Zealand, he was actually a lot heavier. He weighed 160 Kg's then and at least 30 Kg heavier than today. No immigration official or any one raised any objection then. They applied for work permit year after year and there were no issues.

Secondly New Zealand could never be considered as country of lean and thin people. As per latest survey, it has one of the highest obesity rates in the developed world, with nearly 30% of people overweight. It is therefore strange that Mr Buitenhuis faces expulsion in spite of shedding 30 Kg of weight.

The couple has appealed to New Zealand's immigration minister, arguing the chef's recent weight loss. Irrespective of my personal bias, I think it is a great injustice, to single out someone, who has stayed in the country for 6 years and suddenly tell him that he can not stay because he is overweight.