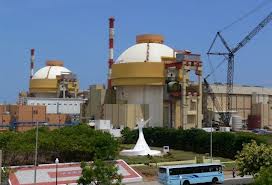 No other power project in India, perhaps for the possible exception of the Enron power project at Dabhol located on west coat of India, which is now known as Ratnagiri Gas and Power Co, has faced as many obstacles as Kudankulam nuclear power project on east coast of India ever since it was conceptualized way back in 1988, when an Inter-Governmental Agreement on the project was signed by then Prime Minister of India Rajiv Gandhi and Soviet President Mikhail Gorbachev, for the construction of two reactors at Kudankulam.

The project remained in hibernation for a decade, firstly due to the dissolution of the Soviet Union and later there were also objections from the United States, on the grounds that the agreement does not meet the 1992 terms of the Nuclear Suppliers Group. Construction work finally began only in September 2001.

Ever since the Fukushima disaster in Japan, many groups have been opposing the Nuclear power plant. There have been allegations that these protests have been funded by some foreign based organizations. A fear was systematically created in the minds of nearby villagers for their safety, which resulted in intense protests by fishermen and other river folk against the power project. Even a Public Interest Litigation (PIL) was also filed against the government’s civil nuclear programme at the Supreme Court. 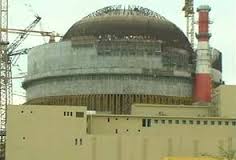 On May 6th 2013, in a landmark judgment, Supreme court of India gave its green signal to the commissioning of the Kudankulam nuclear power plant in Tamil Nadu. Dismissing a host of PILs challenging the Madras High Court’s earlier order in favour of the plant, the apex court termed the operationalisation of Kudankulam nuclear power plant as necessary for the country’s growth. The court said in their judgement, while stressing that development of nuclear energy is important for India: “Kudankulam plant is safe and secure and it is necessary for larger public interest and economic growth of the country.” Most of the controversy subsided after the judgment. The apex court also ordered that the plant should not be made operational unless the Atomic Energy Regulatory Board (AERB), Nuclear Power Corporation of India Ltd (NPCIL) and the Department of Atomic Energy (DAE) accord final clearance for commissioning of the unit “ensuring the quality of various components and systems because their reliability is of vital importance.”

After clearance of the court, the reactor was loaded with fuel assemblies consisting of 163 uranium fuel bundles containing about 80 tonnes of uranium oxide. At the same time according to court's orders, the Atomic Energy Regulatory Board (AERB) carried out a thorough review and finally gave its nod for controlled fission process or “first approach to criticality” (FAC) for the first unit of the plant on 11th July 2013. After this, towards midnight, under careful watch of four operators, Boron control rods were removed to allow boron dilution, which would allow neutron concentration to go up and start nuclear fission, generating heat. The first unit at Kundankulam Nuclear Power station began process of multiplication of neutron in the reactor or in other words, attained criticality at 11.05 PM on 13th July 2013. All its parameters remained normal. 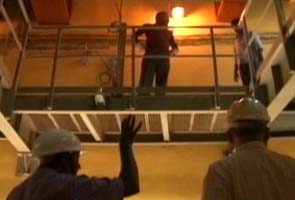 Clearance for the First approach to criticality, however, does not mean that the plant would be soon commissioned. Several low-power tests will have to be carried out to verify the conformance of the reactor’s characteristics to design objectives. After the AERB reviews the results of the tests, then only clearance for the next stage of commissioning would be given, which would entail a phased increase in the power level of the reactor. There is no fixed time frame for this.

Kundankulam plant, built at an estimated cost of INR136.15 billion (US$3 billion) is the 21st nuclear power reactor in India. When it goes on stream, India’s total capacity of nuclear power will go up to 5,780 MW. According to Nuclear Power Corporation of India release, the reactor incorporated enhanced safety features in line with the current international standards. “These are Generation III + reactors incorporating a combination of active safety systems as well as passive safety systems like Passive Heat Removal System (PHRS), Hydrogen Re-Combiner, Core Catcher, Hydro Accumulators, and Quick Boron Injection System.

Whatever the skeptics may say, to meet its long term power needs, India has no choice but to resort to nuclear power. Many of the gas based power plants built in the country, such as Dabhol plant, are running idle because power produced there is so expensive because of the current gas prices, that there are no buyers. Attaining criticality at Kudankulam is perhaps another important milestone for India.