Death of a watermelon vendor 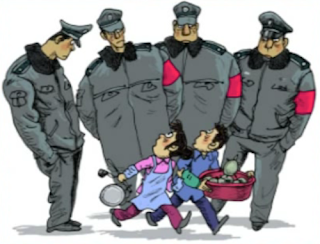 We all believe in symbolism, don't we? For showing our emotions, material possessions, fears, anger, we invariably resort to symbolism. That is why emoticons are so popular in modern age communications. I read somewhere, that people buy very expensive cars to flaunt their wealth and not for use. The car here becomes a symbol of wealth. It is no longer a medium of transportation. Followers of modern Hindu religion, very well know that the idol they worship is an inanimate object, yet it is subjected to all kind of worldly rituals and it is even decked up with ornaments and expensive clothes. The idol of a deity here, therefore is nothing but a symbol of an unknown power entity, whom we fear and are also awed.

Social movements too need symbols. Mahatma Gandhi was a super strategist and used symbolism in an absolutely masterly way. I always feel fascinated to read about his 'Satyagraha' movements. In one of his 'Satyagraha,' he used a simple ritual of making salt from brine water in such superb fashion that within weeks it got converted into a major political movement against the British. He used many such symbolic gestures such as hand weaved cotton on home spinning wheels effectively to counter British commercial interests that were killing India.

Sometimes things happen in the other way. A relatively minor event, can become a starting point of a major conflict. The murder of Archduke Franz Ferdinand, heir to the throne of the Austro-Hungarian Empire by a Serbian in 1914 led to the start of World War I, barely one month later, killing thousands of people. Here also, this murder was a symbolic event. Obviously not every such symbolic event would lead to a major catastrophic change. The spark of such an event can start a big fire only if there are lots of dry wood splinters around, otherwise the spark just gets extinguished.

Last week on 16th July 2013, in China's Linwu county, Hunan province, a farmer, Deng Zhengjia, was selling watermelons, grown on his farm, along with his wife , when he was approached by several Chengguan Police. The Chengguan are officially designated as 'Urban management officers,' and ensure that law and order is maintained in urban areas. The Chengguan confiscated 4 watermelons and asked the farmer couple to move to another designated area as the area where the couple was selling watermelons, was not approved for street vending. Obeying the orders, the farmer couple moved to an approved spot. 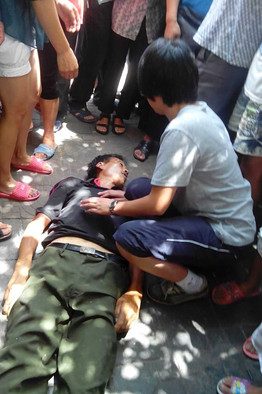 After about 50 minutes the same group of Chengguan police got into a scuffle with the same farmer now standing at the permitted spot. According to China news agency, seven or eight Cengguan started to beat this farmer Deng with the weight from his weighing scale. After 10 seconds or so, the farmer fell down and suddenly died. The dead farmer's wife and some eye witnesses say that the officers continued to kick his body after he fell down and refused to call 120, China’s medical emergency line.

Chengguan are widely conceived as arrogant bullies in China, who are believed to abuse their power. When Chinese media broke the news of Deng Zheng, there was immediate wide spread condemnation. Wang Juntao, a popular microblogger, who posts under the name “Laorong,” retweeted one of his old posts about Mohamed Bouazizi, the Tunisian street vendor who immolated himself after his scale was confiscated by authorities. Mr. Bouazizi’s self-immolation triggered the revolution later known to the world as Arab Spring. A user on Weibo, Sina Corp.’s popular microblogging service, said “China’s chengguan are addicted to beating up people.” Another added that the tragedy “couldn’t be tolerated by God” and was “the nightmare of China.”

Realizing the wide spread resentment, the municipal administration in Linwu suddenly went on defensive. Calls to the local publicity bureau in Linwu were unanswered on afternoon. A person who picked up the call at the urban management administration, refused to comment and said that he was not clear about the event. 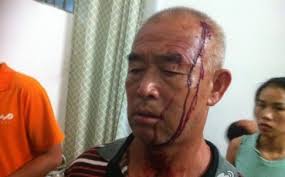 For next two days, thousands took to the streets in Linwu county of Hunan province in order to keep the dead body from being taken away by local law enforcement officers. Local media say that the people believed that keeping the body for autopsy was the only way to prove that the vendor was lethally beaten.

Around 4 AM on morning of 18th July, about 200 local police officers attacked the crowd with sticks and shields, and managed to take the body away. There were witnesses and reporters, including a reporter from the website of state broadcaster China Central Television.. Immediately, bloody pictures of injured civilians were posted on Weibo, and two reporters from a local Hunan television network also alleged that they were beaten when interviewing witnesses.

On same day, the family of Mr. Deng finally consented to an autopsy conducted by a forensic team designated by the local government, but only on the condition that they be allowed to be present during the autopsy and keep samples from it, according to Hunan Daily, a Communist Party newspaper. However it was observed that the most of the posts about the event, from newspaper Hunan Daily’s official Weibo account, were later found deleted.

The autopsy was conducted on that day afternoon around 2:30 p.m., according to Hunan Daily. The local government held a press conference at 4:00 p.m. but didn’t announce results and kept the results under wraps. 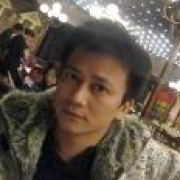 Blogger Chengpang might have become emotional, but his point is well taken. No one can really say whether death of a watermelon vendor can bring about major repercussions and reforms about the urban police. That would depend upon so many other factors. The fact remains that even in a tightly politically controlled country like China, the writing on the wall is very clear. But it must be accepted that not every symbolic event brings about a revolution or an Arab spring.