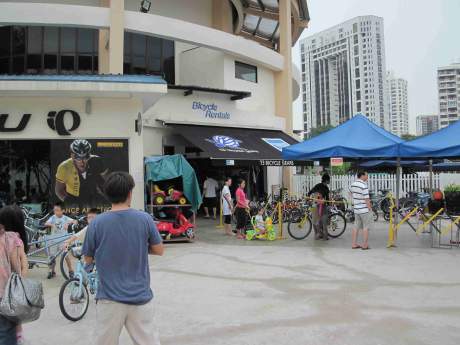 In the first two parts of this series, we discovered crazy bicycles made from cardboard and also from Bamboo and hemp. I have found yet another bicycle maker now, who surprisingly uses only normal materials used by all bicycle manufacturers; namely steel tubes, to make his bicycles. Still, we can classify his bikes in the crazy class, because of their price, which hover around 10K Dollars.

You don't believe it? Well! I also did not believe it first, but after reading about the bicycle, Mr. Po (Name changed) has purchased from this bicycle assembler, I had to believe the story. Mr. Po, 47, is an average Singaporean, works as a country manager for an electronics company, is married with two children and cycles for leisure. He belongs to a class or creed of people, whom, we can simply describe as bicycle buffs. Every Sunday morning, he rides his bicycle for about 42 km, along the East Coast Park.

About 2 years ago, Mr. Po decided to retire his trusty steed, a 26 year old bicycle.
There is nothing crazy about this. Almost all bike riders periodically change their rides. It is pretty simple, just walk to a bicycle shop and buy one off-the-shelf replacements and you are done. But our Mr. Po, did not like the idea. He wanted his new bicycle to be a handmade specimen, customised to his specifications. There are number of shops in Singapore on Serangoon Road, who offer customised bicycles for their clients. But they merely assemble the bicycle from standard parts, fabricated abroad, like the frame for example that is fabricated in the United States. 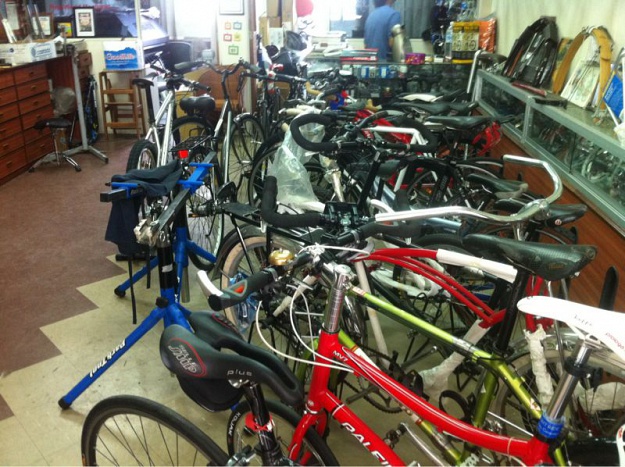 Mr. Po went instead, to another bicycle manufacturer; Mr Suleiman, who owns a bicycle factory in Gaylang East industrial estate in Singapore, called as “Rebound center.” This place is one of the few local companies, that will build a bicycle from scratch for the customers, fabricating the steel frame right here in Singapore. Mr. Suleiman agreed to fabricate a bicycle just the way Mr. Po wanted, but his quotation was whooping SG$ 14000 and it would take him at least 18 months to make the bike. Mr. Po, after giving some thought to it, decided to bite the bullet and ordered the bicycle.

Mr. Suleiman, who owns this shop, is a frame builder who was trained for about one and half months at the United bicycle Institute in Oregon in the US in 1994. However, upon his return to Singapore, found that there was little demand for custom-fabricated frames here. His shop, which he opened in 1995, does mainly bicycle servicing and about two custom-fabricated bicycle frames in a year. But this dropped to none, in the late 1990s. Fortunately for him, demand for custom-fabricated bicycles started to pick up again around six years ago. Mr Suleiman now custom-makes about two bicycles every year, each costing between SG Dollars 6000 and 20,000. The customers for his custom made bicycles are usually male and female working professionals in their 30s and 40s. 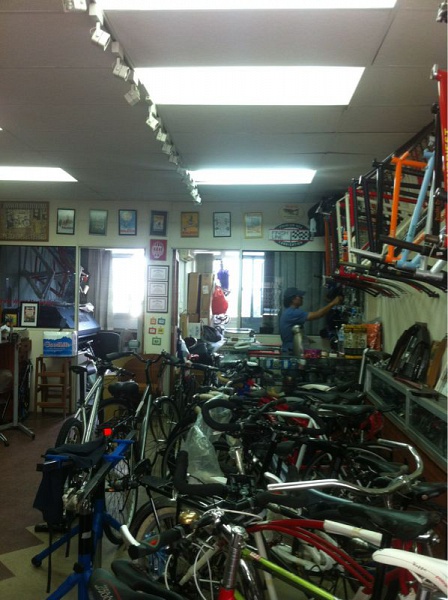 Mr.Suleiman fabricates his bicycles with great passion. His bicycle frames are fabricated to a degree of accuracy that involves measurements of up to one-tenth of a Millimeters and and degrees. It takes a minimum of 80 man-hours over at least six months, to build the frame and assemble it with wheels, gears, breaks and other parts. It is obvious that fabricating bicycle frames is not Mr Sulaiman's bread and butter, it is a crazy job which he finds immensely enjoyable. While explaining his passion for bicycle making, Mr Suleiman says: "It is creative work. There is the satisfaction of making something that can be used to ride out of nothing."

Mr. Po got his new bicycle after waiting for almost one and half year, and took a photograph of his own along with his new bike to remember the occasion. He says: "when I collected it, I felt a sense of accomplishment. For me it was realising a childhood dream that I am able to afford at bicycle like this. This might be the last bicycle I get, so I wanted to splurge on something that nobody has." He adds further that the big ticket item was thoroughly worth it. He adds: "it is unique to me. I am more comfortable riding it because it is customised to my dimensional's."

Nothing to beat these crazy bicycle manufacturers and riders, who will not mind to fork out sums, in which one can buy a medium sized family sedan in India.

(This article is based on a write up in Straits Times)