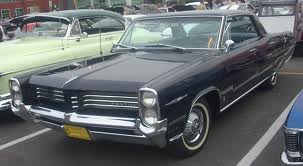 In the summer of the year 1991, I travelled for some business work to the US city of Milwaukee, located on the northern shores of Lake Michigan in Wisconsin state. I took an Amtrak train from Chicago's Union station in the morning and was in Milwaukee in about one and half hours or around 11 AM. Mr. Jeff (name changed), whom I was supposed to meet, was waiting at the station to receive me. After welcoming me to Milwaukee, he led me to his car for taking me to his office. His car, a flashy green looking monster, was parked in the parking area. Noticing that I was looking at his car, Mr. Jeff proudly told me that this was one of the best cars in US, fully made in Detroit. I kind of smiled and kept my reaction muted, so as not to offend my host.

This green monster of a car, had post office red upholstery inside with ochre yellow furnishings. There were gleaming and shining chrome borders of squarish shape everywhere, around the wind screen, instrument cluster and radio console and even around the horn button. I sincerely felt that this car looked something far different from my concept of a nice looking car. Honestly speaking, it looked quite horrible. Naturally, I kept my feelings to myself for obvious reasons. Later on, while driving the car, when Mr Jeff casually told me about the fuel consumption of his car with great pride, I had no words of even false appreciation left in my mouth. If this was the stuff they were making in Detroit, it was no wonder that the auto industry there had collapsed, I felt.

It was not as if back home in India, the automobiles produced were of any better quality at that time. With the only exception of Suzuki cars, we had on Indian roads, horrendous moving junks known as Premiers and Ambassadors. Even then, this Detroit product was bit too much for me to digest. It is true that even around that time in 1991, Detroit auto industry no longer was the pristine glory of American Industrial revolution. Though there were still few ardent supporters of Detroit cars like our Mr. Jeff, common American man was no longer a fan of Detroit cars with most opting for cheaper, better and more fuel efficient Japanese automobiles.

Way back in 1950's, however, the words, automobiles and Detroit were almost synonymous. World's three biggest auto manufacturers, Ford, General Motors and Chrysler had their major plants in Detroit. At the height of its industrial power, Detroit was an irrepressible engine of the American economy. Many considered that Detroit had put the world on wheels. Detroit offered well-paying jobs, a gateway to the middle class for generations of autoworkers and affordable vehicles for every one.

By 1991, when I was visiting Milwaukee, all that had changed. Cheap imports of Japanese cars first and then their subsequent manufacture on US soil, had broken the back of the Detroit auto industry. Japanese cars were not only sleek, looked awesome and had such ridiculous low fuel consumption figures that they were not even comparable with Detroit monsters. 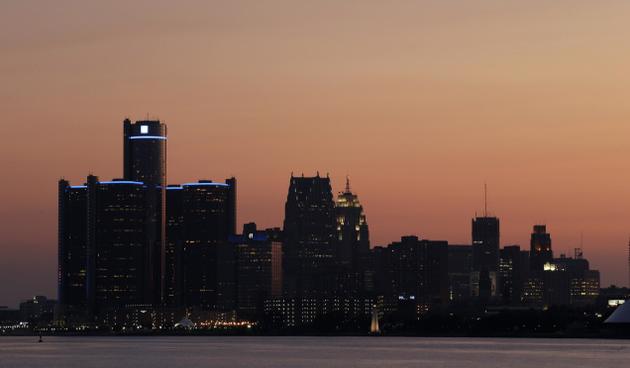 With the auto industry gone, the Detroit city itself had began the slow process of death then and there only. Now, almost after thirty years after the town started its downward fall, its death knell has been sounded. The city of Detroit has became the biggest U.S. city to file for bankruptcy on 18th July 2013. Its finances, ravaged with a long slow decline in population and auto manufacturing that once made it the very symbol of American industrial might, now gone.

What does it actually mean? The federal bankruptcy court filing, conserves cash so the city administration can operate by diverting city funds to debt repayment. It would mean laying off municipal employees, selling off assets, raising fees and scaling back basic services such as trash collection and snow ploughing. City services like Police, Fire brigade and Hospitals would no longer be adequately paid with their finds diverted to debt repayment.

Detroit's population, which had grown to 1.8 Million during its days of glory in 1950, has fallen to a mere seven hundred thousand today. Its budget deficit is believed to be more than $380 million. The long-term debt was anywhere between $17 billion and $20 billion. The city administration was raising money of Government backed bonds to pay its 10000 employees.

Once the pride of Detroit, its automobile factories with multiple floors, built in the post-war boom years, are all lying vacant. Even US manufacturers moved of Detroit and built up their single story plants, based on Japanese designs elsewhere. Things look rather dark for Detroit.

The only silver lining to otherwise gloomy picture, is that General Motors Corp, which has its headquarters in Detroit, has announced that they would stay put. An official announcement says: “GM is proud to call Detroit home and today’s bankruptcy declaration is a day that we and others hoped would not come,We believe, however, that today also can mark a clean start for the city.”