A story of unbelievable compassion 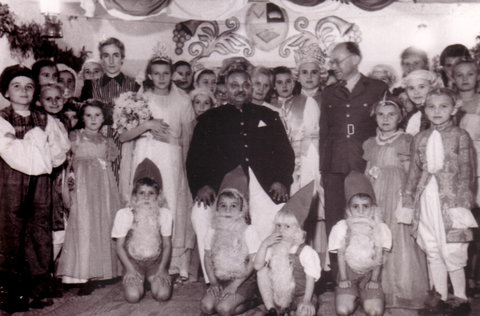 Mr. Franek Herzog, a 82 year old Polish immigrant to United states and living in Hebron, Connecticut, is planning a visit to Orchard Lake in Michigan in the first week of August. He would be travelling there for a two-day reunion with a group of 18 other Polish war survivors from the second world war. During the reunion, the most prominent subject that is bound to be discussed, would be their stay in India, about seven decades back and the arduous, improbable journeys they made from their war-torn homes in Poland to the erstwhile Indian princely state of Nawanagar, which provided an oasis for approximately 1,000 Polish children for four years until the hostilities ceased.

Their story opens, right at the beginning of the world war II, in the year 1939, when Nazi Germany and Communist USSR attacked their common neighbour Poland. Improvised Polish army was no match for the invading armies and soon the polish nation surrendered. Nazi Germany and USSR decided to divide Poland between them. Germany holding on to west Poland and USSR on to east Poland. Both the Nazis and Soviets sent huge numbers of Poland’s elite, like military families, police, doctors, teachers, and anyone else suspected of patriotic feelings to prisons and labour camps. Soviet Union later went a step further. They decided and deported more than 1.5 Million Polish citizens to deep interior points like Siberia and Kazakhstan. The purpose of these deportations were two fold. Firstly it was thought that it would simplify the polish integration into Soviet empire. Secondly it provided a supply of labour for Soviet Union's collective farms. Entire families were packed into railway goods wagons in Poland and were confined in them for six weeks as the trains rolled east towards Kazakhstan. Anyone trying to escape was just shot. The deportations soon got converted into a massacre as starting from April, 1940, the Soviets killed an estimated 18,000 Polish army officers and professionals in an event that has come to be known as the Katyn Forest massacre, after the region in Russia in which the executions were conducted. 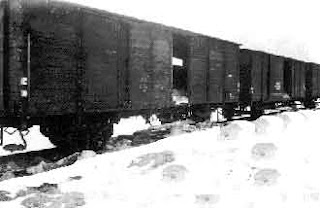 However, as things turned out later, the same deportations became a deliverance for the deportees from the Nazi concentration camps and the subsequent genocide. In 1941, Hitler suddenly attacked Soviet Russia with a blitzkrieg. This made the Soviets change their strategy towards the Polish deportees. At that time, thousands of Polish deportees were in prisons in Russia. It was thought that an army could be created out of these deportees, who could fight the Nazi's. A general amnesty was declared to all polish deportees. An exiled Polish Government in London readily agreed to formation of this army and an agreement was signed with Soviets. This army was supposed to fight in North Africa with the British and was to be assembled at just north of the USSR border with Iran, on its way to middle east through Iran.

The soldiers were supposed to gather together in bases in Turkmenistan and Uzbekistan before proceeding further. All the polish deportees saw this mass transit of soldiers as an opportunity to escape from harsh life in USSR and an epic journey of thousands of Polish families began towards Turkmenistan from all over USSR, who hoped to join the soldiers and eventually cross over to Iran.
To take up this journey, many families had to escape from the community farms (many farm bosses simply refused to allow them to leave.), have money to buy train tickets and travel for months from Siberia to south. They had to change trains frequently, sleep on bare floors. Conditions were filthy with no proper washing facilities at stations. People were infested with lice and infections spread like wild flowers. Many of them died just waiting for the train tickets.

Polish army, along with migrant families, crossed into Iran by ship across the Caspian Sea or by road at the end of 1942. Some 37000 adults and 18000 children made it. After this, the soviet border was closed and another Million Polish citizens remained trapped inside forever. Iranian's were sympathetic towards the polish and treated them kindly. Some of them stayed in Iran but majority moved towards Afghanistan and finally to India. In April, 1942, after a month’s journey, the children arrived at a temporary home by the seaside in the Mumbai suburb of Bandra. “The first thing we did after coming to the house was to have a god meal,” Mr. Herzog recalled. “After the meal, we went to the bathroom to take showers…What a luxury!” After a three-month stay in Bandra, during which the Polish orphans were nursed back to health and given basic English lessons, Mr. Herzog and his companions left for more permanent quarters in the Nawanagar village of Balachadi. 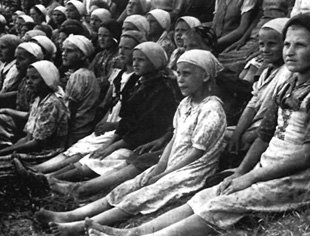 Navanagar was an Indian princely state of British India, in Kathiawar region, situated on the south of the Gulf of Kutch and ruled by Jamsaheb Digvijay Singh Jadeja, an extremely compassionate ruler. When he came to know about the plight of the Polish refugees, he once decided to open his province for the Polish refugees. He, along with rulers of Patiala and Baroda and Industrialists like Tata's raised a sum of six hundred thousand Rupees and set up a camp at Balchadi near Jamnagar, which had special accommodation, schools, medical facilities and opportunities for rest and recuperation for the refugees. When the first batch of about 500 severely malnourished and exhausted orphans reached the camp, he welcomed them warmly. He coordinated with the Polish Government in exile and arranged to impart education in Polish language apart from catholic priests. 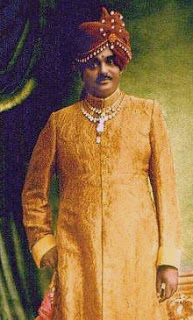 In 1943, work started on a camp in Valivade, in Kolhapur, another princely state,(now part of Maharshtra state) that was intended to provide war-time domicile for 5,000 Polish older people, women and children from the Soviet Union. It was designed to be “a Polish village on an Indian riverbank.” Some of the older Polish orphans from Balachadi were moved to Kolhapur, Mr. Herzog among them. He threw himself into the scouting unit there, and took several weekend hikes, including one to Panhala, a fort associated with Shivaji.

Between 1942 and 1948, about 20,000 refugees stayed and transited through India for a duration ranging from half year to six years in some cases. After the war was over, the refugees were asked to return to Poland. However, many chose to be repatriated to the UK, the US, Australia and other Commonwealth nations while just a few returned to Poland. The Nawanagar Maharaja gave them a personal send-off at the station.

Mr. Herzog says: “I have a few friends from the Balachadi Camp in US, England, Australia and Poland. But as the years march on, there are fewer and fewer of us. It is likely that the story of Polish war immigrants is likely to fade away sooner or later. The great deeds by the Nawanagar Maharaja, done almost Sixty Five years ago, are already forgotten in India, but in today's Poland , Maharaja of Nawanagar, Jamsaheb Digvijay Singh Jadeja is still fondly remembered. Many survivors even today still recall with emotion and tears, the Maharaja and his kindness.