A 1000 year old treatise on architecture 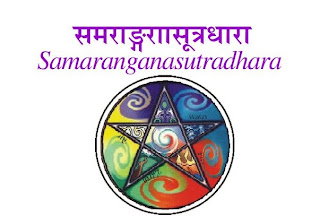 'Raja Bhoj' is well known to students of Indian history, as one of the illustrious kings from the past. Raja Bhoj, ruled the central Indian region of Mālwa from the beginning of the eleventh century to about 1055. He was a great warrior and fought many a battles during his illustrious career, with many great and powerful adversaries including army of Sultan Mahmud Ghaznavi, who had earlier invaded famous shrine at Somnath. This king also died in the tradition of a true warrior, defending his capital, in a battle. 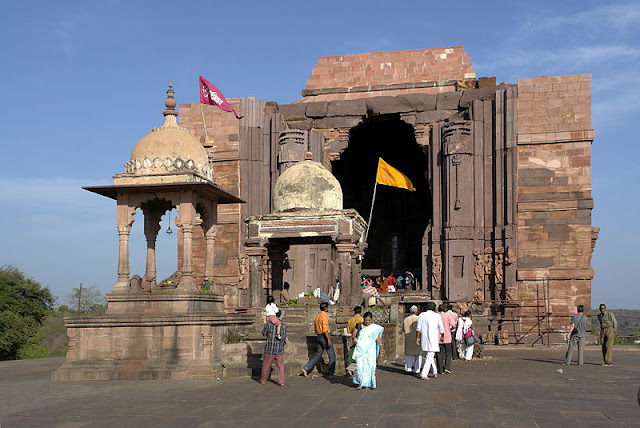 Raja Bhoj was not only a good general, with his military career seeing several major victories over rival kings. He is remembered more for his intellect and patronage to arts and culture. He constructed many spectacular temples, one of the most dramatic of which is seen in the form of the great temple of Shiva termed Bhojeshvara at Bhojpur about 30 km from Bhopal in Madhya Pradesh state. Another notable construction, which is a historical civil engineering masterpiece, is the Bhoj lake, which was built by damming and channelizing the Betwa river. He was a philosopher and is also supposed to have paid great attention to the education of his people. It is said that his subjects were so learned that even humble weavers in kingdom also composed metrical Sanskrit poetry or “Kavyaas.” He is believed to have authored as many as 84 books. Though, we shall never know whether he actually wrote these or just sponsored them. Many researchers however believe a strong role by the King himself in the authorship.

One of his books, Samarangana Sutradhara, written in Sanskrit, is a discourse in 80 chapters, on civil engineering, detailing construction of buildings, forts, temples, idols of deities and mechanical devices. It is also rather famous as it devotes one full chapter on building of flying machines. Being the only ancient Indian source known about building airplanes, Raja Bhoj's work has attracted much attention. But the book does not explain process of building airplanes completely and says that it has been done purposely, for sake of secrecy.


However real greatness of this book lies in the other chapters which deal with many varied subjects such as geology, astrophysics, measurements, norms of town planning, residential houses, colonising, temples, military camps and so on. This book has been studied, and analysed by many scholars from India and abroad. However a full and true translation, which would give full justice to the vastness of the subject, was missing. An octogenarian from Pune city in India has recently completed this stupendous task after working on it for nearly two decades. The translated book would be published by Indira Gandhi National Centre of Arts (IGNCA, Delhi), in six volumes by October 2013. 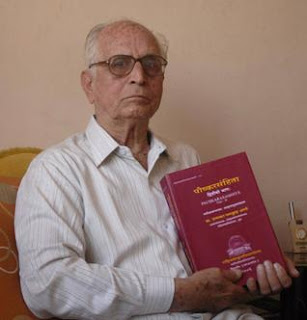 Mr Prabhakar Apte, the octogenarian, who has tranlated this book, has an educational background of MA and PhD in Sanskrit. Prior to his retirement, he was working with Archaeology Department of Deccan College and Rashtriya Sanskrit Vidyapeeth (Tirupati). At Deccan College, he was also the editor of Encyclopaedic Dictionary of Sanskrit. During his professional stint at Tirupati, he came in contact with temple architecture discipline. Mr. Apte says: "The experience came handy during translation of Samarangana Sutradhara." He also feels that he was in a better position to translate the book because he had support from his engineer friend Aravind Phadnis. He adds "It hasn't been an easy task. Translation and decoding of such a text is only possible when a Sanskrit-oriented technologist and technology-oriented Sanskritist come together. ” 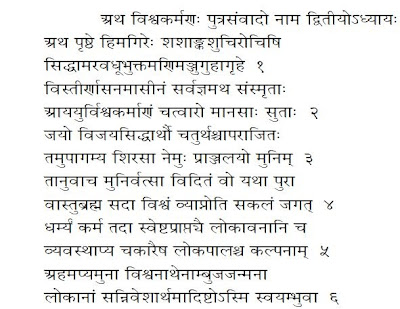 This book like all books written in those times, begins with a story somehow linking the author to Gods. Story line here, begins with mythological architect of the Gods, Vishwakarma, asking his four sons, Jay, Vijay, Siddharth and Aparajita, to go in four directions to colonise the earth. His sons come up with several questions. The book gives us the answers given by Vishwakarma to these questions, in words of Raja Bhoj.

Some of the elements covered in the book include master plans of all site plans, town planning, basic measurement units, colonies according to social strata, palace complex, residential houses, temples, military camps, definition of machines and more.

Mr Prabhakar Apte deserves all praise for his painstaking work of two decades and his research. His translation should prove to be a great asset for scholars and researchers in future.