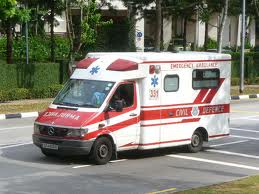 I went through a catastrophically nerve breaking, true life experience recently. I want to narrate it in some details here to the readers for one single reason. It is a huge warning for any elderly traveler from the developing countries like India, travelling to any of these so called foreign first world countries, which are supposed to have some of the world's best health care systems and how even a possible financial ruin may await the tourist, if he is unlucky.

It started as a very minor accident, when one of my lady co-travellers tripped, while getting off from bed ( Which incidentally was just a foot high) and landed flat on the floor with her abdomen and chest hitting the ground first . I found her writhing and turning in excruciating pain. There was no choice but to call emergency medical service and take her to a hospital. Paramedical services in Singapore are perhaps one of the best in the world. The ambulance arrived within 10 minutes of our call. Equipped with a stretcher and all the first aid equipment, the trained paramedics took the lady to the emergency within next 10 minutes and she was given immediate medical attention. The efficiency of the paramedical service is just unbelievable. 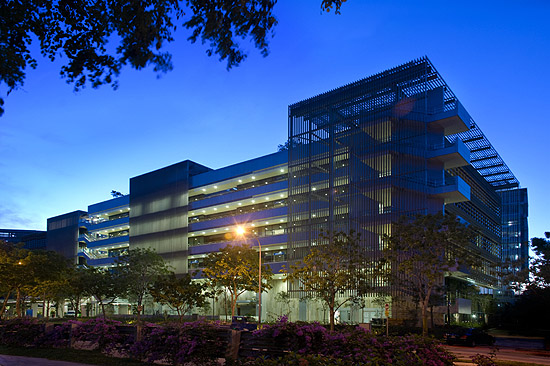 But now came the reality. For next 2 hours the lady was subjected to innumerable tests that included, X-ray imaging, CT scans and ultrasounds, blood tests. Meanwhile we waited outside anxiously. Finally one person came out and told us that she has been given sedatives and is peaceful. However from her tests, nothing is clear as yet. She might have kidney failure or some internal bleeding. She would need to be admitted in the hospital. We had no choice but to accept it.

Later we were led to the office and shown an estimate of Singapore Dollars 2900/- for the costs. We were just stunned. No tourist from a developing country like India, would have that kind of cash with him travelling abroad. I then remembered that the lady had a travel insurance policy. We were relieved and telephoned the insurance company representative, who was incidently located in Malaysia. After many telephone calls, we finally became aware that yes! The accident hospital expenses can be claimed from the insurance company but only as reimbursement. This meant that we had to settle the bills first and then later, after returning to India, try to get the claim amount subject to rules of the insurance company

I would leave it to readers to imagine that if they are similarity stuck in a foreign country like Singapore, in this situation, how would they come out of this with Singapore Dollar already reaching Rs. 46/- level? Where from would they arrange this kind of money, that too in foreign exchange, and get required treatment?

Luckily, for the lady, she could arrange the funds from her loved one relatives staying in Singapore, and in any case the accident was minor. She got released from the hospital after 2 days, with a total financial damage that could be managed. I have nothing but admiration for Singapore's efficient medical treatment system, yet I feel that whether subjecting a foreigner on a short visit, who was totally fit till few minutes ago and has been admitted because of a fall where the person was just standing on the ground itself, to CT scans and X rays within first hour of admission was itself really necessary? I am not a medical expert and leave the question to the readers.

We have a situation, where increasing number of elderly persons are now travelling abroad from countries like India. Many of them do this trip because it is their lifetime ambition. Most of these people are just middle class people, who have saved for many years to make this trip. What happens if in such a situation, where you do not know anyone around? One answer is to use credit card. But very few elders in India would have limits on their cards, which would be enough for the medical expenses abroad. I would think that this little episode really shows the heavy financial risks and a possibility of total financial ruin, the elders would be carrying on their shoulders, when travelling abroad.

I would leave the decision to the readers, but my advice is that if you are above 65, do not travel abroad, unless you have someone there, who could take care of you in such crisis situations. Otherwise stick to India only, which has many places to visit and the best part of it is that even if something unfortunate like this little episode happens, it would not ruin you financially for your life.