Hazed out in Singapore 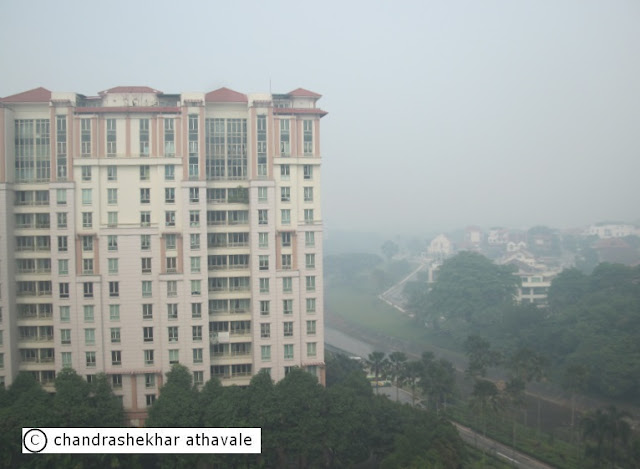 I am a regular visitor to Singapore since last decade or so. I have been here in all seasons. What I mean is that I have visited this place in the months that relate to a particular season like summer or winter as Singapore weather remains virtually same throughout the year and it does not make any difference whether you are here in December or in June. The weather pattern around a normal day essentially remains same. Bright sunny mornings, sultry mid noon and then later heavy downpour early evenings. Weather changes though, sometimes: we might have a heavy downpour and thunderstorm in the dawn itself. On such days. Singapore is at its best, because it remains fairly cool and cloudy with a nice breeze blowing along. But such days are rare and best thing one can do on such days is to go for a picnic in one of the lovely parks around. 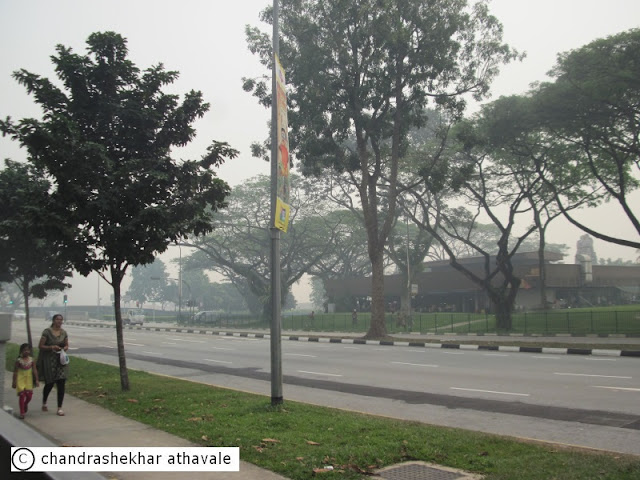 About 3 years ago, I was here during summer months. At that time, I had witnessed a spell of dry days also. On such days, rain may disappear altogether for days or even weeks and then the weather turns really nasty. Unfortunately, this kind of hot weather brings another peril over Singapore. The Indonesian island of Sumatra lies approximately few hundred Km to west of Singapore. This island has acres and acres of palm trees, which are grown here in plantations for Palm oil extraction. During summer time, many Palm oil plantations plant new seedlings after clearing forest lands. The easiest method of clearing such forest lands is what is called as slash-and burn method, in which forests are cut and then burnt. Incidentally, the land over which, these forests have been in existence for thousands of years, is known as peatland, that contains high percentage of peat; an organic material consisting of spongy stuff formed by the partial decomposition of organic matters. Peat can be used as a fuel. Readers can well imagine how the fires ignited by the planters can possibly spread and keep smouldering and smoking for months and weeks. These fires get extinguished naturally by the tropical rains, that can fall any time. 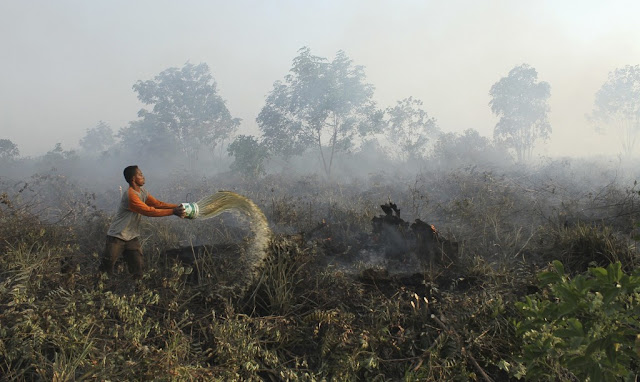 During months of June and July, the moisture in this part of the world is sucked away by the southwest Monsoon towards Indian subcontinent and the result is that Sumatra bush fires can continue for weeks or even months, if the season remains dry. These fires produce heavy smoke that gets released in atmosphere and tonnes and tonnes of it are carried over to skies in coastal Malaysia and Singapore and further to South China Sea. For last few days, this is what is happening in Singapore and is commonly called as haze here. 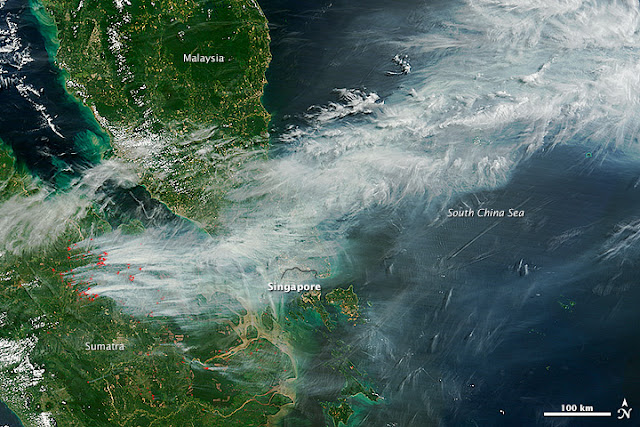 Haze is just air pollution and is also measured by Pollutant Standard Index or PSI. If PSI remains below 50, the air is considered normal and healthy. For PSI values around 100, one starts noticing it and above 300 it is called hazardous with any outdoor activity considered risky. On 17th June 2013, PSI crossed 100 in Singapore. Since this happens every year, people were not much worried. But this year has turned out exceptionally bad. PSI went within two days to 350 level and then above 400. At this value of PSI, the advice is to stay indoors. 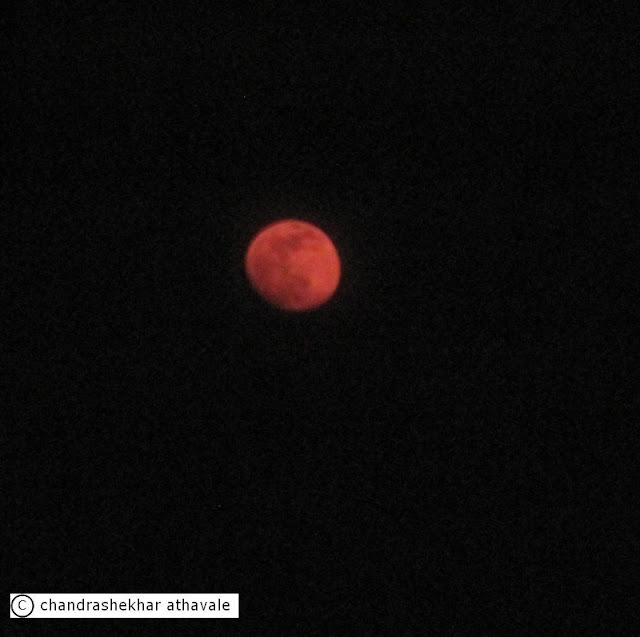 If one looks outside, from a window, there is a grand deception of mist and fog, having spread everywhere, but a little sojourn outside would make your eyes watery: you would get probably sour throat and in some cases breathlessness and headaches. Things are pretty bad here, since last two days. No exercise of any kind is possible outdoors. Government has advised that people should wear a N95 mask for protection. I visited a hospital this morning, accompanying a patient. There was a long queue at hospital pharmacy for buying N95 masks. 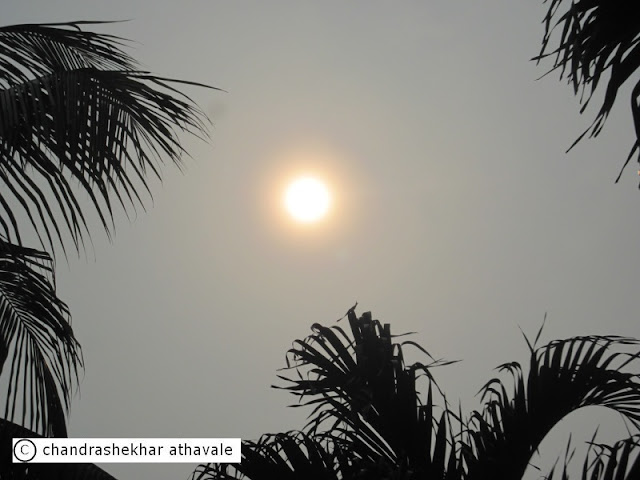 Singapore Government, feeling helpless and unable to take any measures, keeps blaming Indonesians, who says that Singapore is behaving like a small child and they are trying to do all they can as est coast region of Sumatra is also suffering even more, being nearer to the source of fires. Finally Singapore's Prime Minister has accepted yesterday that not much cane be done to improve the situation and Singaporeans have to bear it.

I have read earlier in books descriptions of what would happen in case of a nuclear winter, caused by a catastrophic explosion on earth. Singapore Haze is something like that, though on a smaller scale, I think. I tried to photograph the Sun in the afternoon and the Moon in the night. Both look so weird and out of this world.

Like million other Singaporeans, I am just sitting at home with all windows closed. Luckily, with the top class Singapore infrastructure in place, at least there is no power outage or zero chance of broadband connection getting lost.

I am just hazed out, that's all.