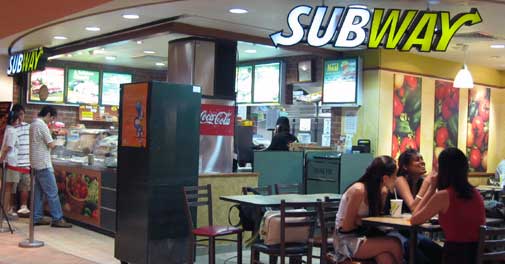 On one fine morning few months back, our entire fleet of domestic help, which consists of two ladies working for about an hour or two, every day for us, announced that they would not be reporting for work for next 4 or 5 days due to their busy schedules. It was a major crisis for us and particularly for my wife, as she immediately foresaw mountains of unwashed utensils, heaps of clothes awaiting to be hanged for drying and a stinky house that needed cleaning. I managed to convince her that our inability to clean the house for next 5 or 6 days is not exactly a calamity and there is very little chance of our house looking like a garbage dump. Finally, she was convinced and we decided to delay all house cleaning operations for next 5 days. We also decided to keep our laundry to minimum so that hanging clothes for drying would be a minor endeavour. This meant that only the problem of washing utensils and crockery remained. I made a suggestion that we should eat out for next 5 days so that the problem is struck at its roots.

For next couple of days, we tried different eateries around my house for having lunches and dinners. It was a pleasant experience though bit heavy for our digestive systems and my pocket. But you need to take such things in your stride. On one of the evenings, my wife suggested that we should go and have a Subway sandwich at an outlet nearby. I agreed and we set off to the place. I found that it was not very crowded only with some young crowd hanging around. I ordered what we wanted to eat and waited near the counter. Meanwhile few more young guys entered and ordered their meals. After some wait, my order was filled and we sat down on one of the benches to eat. We had ordered a sandwich, some potato wafers and sodas. As I was eating, I realized that almost everyone in that small place was looking at us. They were watching us and what we had ordered and were eating. I had never felt so awkward in my life, and mentioned this fact to my wife. She too had somehow realized this. It was clear that the young crowd in the eatery were considering us as aliens of some sort or someone unfit to join the crowd there. We finished hurriedly and left the place.

Later on, I kept remembering this incident and tried to figure out the reason for this funny treatment given to me by the young crowd, who obviously had considered us as outsiders. I then realized that actually I was really an alien for the young crowd there. They could not understand, how anyone who is on the verge of his seventies, could sit along with them in a place like Subway and eat and drink stuff served there. According to them the place was strictly no go for us. It seemed that my wife and I had crossed an invisible line of sorts in our lives and were now on the wrong side.

Ferguson College Road is one of the upmarket areas in my home town Pune. The road is full of eateries of all kinds starting from south Indian snacks to Burgers and Pizzas. On this road, two restaurants that serve south Indian snacks and located withing hundred or two hundred meters from each other, have been in existence since last 50 years. Both serve more or less similar stuffs, yet there is a clear demarcation. One of the places is patronized by young crowds and to go there is the “in” thing. The other place is known as the one for the oldies. Young people are seen here only to a lesser extent. No one knows, who has classified these places but somehow it exists. It would appear that there is a line somewhere between these two places and as you grow old you are pushed to the place supposed to be meant for oldies. 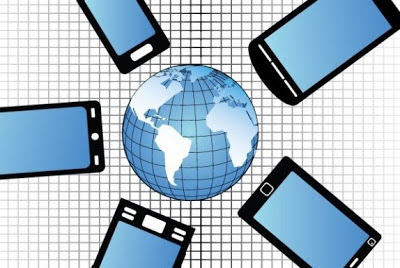 I have been a fairly tech savvy person throughout my life. I was one of the few first who had purchased a TV set, when TV transmission had just started in Pune sometime in 1970's. I had built a Hi Fi music system and had a VCR in my days. Yet, I did lost my tech savviness somewhere down the line. Recently, I accidentally found myself amongst much younger crowd, flashing their android smart phones, chatting with friends around the world in funny English on something called as WhatsApp, taking pictures with their phones and Instagramming them to their friends. I felt very odd and did not even dare to take out my old Motorola Razr mobile phone out of my pocket feeling that I would look odd in that crowd and just kept quiet. This suddenly made me aware of the fact that I was mo longer tech savvy and on the contrary have become technologically a very orthodox and backward person. 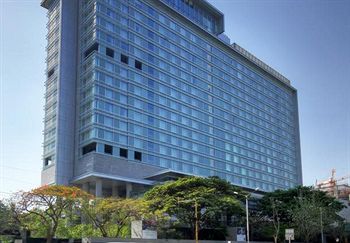 Other day, someone asked me about good eating places around Pune. I was astonished to find that I hardly knew any places except for the few old places, that prominently included my club too. I did not even know names of any of the new places including some 5 star places that have come up all over Pune, leave alone thoughts of visiting them. It was clear that I had lost my edge compared to people around me, who were more knowledgeable and cool. They all appeared to be doing things that were something better, newer and hipper. They, along with the people they appeared to know, looked more relevant, to today's world. On the other side was I, not able to understand the new ways of business, new technologies

It is becoming increasingly clear that I am terribly ignorant of almost everything now, the latest TV shows, films, music. My favourite shows and music has been around for more than half a century. It is obvious that I am on a slide, with all the young people standing on the banks, that appear on a higher plateau and there is no real chance of catching up with them.

Yet, an inner voice tells me that all these things are just superfluous and given a chance, I can still cope up with most of the new technologies. The real question is whether I have the energy or the inclination for them or do I really care to have them.

We no longer go and eat our Subway sandwiches in the bar. We get them packed to go, come home and enjoy them with a soda and wafers. This way it is even better.