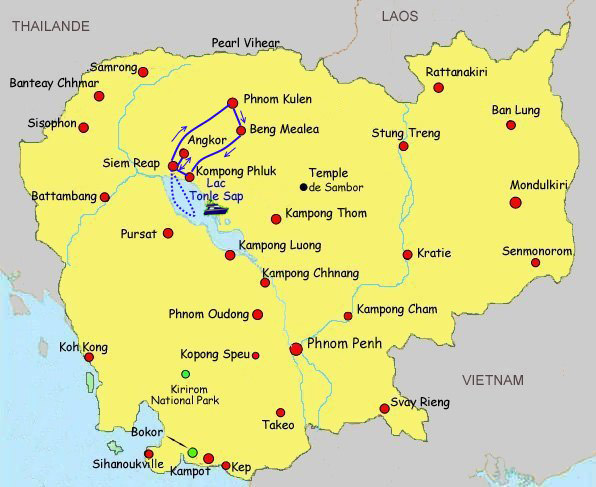 About 30 Km north of Cambodia's greatest medieval wonder; Angkor Wat temple and to the south of Dangrek Mountains lies an isolated chain of small mountain plateaus of moderate height. This mountain chain, known as Phnom Kulen, is considered as a holy mountain in Cambodia. It is of special religious significance to Hindus and Buddhists who come to the mountain in pilgrimage. These mountains also have great historical significance. In the year 804 CE, Khmer King Jayavarma II had proclaimed independence from Java from here. 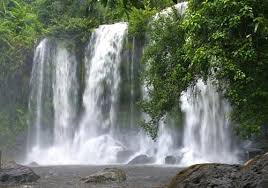 The mountain range, known as Mahendraparvat in ancient times, stretches for about 40 km in a WNW - ESE direction. Its highest point is 487 m and its height is quite regular, averaging 400 m all along and is formed from reddish brown sandstone. Almost all of Cambodia's ancient temples were built with stone quarried from this mountain range. The Phnom Kulen mountain is always mist clad and has number of beautiful water bodies and falls. 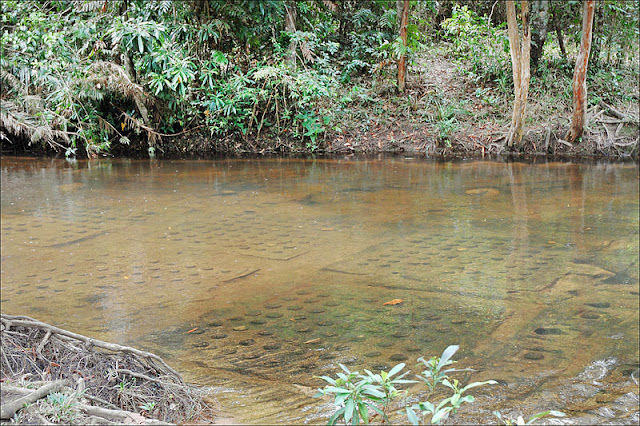 Many Phallic carvings from Jayavaraman II era, representing fertility, are found just 5 cm under the water's surface and which have special significance for Hindu's. Over 1000 small Lingam carvings are etched into the sandstone riverbed here. King Jayavarman II chose to bathe in the river, and had the river diverted so that the stone bed could be carved. Carvings include a stone representation of the Hindu god Vishnu laying on his serpent Ananta, with his wife Lakshmi at his feet and a lotus flower protruding from his navel bearing the god Brahma.

In recent times, during final years of the civil war, the Khmer Rouge used the location as a final stronghold as their regime came to an end in 1979. They had extensively and indiscriminately mined the entire mountainous area with landmines. This has put serious limitation and restrictions on archaeological exploration of this area. 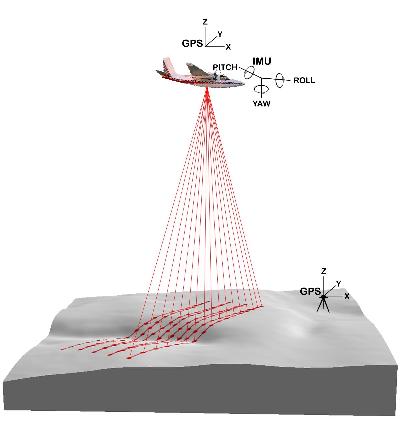 During last decade, a new powerful technology has become available to archaeologists for remote exploration of any archaeological sites known as LIDAR or light detection and ranging data. When Damian Evans, director of the University of Sydney’s archaeological research centre in Cambodia, learnt of this technology, he helped to set up the Khmer Archaeology Lidar Consortium, made up of eight organisations including his foundation, Cambodia's APSARA National Authority and the University of Sydney's Robert Christie research centre to survey the Mahendraparvat sites using LIDAR. The project was actually a big gamble as this technology was never before used for archaeological research in tropics. It was going to cost more than a quarter million Dollars to implement and required close co-operation from archaeologists from 7 countries along with high-level approval from the government in Phnom Penh.

This technique requires an airborne Laser scanner, that fires rapid laser pulses at the landscape and a sensor mounted on it, measures the amount of time for each pulse to bounce back. By repeating the process billions of times, the instrument builds up a complex picture of the terrain it is measuring. The project consortium commissioned an Indonesian company, PT McElhanney to transport a Leica airborne laser scanner to Cambodia. After the equipment reached Cambodia, a helicopter flying at height of 800 metres in intense tropical heat, methodically criss-crossed 370 square kilometres of remote, forested areas of north-west Cambodia, over next seven days and collected billions of data points and about 5000 digital aerial photographs, enough fodder for archaeologists to keep them busy for years.

When the images formed from LIDAR survey by using billions of laser pulses, were examined, archaeologists observed that the images had effectively peeled away the jungle canopy that had grown over the ancient ruins and allowed them to see structures that were in perfect squares. The scanner images were found completing a map of the city, which years of painstaking ground research has been unable to achieve. The city is being called as Mahindraparvat: quite wrongly I feel, because Parvat in Sanskrit means a mountain and you can not call a city as a mountain.

The scanner images indicate that Mahindraparvat was a flourishing medieval city about 1200 years ago with more than two dozen previously unrecorded temples and evidence of ancient canals, dykes and roads.

Armed with Laser scans, the archaeologists now have began expeditions to actually find out the sites pointed out by scan. They need to traverse deep, rutted goat tracks and knee-deep bogs after travelling high into the Phnom Kulen mountain on motorbikes. Everyone involved in these expedions is sworn to secrecy until the scan findings are scientifically peer-reviewed. So far they have found pedestals from collapsed temples that were probably looted centuries ago, piles of ancient bricks, two temple sites where no carved rocks or ancient bricks could be found scattered nearby, indicating they have never been looted and a cave with historically significant carvings that was used by holy hermits who were common during the Angkor period. The scan also has revealed hundreds of mysterious mounds several metres high across the mostly buried city. Some archaeologists believe that these could be tombs where the dead were buried.

According to the believed Cambodian history, King Jayavarman II descended from his mountain capital on Mahendraparvat to build another capital city near where Angkor Wat now stands. The finding of a city on the mountains, more or less confirms this. Scientists are now already thinking of figuring out the reasons that must have made the king to leave his mountain abode and come down.