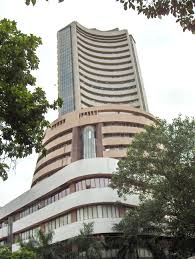 A periodical, published from here in Singapore, regularly interviews celebrities and upwardly mobile couples. One of the standard questions that is asked to these people, is to ask them to list their best and worst investment decisions, which they have made in their life. Since I do not fall in either of these two categories; celebrity or upwardly mobile; there is virtually no chance of me getting interviewed for this column ever and therefore no one is going to ask me about my best and worst investment decisions as well.

I therefore thought of asking this question to myself and realize that it is fairly simple to answer this, but somehow while trying to answer, what I recollect most are the missed opportunities or in other words; the investments I never made but should have. But let me first answer about my best and worst investments. All my worst investments were done in the early days of my trading endeavour on the stock market. And I am proud to say that every single investment I made in shares was a mini disaster by itself with losses ranging between 50 to 75% of the investment. But I suppose that it is part of the learning curve and slowly I learned not only how to loose money but actually earn it. Coming to my best investments, there are three investments that stand out as my best investments. Sometimes in 1970's, I bought a small plot of land for about 16 Indian Rupees per square foot. About 25 years later, I could resale this land for a price exceeding 100 Indian Rupees per square foot, a handsome return. Similarly, some shares of and Indian company that makes cigarettes, consumer products and is in hotels also, is another of my best investments.

However, I am not writing this post to talk about my investments really, but rather the missed opportunities. In early 1970's, I used to work in Indian mega city of Mumbai and used to stay in a decent locality in a good neighbourhood in an rented apartment. Subsequently, I decided to relocate in the city of Pune. I went to see the owner of my apartment and informed him about my decision. He then told me that anyway he owns two apartments, which he does not need and can sell the apartment, where I was living, to me, because I am an honest man with straight forward dealings, for a price of 30000 Indian Rupees. I came home and discussed things with my wife. We felt that, it was far beyond our reach, to raise that kind of money and we should just return the apartment to the owner. Would you believe that the market price of that apartment today, is more than 10 Million Rupees and every time when I pass by that area, since then, I have always felt extremely sad for having lost such a golden opportunity, that had come my way so early in my life.

1970's also saw arrival of my younger daughter in our family. We naturally celebrated the new arrival. On that occasion, my wife and I received cash gifts or “Ang Pau,” as Singaporeans would describe it. The total amount of money we received was more than a 1000 Indian Rupees; a princely sum in those days. We decided to invest this amount in a long term bank deposit of 22 years, so that we would get a large sum that can be useful for meeting expenditure required for her education or marriage. After 22 years, we got the money back but the amount was no longer a large sum with an yearly inflation of those 22 years, eating away the value of the Rupee. This was another one of my missed opportunities. If I had invested those 1000 Rupees in shares for example, I would have earned a much better return no doubt.

The point I am trying to make is that we all make investment decisions in our life, some turn out to be correct and some disastrous. Instead of repenting about that, we should see that no opportunity is ever lost. We should always grab the opportunity. Our decision may turn out to be right or wrong. It does not matter. We can always cut the losses later if our decision proves wrong. But, we should not miss the opportunity for any reason.