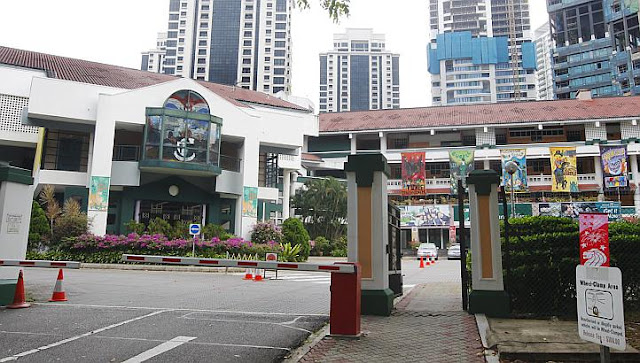 If I ask the readers a simple question, What is the major problem facing mankind today? I am sure that I would get a wide range and endless list of answers starting from over population, water scarcity, environmental changes, inflation etc. etc. But, after reading today's news papers in Singapore, I am convinced that all of us, that includes me, would be totally wrong. The real universal problem that is facing mankind today is securing a Primary School admission for the child for the first year or grade as they call in US. In Singapore, it is abbreviated as P1.

As far as I remember, about my primary school admission, I do not think that there was any process as such at all. My parents must have selected the school, where they thought, I should be going. My mother just took me to the school on one of the days. We met the principal of the school for few minutes. Then he called a teacher, who taught the first grade class, introduced my mother to her and then pointed out his finger at me. That was it. I trooped to the class along with my teacher. That was all the process of admission for me.

About 25 or 30 years later, when I sent my child to school, things were not much different. There was a good school in our neighbourhood, which had both Kindergarten and the Primary schools. On one of the afternoons, my wife made a trip to the school. The school management told her to send the kid to the school next day. Only thing they checked was the birth certificate to ensure that the child was of proper age, to be admitted to Kindergarten.

The Primary school admission process today, no longer has remained that simple. In Singapore, I find it extremely complicated, if a parent wants his first child to get admitted to particular school of his choice. I am specifically saying, the first child because for siblings, things are rather simple. They always get admission on top priority to the same school where their elder brother or sister is studying. In Singapore, they put such siblings in Phase 1 of the admissions process.

But for the first child, this category is of no real use and for him real admission process is now done from Phase 2 onwards. Singapore schools start their academic year with the new year every year. The P 1 admissions process starts in June and ends in September. After that there is hardly any chance of getting admission to a top school.

Readers would realize that none of this is very useful for children of parents, who might have studied somewhere else. For them, the next phases are important. Phase 2B is for a child whose parent has joined the primary school as a parent volunteer, who has given at least 40 hours of voluntary service to the school. This is very interesting. A parent must apply and has to be selected by the school to do this voluntary service, which could be like helping in the library or joining school excursions to help teachers. To do this, the parent has to apply to the school in the previous year and complete this service during that year. So for parents serious about admissions, the admission process actually starts almost an year earlier. 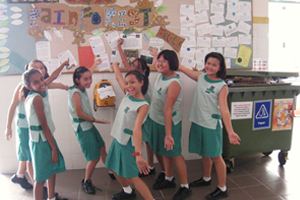 After this phase, starts the real competition for few remaining or balance admissions in Phase 2 C and 3 and considering the mad rush of parents to get the best school for their kids, it is no wonder that people actually move their place of residence to the neighbourhood of the school they desire, to improve their chances. I am quite sure that many of the readers would find this process extremely confusing as I did. But that is how things are done here in Singapore.

Even in India, things have become extremely complicated now. Since most of the good schools have their own Kindergartens, the real competition for admissions begins even earlier. Last year, India's Supreme court gave a new interpretation of Government's right to education act. According to this order of the court, each and every school has to reserve 25% of admissions for children of economically weak parents. This has further caused a pressure on admissions on schools and the anxiety and worry of parents has increased many folds. I do not have much idea about other countries, but from whatever little I know, I do not think that things are any better except for Scandinavian countries. Even in China, which is supposed to have a classless socialistic society, mad rush for better schools continues.

No wonder that Primary 1 school admissions remain to be the number one challenge faced by young parents today.