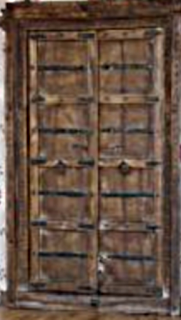 I grew up in a joint family, which consisted of, besides my parents and a sibling, my grand parents and grand grand mothers. In addition, we always had couple of old widowed ladies staying with us, who were family acquaintances and had no where else to go. They just stayed with us and helped my mother and grand mother with the household duties. That is how it used to be in most of the households in India, half a century ago. We had a fairly big, multistoried house with each individual having a room for himself. My parents and we kids, had a suite for ourselves. The kitchen, dining room and toilets were all common. There was no luxury of attached bathrooms.

Our house had three doors. The front door was very formal looking leading to a lobby and a staircase. The lobby opened into a veranda, which had another door opening into a court yard. There used be one more door near the pantry and washing rooms, from which usually servants came in and went out.
Surprisingly, the front door of the house was used very seldomly, mainly when we had some important guests visiting us or at the time of Deepavali festival, when my mother would lighten up rows of oil burning earthen lamps on both sides outside the door. Except for such occasions, the front door remained closed, locked with a padlock. Everyone used the veranda door, which was always referred as back door. All our relatives, acquaintances, postmen knew that to approach our house, they needed to ring the bell on the back door. Everyone in the house had almost forgot that our house also had a front door. 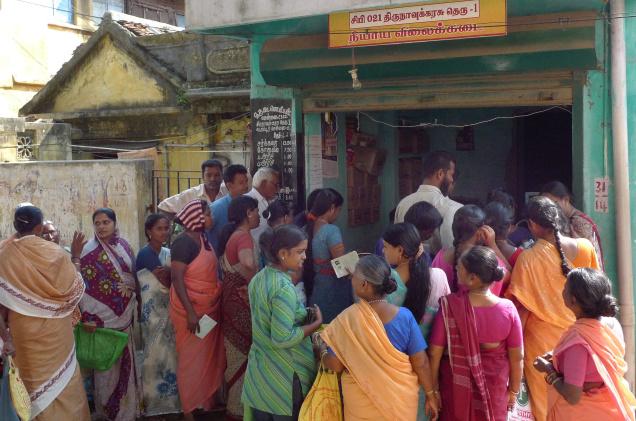 As I grew up, I soon realized that the concept of a back door was not so simple and straight forward like the back door in our house. A back door had meanings like “Fifty shades of gray” or had many undertones in it. In those days, India faced great shortages of almost all commodities including food, cooking oils and sugar. These commodities were rationed and used to be sold through Government controlled shops at prescribed prices. However, every time I passed along the street, where our ration shop was located, I would always see notice boards proclaiming no stocks of these commodities. Still, we always managed to get our rationed quota of food every week or fortnight. We had a man Friday in our house. We used to call him “Babu” though his real name was Mohamad Shaikh. “Babu” would make trips to ration shops with three or four giant canvas bags attached to his bicycle every week and bring back cereals, oil and sugar from the ration shop. Once I asked him  the secret of his success with the ration shop, when the shop displayed boards declaring that there were no stocks available of these commodities. He had just laughed and told me that everything is easily available from back door. I had then learned for the first time, one of the uses of these words.

Any foreign visitor arriving at an Indian airport, experiences serpentine queues at the immigration counters moving at snail's pace. He would also see some special people arriving on the same flight as his, being taken to the immigration counter by a special route and being cleared quickly. These people would be usually accompanied by some humble airport staff, who would whisper something in the ears of the immigration officer and these people would be through, whereas others, including the foreign visitor himself, would rot in the long queue. This would be that foreigner's first experience of the back door system prevalent in India. 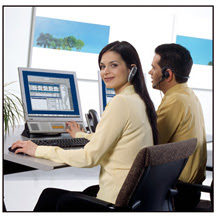 Back door systems works everywhere. Be it getting admissions for your child in a kindergarten school or buying rail tickets. Sometime back, Indian railways introduced computerized on line reservation systems to overcome the back door system. However, Indians are always super ingenious, when they face such minor challenges. A glitch was soon discovered by which front door ticket sale could be blocked , while agents got tickets for their back door customers.

Till liberalization of 1990's, vehicle production was totally controlled by the Government. A Fiat car would take more than 12 years to arrive at your door. Even a modest two wheeler scooter delivery could take as many years. If you needed a scooter yesterday, What would you do? It was simple! Use the back door entry and get it. You may have to pay double or triple the price, but delivery would be next day. There were thousands of intelligent people, who would book scooters on names of every family member and when it was delivered, sold it back to the dealer himself with lots of premium. Dealer would then sell it to the needy customer coming from back door. Wasn't it a simple arrangement?

Even in International relations, Indian are very clever. Pakistan and China are two of our neighbours, with whom India has border disputes and strained relationships. It is almost impossible to start any direct negotiations with them as their would be public anger. So, the Government sometime back started back door negotiations and called it track II or track III discussions. These track II or track III negotiations also did not bring out desired results. But that is a different story.

Recently, I renovated my old house. In the new plan, our beloved back door and the veranda were demolished. We all now use the front door, though I miss the back door no doubt. I might have changed my entry from back to front door, but not so by Indians. In India, back door entry is the surest way of acquiring or getting entry to anything you want quickly and surely. Back door reigns supreme in India.