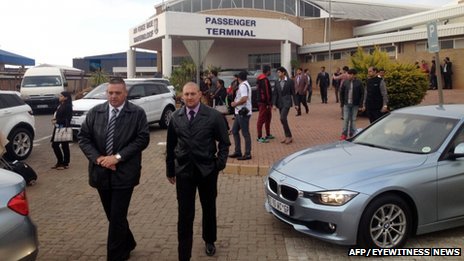 About 2400 years back, Emperor Ashoka sent all over South East Asia, including China, Japan and Korea, his messengers to spread the divine light, brought to humans by Shakyamuni Siddharth Goutam Buddha, born three hundred years before his time, in form of a new religion known as Buddhism. Similar to this deed by the emperor Ashoka, new and young businessmen of India are now spending their new message of Nepotism, favouritism and skills of bending the rules to virgin lands of Africa as the new Mantra of success.

Ajay, Atul and Rajesh Gupta are three brothers, who arrived in South Africa in the early 1990s from Saharanpur in Uttar Pradesh state of India, shortly before the end of apartheid. They rapidly made contact with rising stars of the new black elite coming to power. Today they have a huge business empire in South Africa with business interests that cover mining, aviation, technology and the media. Guptas live in a 52 million rand mansion in Saxonwold, a Johannesburg suburb lined with century-old oak trees. The Gupta brothers are alleged to have close political links and two of President Jacob Zuma's children have served as directors of Gupta-owned firms.

Last week Gupta family celebrated the marriage of one of the offspring in a lavish affair reminiscent of such marriages held by super rich in India, in the Sun City resort. Gupta family had invited about 200 guests from India for the wedding and flew them by a special chartered airplane from India. It is believed that some politicians, Indian Government officials and few Bollywood stars such as actor Anil Kapoor and singer Shankar Mahadevan were also invited to South Africa for the wedding.

So far so good! Nothing objectionable in all this. Guptas have loads and loads of rands, and there is nothing objectionable if they decided to spend it on a family wedding. But the problem came when it was found out that this chartered plane coming from India did not land at the Johannesburg international airport, as would have been expected but at Waterkloof Air Force base. From here, South African Police escorted the guests to the casino resort of Sun City for the wedding of 23-year-old Vega Gupta, the Gupta brothers' niece, to Indian-born Aaskash Jahajgarhia.

All hell broke loose when news of this plane's landing at an air force base leaked out to the press. Guptas have denied any wrong doing. They say that they had requested the Indian Embassy in Johannesburg to obtain permission of authorities to receive foreign dignitaries, including some ministers at the Waterkloof Air Force base and only after such permission was received, the plane landed at the air force base. 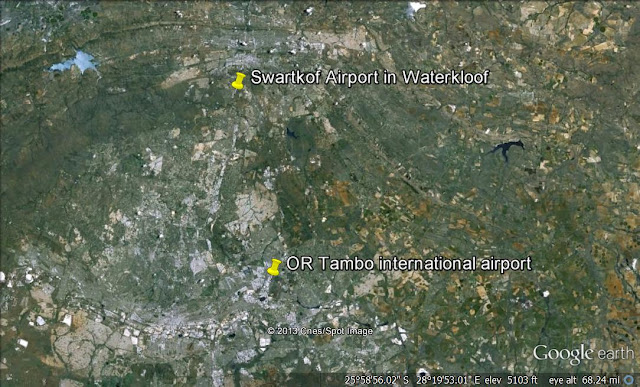 The governing African National Congress (ANC) party and the Congress of South African Trade Unions (Cosatu) have now demanded an investigation into how the guests of the family flew from India to the Waterkloof Air Force Base near Pretoria. ANC Secretary General Gwede Mantashe says:

"The African National Congress, driven by the concern for the safety and sovereignty of South Africa, shall never allow a situation where our ports of entry and National Key Points are penetrated with impunity.”

Even Nobel laureate Archbishop Desmond Tutu has also expressed his disquiet over the relationship and says: "Perhaps the Gupta family would make all those lucrative deals and it is merely coincidental that the president's son is a beneficiary," Archbishop Tutu said. "It may be above board but it is worrisome."

I am not much surprised by this Modus operandi used by the Guptas in South Africa. This is how things are done and run in India. This is how businessmen and politicians collude in India, as has been proved by number of scams that have come to light recently in India and this is how rules are bent commonly in India.

Guptas may be the biggest success story of post apartheid South Africa, but they also appear to be new messengers from India, who are spreading the new Mantra of India, money power, nepotism and corruption are the true winners, if you want to succeed.