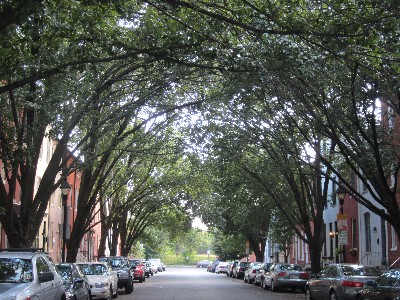 Few weeks back, there was a freak kind of accident here in Singapore. During a especially violent thunderstorm with torrential and heavy rain, a large tree, grown on a side of Admiralty Road West road, got uprooted and crashed on the road. When it fell down, by strange coincidence, it fell down on top of a car passing on the road. The car belonged to a gentleman, who ran a driving school. He was sitting next to the driver's seat and his pupil was driving the car. The pupil was just saved from the impact, but the unfortunate car owner and driving instructor was not so lucky and died instantly in the mishap. Getting trees uprooted in a storm and in a rain outburst is fairly common in Singapore. There were 122 uprooted trees from January to April this year, compared to 184 trees in the same period last year. In 2011, 636 trees were uprooted.

Such kind of freak accidents happen everywhere in the world, but Singapore being what it is, have come out with a measure that probably no one would have thought anywhere else in the world. During yesteryear, most of the roads that led out of my home town Pune, had thick canopy of Banyan trees planted on both sided of the road many years before. Occasionally, a tree used to get uprooted and fell on the road, blocking the traffic. This was probably considered as an occupational hazard for road travellers, and no one ever thought of removing the trees unless there was a plan to widen the roads.

Singapore's “The National Parks Board (Nparks)” now wants to replace some of the tall trees on road sides with trees of less height to prevent such accidents in future. It says in a statement: “ The National Parks Board (NParks) has over the past two years stepped up its ongoing replacement planting programme taking into account shifts in weather patterns in the region. Incidents of "tree failure", defined as anything from broken branches to fallen trees, have been caused mainly by bouts of adverse weather conditions rather than maintenance issues. Some familiar trees with species that might be less vulnerable to mishap are being replaced and also different trees are being grouped together in some areas, so they can withstand bad weather. For example along Bishan Streets 11 and 14, Sea apple trees, a native species typically 30m tall, are being replaced by river Tristanias, which grow up to 20m tall. Other trees, that are being replaced in selected areas include Khaya, Angsana and Rain trees. The first two can reach 30m and are known to be especially prone to breakage. In areas where they are being replaced, smaller trees like the Sea Gutta, which grows to 20m, and the Golden Penda, which reaches 12m, will appear. The aim is to find the right trees for the right areas.”

Nparks also says: "Having clusters of different trees helps break the impact of strong winds, and more stretches of roads have been treated this way over the last year. Along the Central Expressway, which used to be spotted with single Khaya trees, there are now several clusters of mixed tree species.”

Nparks is the official authority that looks after greenery strategy and replacement planting in Singapore, and a decision taken by it is not normally questioned by any one. So in next few years, we would probably see more and more roadside trees planted in a systematic fashion growing only to allowed heights in a highly manicured way, fitting very well with the otherwise orderly and disciplined Singapore. Nparks however claims that Singapore's well-known green image would be in no way under threat.

Personally, I would rather prefer any day, the disorderliness and the haphazard manner of growth of naturally grown trees. According to me the beauty of trees really is hidden in its naturally grown shape. To have a manicured lawn for a playground is perfectly fair, but it can never really match natural beauty of thick wild grasses. A planned avenue may be necessary for urban living, but it can never beat wilderness.

Still, in a way, this decision, to replace taller trees is almost similar to what we all experience now in our lives, in any urban society around the world. We demolish old buildings that seem so awkward and not in tune now with changing fashions and living norms of modern world. For example, we never had any attached toilets in our old home. But, the first thing that I did during renovation process of my house, was to add an attached bathroom. Similar is the case, where all new buildings that come up, have facades with large glass panes, without bothering whether such designs are really suitable for the sunny environments of tropical countries. Fashion, safety and convenience are now the most dominating factors in our thinking.

Probably, even nature acts in the same way, gets rid of old animals and humans by death and replaces them with younger generations, who are better equipped to face the challenges of the modern world. So why be grumpy, resent and complain, when few trees are being replaced by Nparks in Singapore. It seems to fit in general order of things. 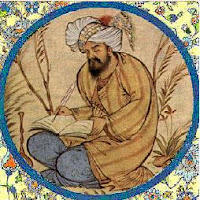 Perhaps we may never have in future, an “Omar Khayyam” writing a Rubáiyát under a shaded palm tree or an Issac Newton imagining the concept of gravitation, sitting below a shaded apple tree and seeing a falling apple, but so what?