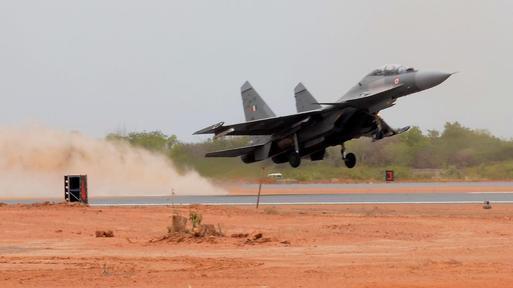 Thanjavur is a historic town deep in the interior of the southern state of TamilNadu on India;s east coast. The city is an important agricultural centre located in the Cauvery river Delta and is known as the "Rice bowl of Tamil Nadu". In the year 1674, a Maratha feudatory “Ekoji I,” who was also the half brother of the great Maratha king “Shivaji,” successfully conquered  Thanjaur and founded the Thanjavur Maratha kingdom which ruled Thanjavur till 1855. The Marathas exercised their sovereignty over Thanjavur throughout the last quarter of the 17th and the whole of the 18th century before British rule took over.

India's defense minister inaugurated a new air force base situated near this town, this week. An airfield of World War II vintage existed here. In 1990 this was used as a civilian airport with a lone flight operating to Chennai every day. Eventually this was stopped and the air field remained disused, The air field has been done up and and has been converted into a spanking new air force station that will handle fighters, transport planes and refuelling aircraft. 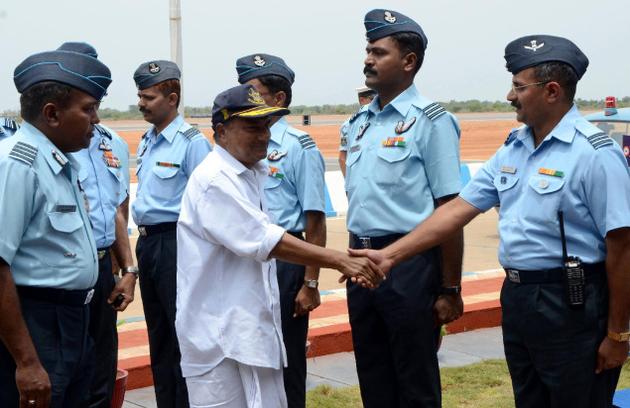 What surprised the observers was the decision to base a squadron of India's front line Sukhoi Su-30 fighter aircraft here, making it the first fighter squadron in Tamil Nadu. Along with the fighter squadron some Unmanned aerial vehicles, UAVs and committed air warriors would be deployed here. Ever since their induction in the air force, Su 30 aircraft were always deployed in bases that served India's western and eastern border areas. This was logical and obvious with India's two troublesome neighbours, Pakistan and China fomenting trouble on the borders. The air squadron is expected to be fully operational by 2017.

The defense minister himself explained the reasons for establishing a full-fledged air station almost near the tip of the southern peninsula, was dedicated to the nation here by Defence Minister A.K. Antony on Monday. He mentioned that considering the current geopolitical scenario and in view of the threat perception in the oceanic region around the peninsula, assets envisaged for this futuristic air base would be able to provide maritime security cover to all strategic and vital installations in this region. According to him this base would be able to protect the territorial waters and borders from any kind of threat. He felt that the strong presence of IAF fighter squadrons in stations like Thanjavur, the country can be confident and feel safe. 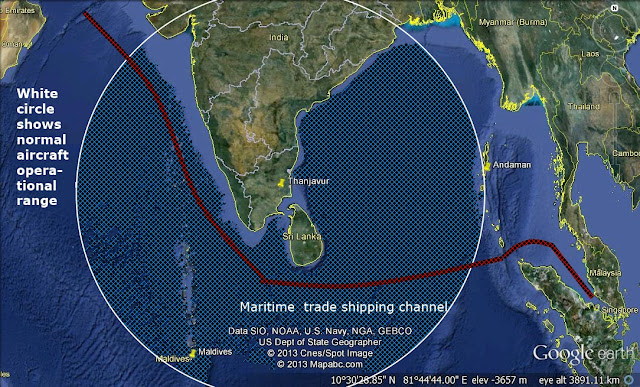 I am giving here a Google Earth map of this region with a circle superimposed to mark the operational range of Su 30 aircraft. Three important observations can be made from this map. The Indian island of Andaman and Nicobar, where a strong air force and navy presence already exists, and the Maldives archipelago falls within this operational area. I have also drawn roughly the maritime trade shipping channels used by all countries in this part of world including China. Most of the oil is carried along these channels from middle east. Thanjaur air base covers this shipping channel completely right up to Melaka straits. This map would make it clear, why India has established this base here and how critical it is going to be with growing Chinese naval presence in Indian ocean area.

As per statement issued by Air Chief Marshal NAK Browne, Chief of Air Staff, the Thanjaur air force station is likely to emerge as a major establishment as air force has extensive plans to equip the airbase with more assets. It is quite amusing to see how security concerns scenario is evolving for India and how strategic steps are being taken to address the concerns.